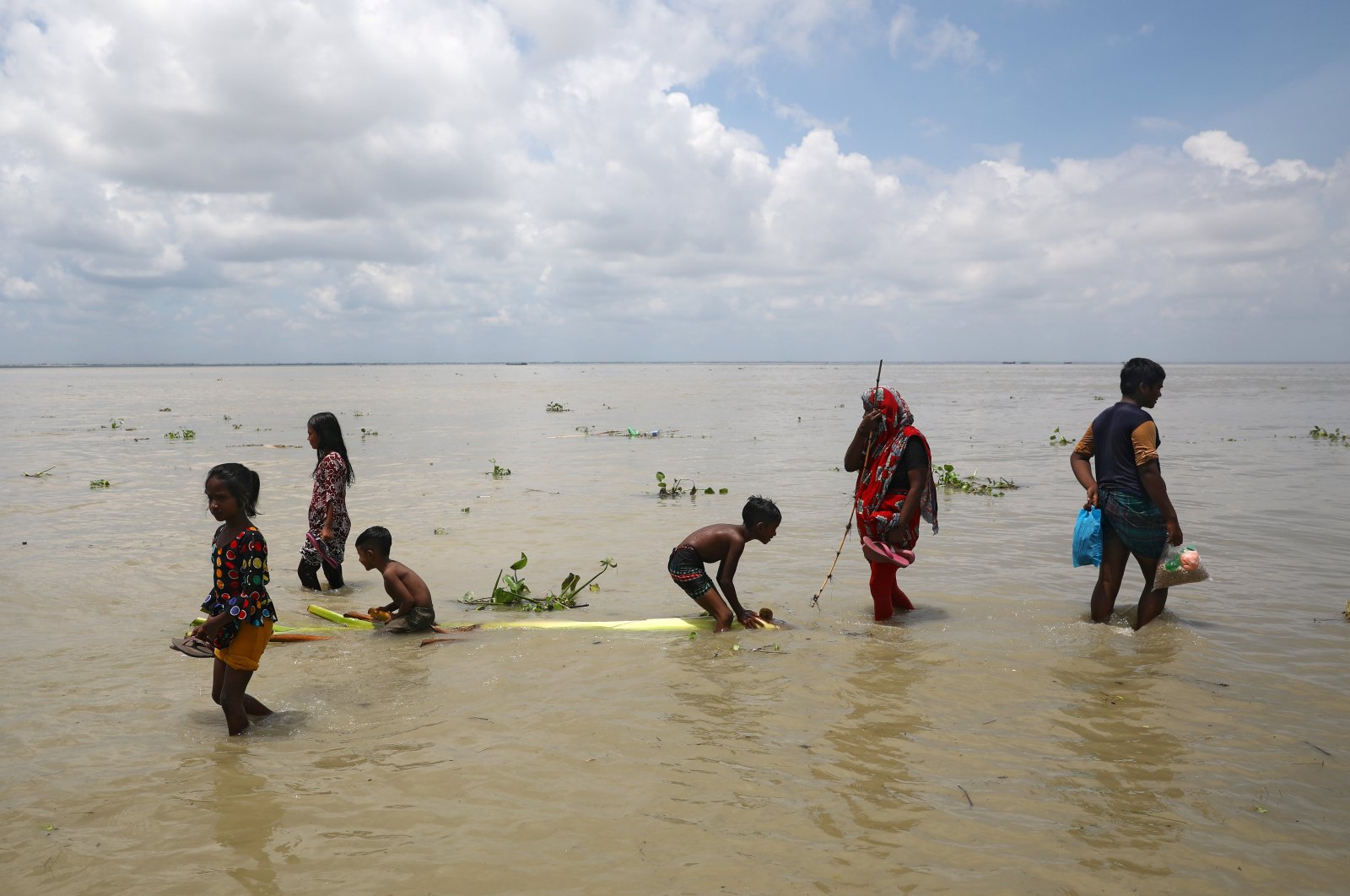 People walk in a street flooded by the Padma River as the flood situation worsens in Munshiganj district, on the outskirts of Dhaka, Bangladesh, July 25, 2020. (Reuters Photo)
by French Press Agency - AFP Nov 08, 2021 10:28 am
RECOMMENDED

The 65 most vulnerable nations will see GDP drop 20% on average by 2050 and 64% by 2100 if the world heats up 2.9 degrees Celsius (5.2 degrees Fahrenheit), according to a report released Monday at the COP26 climate talks in Glasgow.

Even if global temperature rises are capped at 1.5 degrees Celsius, in keeping with the most ambitious Paris Agreement goal, the same countries would take a GDP hit of 13% by 2050 and 33% by the end of the century, the study commissioned by Christian Aid said.

The findings from Christian Aid show that more than a third of the world's nations urgently need help to build up resilience if their economies are to withstand the onslaught of heat waves, drought, floods and storms made more intense and deadly by global warming.

"The ability of countries in the Global South to sustainably develop is seriously jeopardized," said lead author Marina Andrijevic from Humboldt University in Berlin.

"Policy choices that we make right now are crucial for preventing further damage."

Eight of the top 10 most affected countries are in Africa, with two in South America.

All 10 face GDP damage of more than 70% by 2100 under our current climate policy trajectory, and 40% even if global warming is capped at 1.5 degrees Celsius.

The country facing the worst GDP loss is Sudan, which in September was left reeling from heavy rains and flash floods affecting more than 300,000 people.

The countries covered by the report make up two key negotiating blocs at the U.N. climate talks, which run through Friday: the least developed countries (LDCs) and Alliance of Small Island States (AOSIS).

The study does not take into account adaptation measures, which could potentially alleviate some of the damage.

"Africa has done the least to cause climate change yet this report shows it will face the most severe consequences. That is deeply unjust," said Mohamed Adow, director of Nairobi-based climate and energy think tank Power Shift Africa.