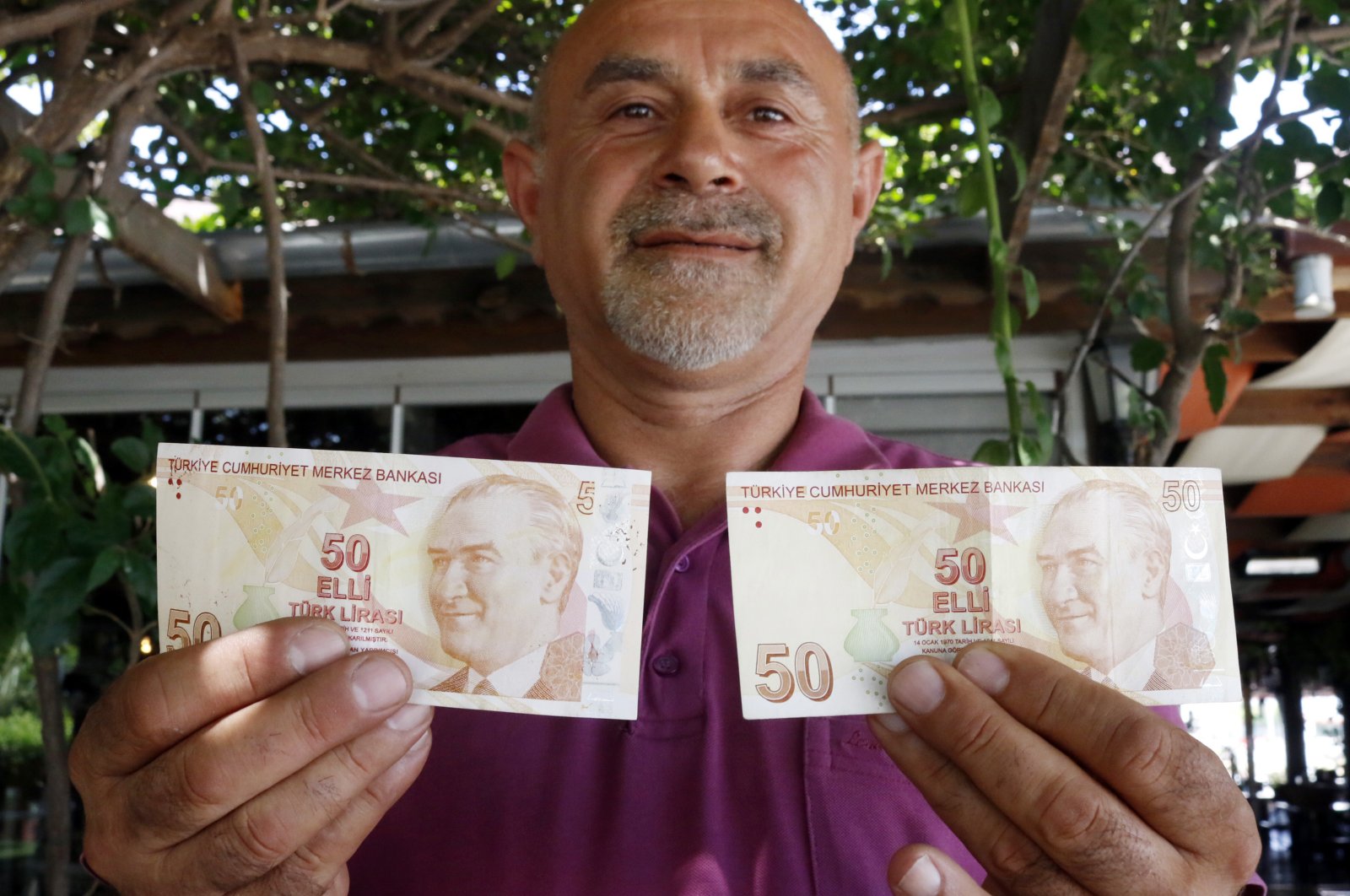 The banknote fell into the hands of Mustafa Şahin, who has an office in Konyaaltı district of southern Antalya province, two weeks ago. There is a nuance on the front side of the banknote as it writes only the number "5" instead of "50" because of a printing error. While he initially thought that the money was counterfeit, it turned out to be genuine after several tests at a bank.

Şahin said that collectors show great interest in such misprinted banknotes, adding that he received offers up to TL 75,000 to sell it. However, he has no intention to trade his special item.

“I heard that collectors pay a large amount of money for such banknotes. However, I want to make my collection,” he said.

Şahin added that there are only three or four misprinted banknotes in Turkey.