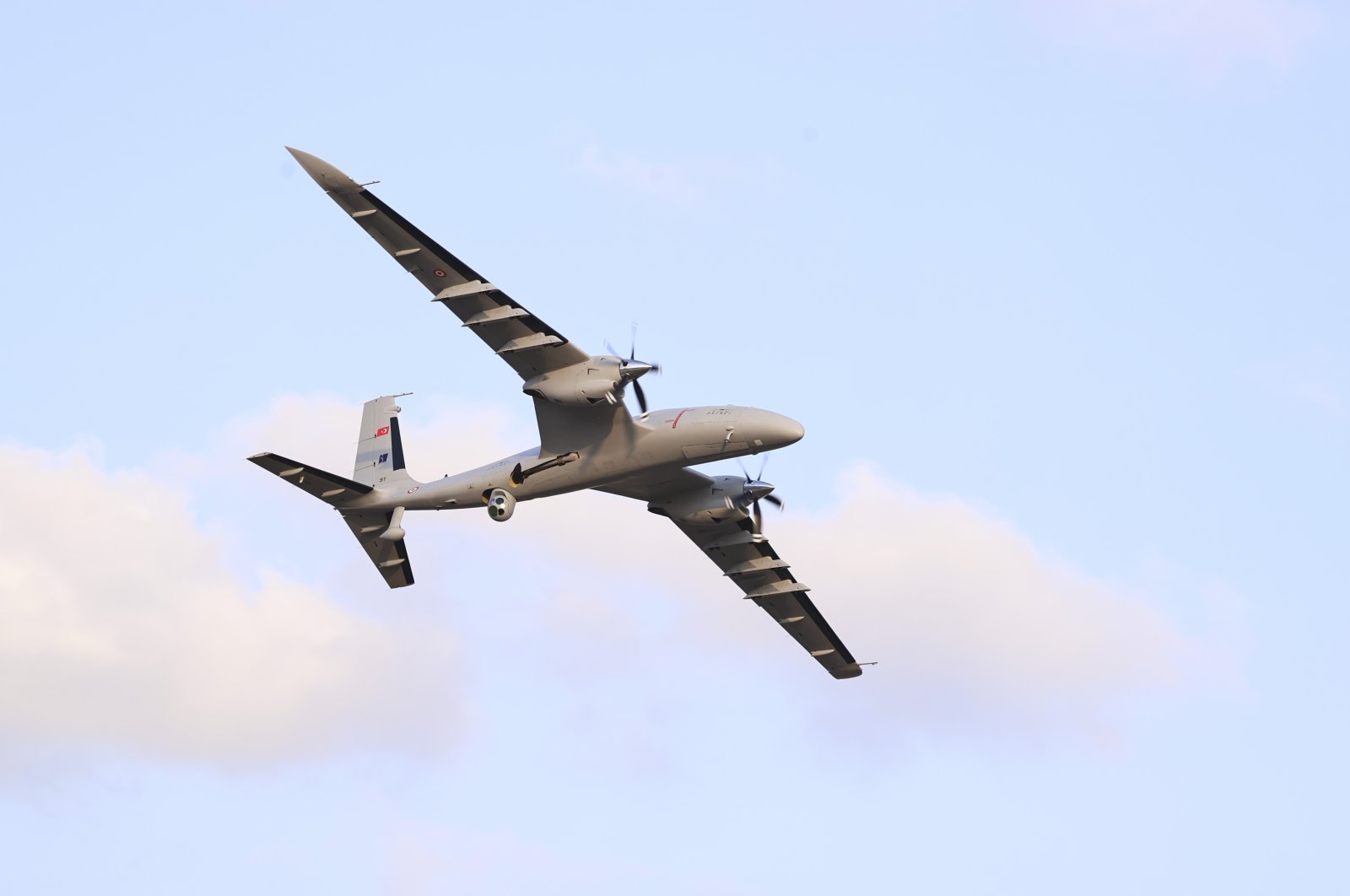 The landmark combat drone Akıncı has joined its first major operation ever as Turkey launched a military offensive against PKK terrorist targets in northern Iraq, the company said.

Named “Operation Claw-Lock,” the counterterrorism operation was launched last week from ground and air and targeted terrorists in the Metina, Zap and Avashin-Basyan regions, the Defense Ministry said.

The ministry said the PKK was planning to launch a large-scale attack and that the preemptive operation was in line with the United Nations Charter’s principle of self-defense.

“The first big operation joined by Bayraktar #AKINCI...,” read a tweet by its developer and drone magnate Baykar.

The unmanned combat aerial vehicle (UCAV) joined the company’s Bayraktar TB2, which has been widely used and sold to a range of countries including Ukraine, Qatar, Azerbaijan and Poland.

Baykar retweeted a video shared by the Defense Ministry featuring both Akıncı and Bayraktar TB2 taking off from an unspecified location before targeting and hitting PKK elements in the operation in northern Iraq.

Akıncı marks the most advanced and sophisticated drone built by the country. It was first delivered to the Turkish security forces in late August last year.

Six of them have entered the inventory so far and have been actively used by the Turkish Armed Forces (TSK), Baykar says.

Akıncı is longer and wider than the Bayraktar TB2 and can perform strategic tasks. It has a 20-meter (65-foot) wingspan with its unique twisted-wing structure and is equipped with fully automatic flight control and a triple-redundant autopilot system.

It can carry various weaponry, including a range of missiles such as Smart Micro Munitions (MAM-L) developed by prominent Turkish contractor Roketsan. It can be equipped with the locally produced active electronically scanned array (AESA) radar and air-to-air missiles Gökdoğan (Merlin) and Bozdoğan (Peregrine).

It is also able to launch several other types of locally made munitions, such as the Roketsan-built Stand-Off Missile (SOM), a long-range air-to-surface cruise missile that can hit targets up to 150 miles (240 kilometers) away.

Baykar says the Akıncı can attack targets both in the air and on the ground. It can also operate alongside fighter jets and fly higher and stay in the air longer than Turkey’s existing drones.

Bayraktar TB2 earned worldwide fame following its deployment in conflicts in Syria, Libya and Karabakh, previously referred to as Nagorno-Karabakh. It has been sold to nearly 20 countries so far, with many other nations expressing interest in buying the drone.

The Turkish authorities have said some 45 terrorists have been eliminated so far in “Operation Claw-Lock.”

Northern Iraq is known as the location of many PKK terrorist hideouts and bases from where they carry out attacks in Turkey. The Turkish military regularly conducts cross-border operations. In 2020, it launched operations Claw-Tiger and Claw-Eagle in the border regions of northern Iraq.

Since its foundation in 1984, the PKK – listed as a terrorist organization by Turkey, the United States and the European Union – has been responsible for the deaths of more than 40,000 people in Turkey, including women, children and infants.