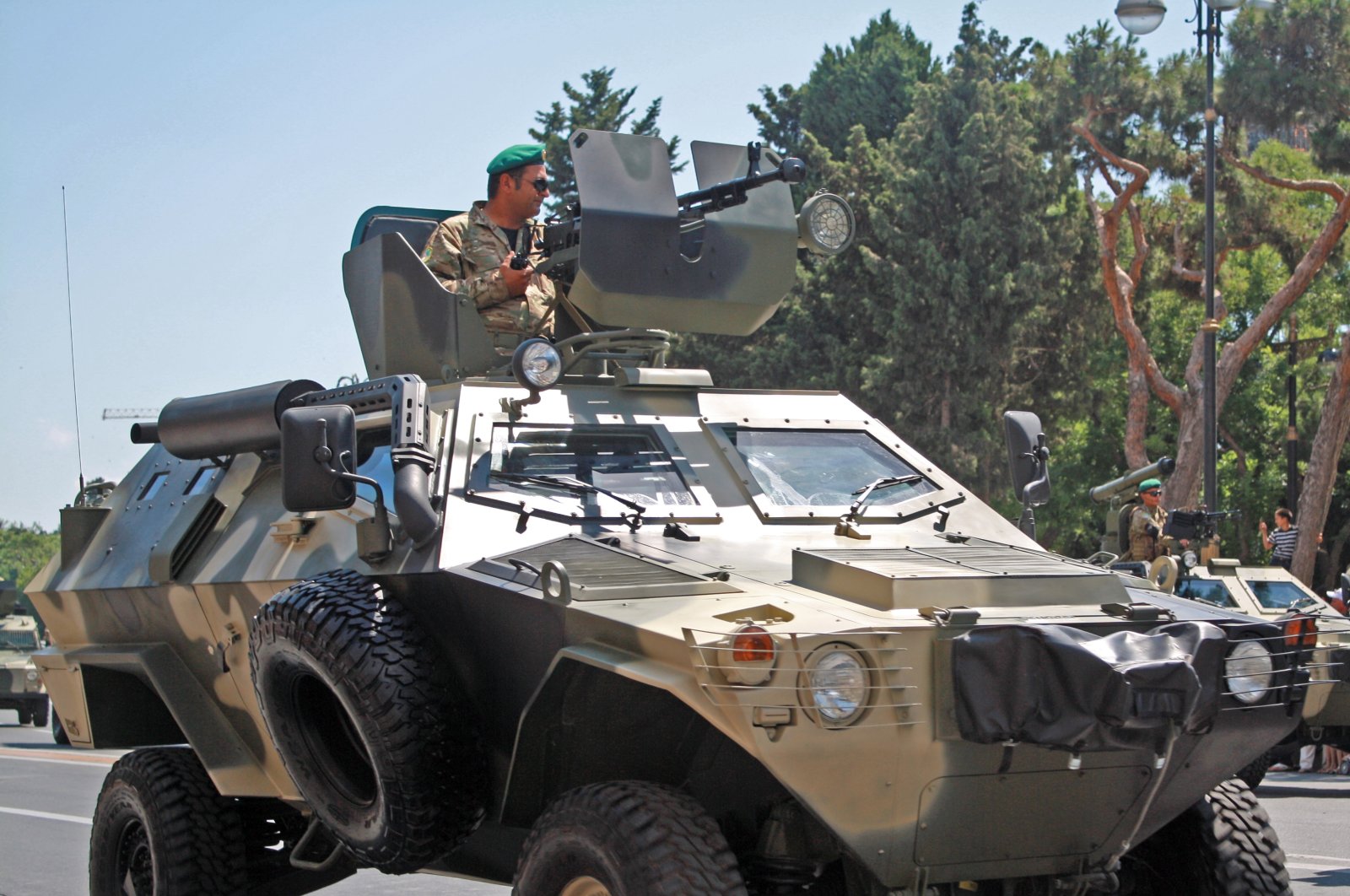 The Kobra armored tactical vehicle developed by Turkish firm Otokar seen in a military parade in the Azerbaijani capital Baku, June 26, 2011. (Photo by Wikipedia)
by DAILY SABAH WITH AA Oct 12, 2020 11:02 am
RECOMMENDED

Philippines in talks to buy US helicopters after dropping Russia deal

Turkey’s overall foreign sales were recorded as $16.1 billion in September, up 4.8% year-on-year and 28.5% when compared with the month before, according to an Anadolu Agency (AA) report published Monday citing Turkey Exporters Assembly (TIM) data.

The foreign sales of the defense and aviation sector on the other hand decreased 17% during the January-September period, totaling around $1.52 billion.

The sector’s exports, which have recorded an 80% increase year-on-year in September, have jumped by 58.7% when compared with August. The September foreign sales of the sector were $281.5 million.

The sector has taken a 1.9% share in the country’s total exports last month and 1.4% during the first nine months of the year.

Azerbaijan took the lead in defense and aviation sector exports from Turkey in September followed by Oman with $62.9 million, the United States with $62.7 million, India with $15.6 million and Germany with $14.5 million.

The highest exports in terms of quantity were also made to Azerbaijan in September.

The U.S. topped the list in defense and aviation imports from Turkey for the first nine months of the year with foreign sales to them totaling around $531.1 million. The United Arab Emirates (UAE) followed the U.S with $127.9 million, Germany with 123.7 million, Azerbaijan with $123.2 million and India with $114.9 million.

The sector has added three new destinations to its foreign buyers' list and exported to 113 destinations last month. It was 110 at the same time last year.

The Turkish capital Ankara, home to the headquarters of a series of defense industry firms, took the lead in defense and aviation industry exports last month. The sector has made $114.4 million worth of foreign sales from Ankara during the period.

Ankara was followed by Istanbul, the central Eskişehir and Konya provinces and western Izmir, respectively.

Philippines in talks to buy US helicopters after dropping Russia deal