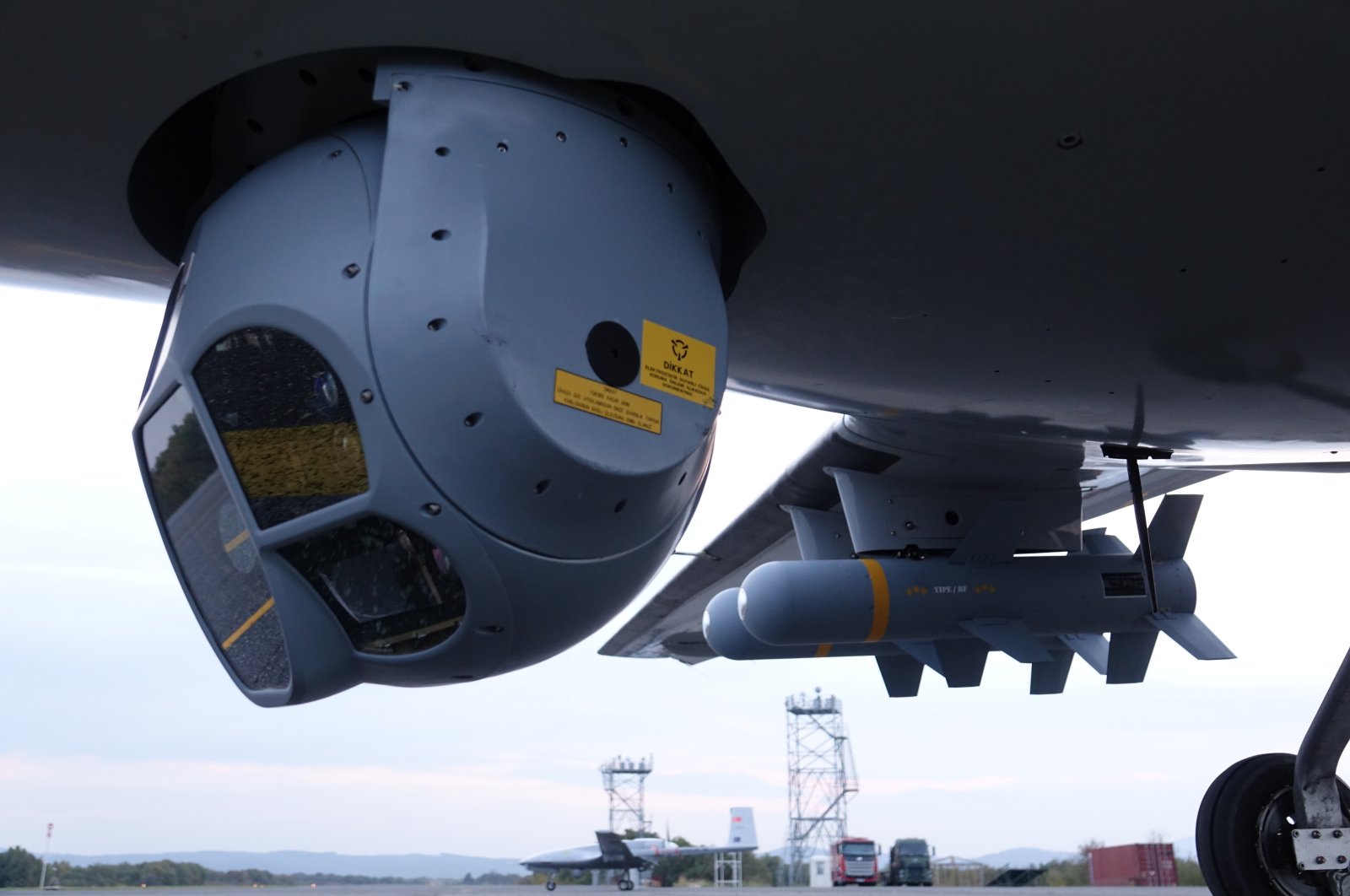 Baykar, the company that developed the armed drone, said in a statement on Twitter that, “BayraktarTB2 UACV successfully carried out the first test shot with the electro-optic reconnaissance, surveillance and targeting system CATS developed by ASELSAN.”

The company also shared a video showing the tests carried out at the Baykar Flight and Training Center in northwestern Turkey’s Tekirdağ province.

The Bayraktar TB2 was equipped with mini smart ammunition (MAM-L) developed by the leading defense company Roketsan during the test. As part of the test flights, CATS' high-speed target locking and tracking capabilities were tested. The MAM-L hit the target with pin-point accuracy at high altitude and distance with laser marking made by CATS.