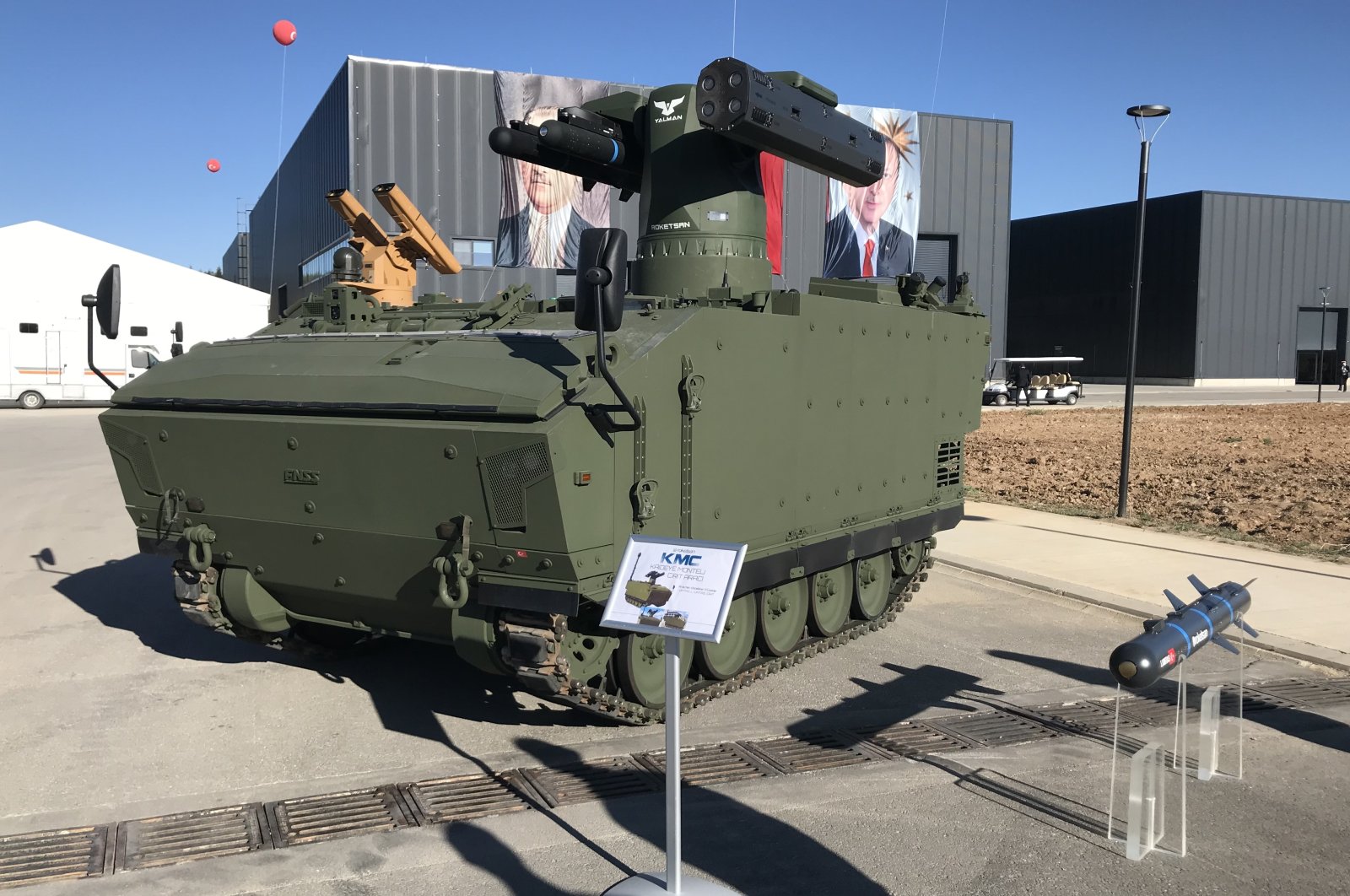 Roketsan, which supplies rockets and missiles to the Turkish Armed Forces (TSK), has created a highly deterrent, nationally produced weapons system capable of countering various threats, as part of its continuing efforts to increase the operational capabilities of the country's security forces.

Roketsan has kicked off many important projects, including integrating medium-range anti-tank weapon system (OMTAS) missiles on the new generation tank destroyer, the Kaplan, the delivery of which is ongoing as part of the country's weapon carrier vehicles project. The project aims to increases the firepower of the land elements of the TSK.

The defense contractor is also carrying out a project to produce and integrate Cirit pedestal-mounted laser-guided missiles with the FNSS Defense Systems, the manufacturer of the Kaplan vehicles. The newly developed the Yalman Weapons System hosts a wide range of weapon combinations.

The Yalman Weapon System was showcased with one UMTAS, one LUMTAS, and four Cirit missiles during the inauguration ceremony for Roketsan’s Space Technologies and Advanced Technologies Research Center and Explosive Chemicals Raw Material Manufacturing Plant held on Aug. 30.

The system will be able to detect, track, and recognize targets from 8 kilometers away.

Research into T1 additional armor, which combines reactive and passive protection for vehicles, has been carried out by the Roketsan Ballistic Protection Center for a while and has now been applied to the German-made Leopard 2A4 tanks in the TSK inventory, which was also exhibited at the ceremony.

With the additions to the tank's existing armor system, resistance to anti-tank missiles have been increased. Although the weight of the tank increased from 55 tons to 62 tons with the added armor, obstacle overcoming and mobility tests in the field were successful. It was proved that despite the increased weight, there were no losses to operational power.

The new armor can protect against all known anti-tank missiles and rocket-propelled grenade (RPG) threats in regions where the TSK is actively in operation.

The upgraded tanks are to be delivered to the army gradually, starting in October. In the first phase, 40 tanks are expected to be upgraded.

Meanwhile, the Roketsan-developed air defense system Sungur, with an 8-kilometer range that can fire up to an altitude of over 4 kilometers, is also expected to enter into the inventory soon.

Sungur is aimed to be delivered over the year with two versions, one to be integrated on vehicles and one in man-portable air defense systems (MANPADS) form.