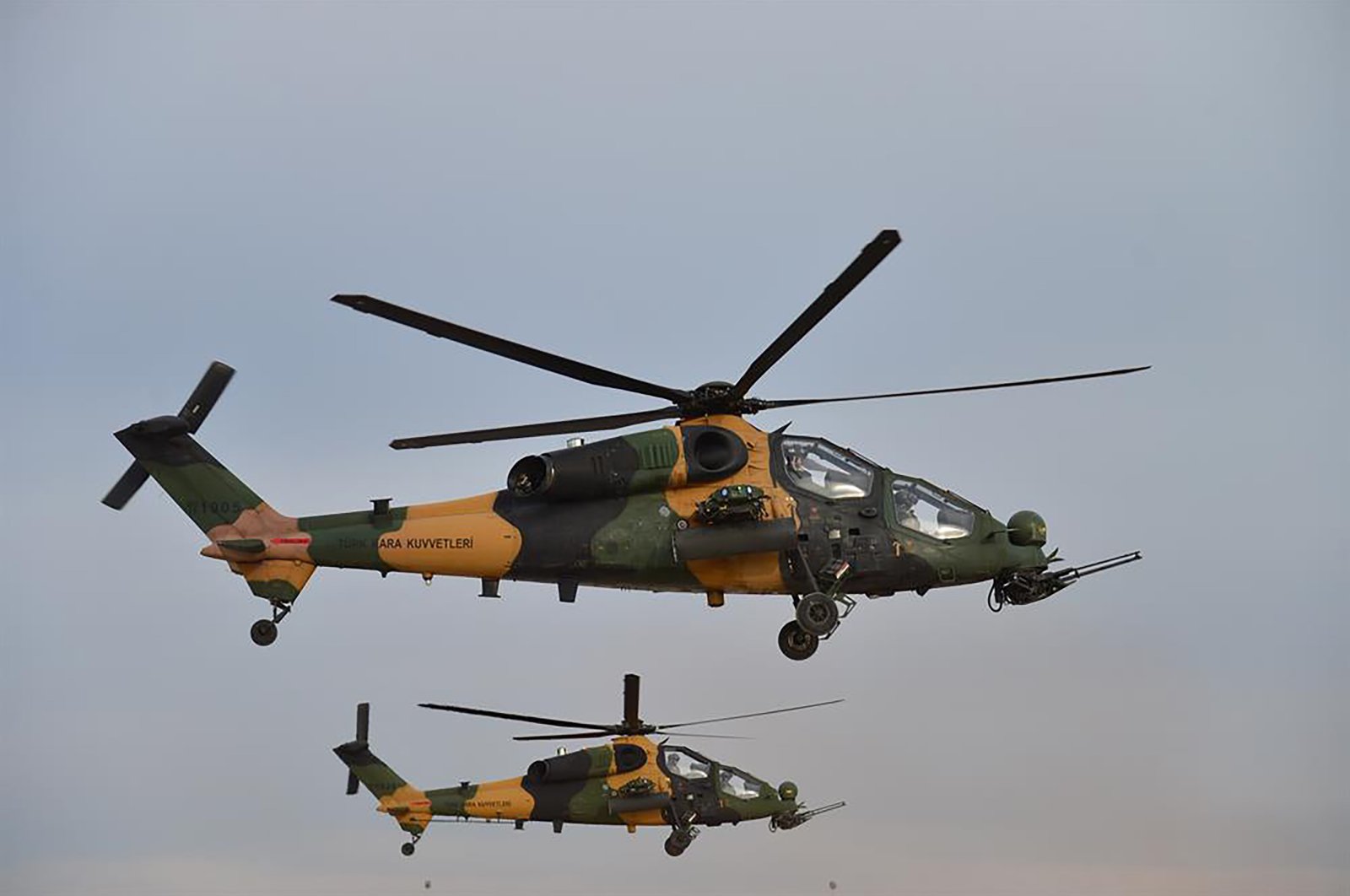 The expo, which will be virtual this year due to the ongoing pandemic, will be held between Oct. 26-28, bringing together military delegations from Pakistan, Bangladesh and Afghanistan, promising markets for local defense companies

This year's expo will be held virtually due to the coronavirus pandemic, said Hakan Kurt, the CEO of Capital Exhibition.

The event is expected to bring together more than 80 military delegations from Pakistan, Bangladesh and Afghanistan, Kurt said.

In the last two decades, the Turkish defense industry has made remarkable progress in reducing its dependence on foreign products, reaching almost 70% in local production and significantly strengthening its hand in exports.

President Recep Tayyip Erdoğan has most recently said that Turkey “has managed to reduce its external dependency in the defense industry from 70% to 30%, and “the volume of defense projects has reached $60 billion, while defense exports have exceeded $3 billion.”

Kurt, noting that the recent development of the Turkish defense industry has been reflected in its export performance, said: “Our goal is to hit $5 billion of defense industry exports to those three countries over the next decade.”

“This goal can be achieved very easily,” he said, emphasizing that marine projects are especially prominent in Pakistan and Bangladesh while the country is set to be provided with an important reference in air platforms with the planned delivery of reconnaissance and attack helicopters to Pakistan.

Turkish defense giant ASELSAN alone has exported over $1 billion (TL 7.55 billion) in products to Pakistan over 26 years, he added.

Naval projects indeed form the backbone of defense cooperation with Pakistan, among others.

In July 2018, the Pakistan Navy signed a contract with Turkey’s ASFAT Inc. for four ships. The ships are being built within the scope of the National Ship (MILGEM) project that also strengthened Turkey’s hand in surrounding seas with domestically produced corvettes.

MILGEM anti-submarine combat frigates, which have advance radar-evading technologies, will further enhance the defense capability of the Pakistan Navy. Though centered on the Turkish Naval Forces' same-class corvettes, the Pakistan Navy’s ships can be designed in line with the additional needs of the country. For instance, a representative picture circulated online following the steel-cutting ceremony of the second corvette showed a custom design with a 16-cell vertical launching system (VLS) on the bow. The VLS did not appear to be on any of Turkey’s Ada-class corvettes.

Ankara and Islamabad have also signed a deal for the sale of 30 domestically developed T129 tactical reconnaissance and attack helicopters (ATAK) in 2018, providing a new dimension to the longstanding cooperation and bilateral relations between Pakistan and Turkey in the defense field.

The ATAK is a new generation, tandem, two-seat, twin-engine helicopter specifically designed for attack and reconnaissance. Developed from the combat-proven AgustaWestland A129CBT, the aircraft incorporates a new system philosophy with a new engine – the LHTEC CTS 800-4A, new avionics, sight systems and weapons, a modified airframe, an uprated drive train and a new tail rotor.

Defense Industries President Ismail Demir announced in November 2019 the upgrade of the helicopters, the contractor of which is Turkish Aerospace Industries (TAI).

“The ATAK Phase 2, equipped with a laser warning system and upgraded electronic warfare systems, successfully carried out its maiden flight,” he said at the time.

Roketsan, which supplies rockets and missiles to the Turkish Armed Forces (TSK) and Turkish defense company and automotive manufacturer Otokar, has conducted projects in the country – some of which have been completed, while others are still ongoing.