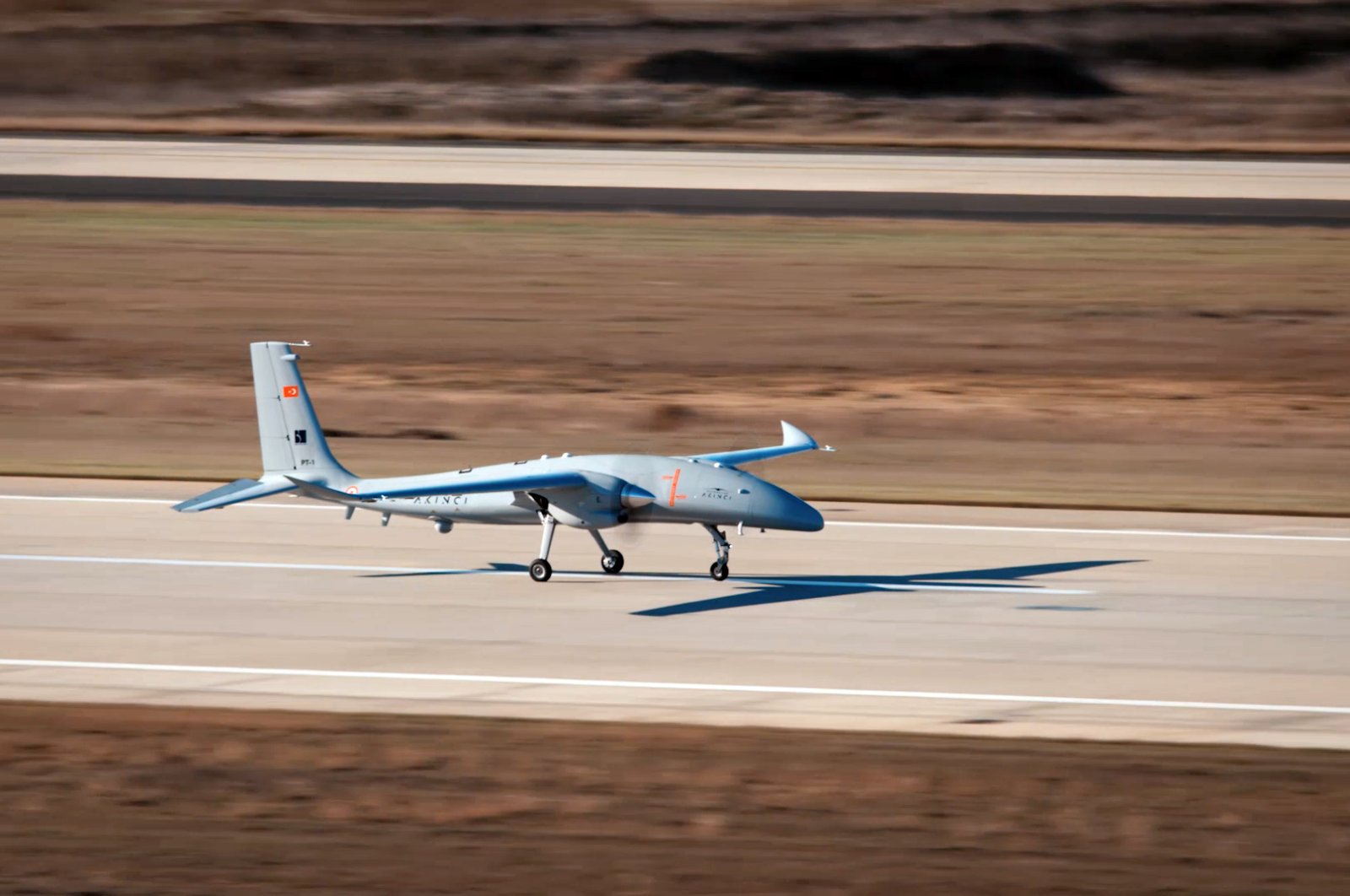 A documentary on Turkey's newest armed drone was released on the first day of the Muslim holiday Ramadan Bayram, also known as Eid al-Fitr.

The feature, titled "AKINCI" after the model's name, documents the development of the unmanned combat aerial vehicle (UCAV) and was posted on the YouTube channel of arms maker Baykar Technologies on Sunday.

Baykar's chief technology officer Selçuk Bayraktar posted two trailers of the documentary on his Twitter account over the past week.

"AKINCI," directed by Altuğ Gültan and Burak Aksoy, was shot in 15 months in Baykar's facilities in the Turkish metropolitan city of Istanbul and northwestern Tekirdağ province.

It covers a six-month period until Dec. 6, 2019, when the drone flew for the first time.

Bayraktar and the leaders of Baykar's engineering teams narrate the efforts that led to the development of Turkey's first hi-tech aircraft.

The Akıncı UCAV's prototype PT-1 made its second flight on Jan. 10, while the second prototype PT-2's integration has recently been completed.

With the Akıncı UCAV, Turkey will become one of the three countries capable of producing this drone class.

It will provide high flight security with its fully automatic flight control and triple-redundant auto-pilot systems.

Akıncı is equipped with a locally made AESA (active electronically scanned array) radar and Gökdoğan and Bozdoğan air-to-air missiles.

It can also launch several locally made ammunition, such as the SOM (standoff) cruise missile, for strategic targets. It can collect and store data from its sensors and cameras via six artificial intelligence (AI) computers.

Capable of detecting land targets that cannot be seen by human eyes, the drone flies not with a GPS, but its own systems.