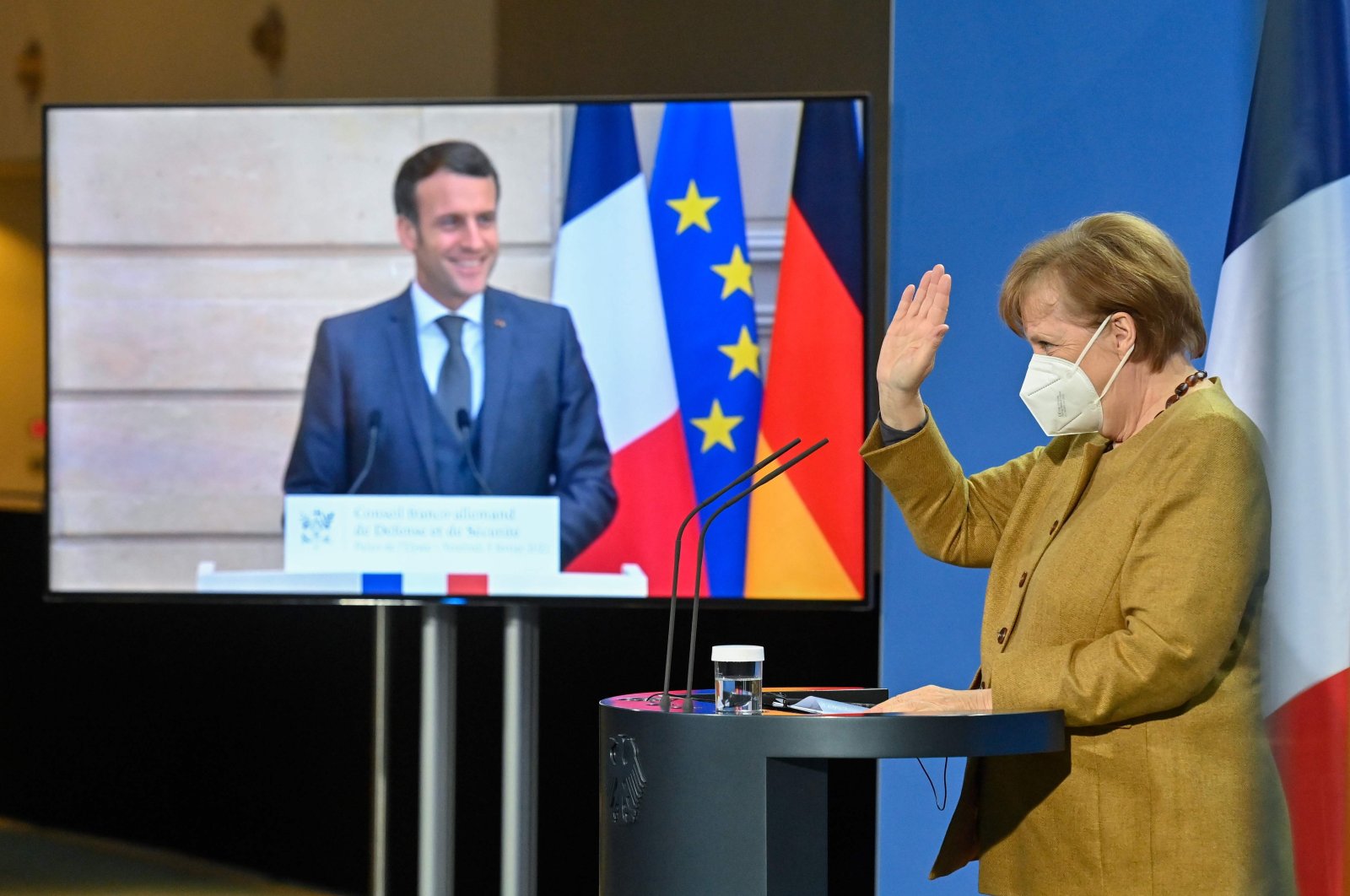 Germany and France are committed to cooperating on large-scale weapons projects, including next-generation fighter jets and tanks, leaders from both countries said Friday.

German Chancellor Angela Merkel nevertheless made it clear during a videoconference attended by French President Emmanuel Macron that industrial policy issues had to be clarified before further decisions could be made on the Future Combat Air System (FCAS), planned from 2040, and the Main Ground Combat System (MGCS).

The two leaders tasked their respective defense ministers with finding solutions during the coming weeks.

"FCAS will not be concluded in the next few weeks. It's a complex issue," Macron said.

Merkel added that while the program was being led by France, it had to be a project between equals.

Cooperation between the two neighbors remains a declared political goal but has encountered problems over the division of work and exploding costs.

Berlin has already indicated that it will not approve a French plan to modernize the Tiger attack helicopter. According to information received by the German Press Agency (DPA), costs have been put at tens of millions of euros per helicopter.

The two sides also differ over dividing the work and intellectual rights for the FCAS, billed as a sixth-generation fighter.

During the conference, Macron said he would stand by Merkel, who is set to step down after elections in September, "up to the last second."