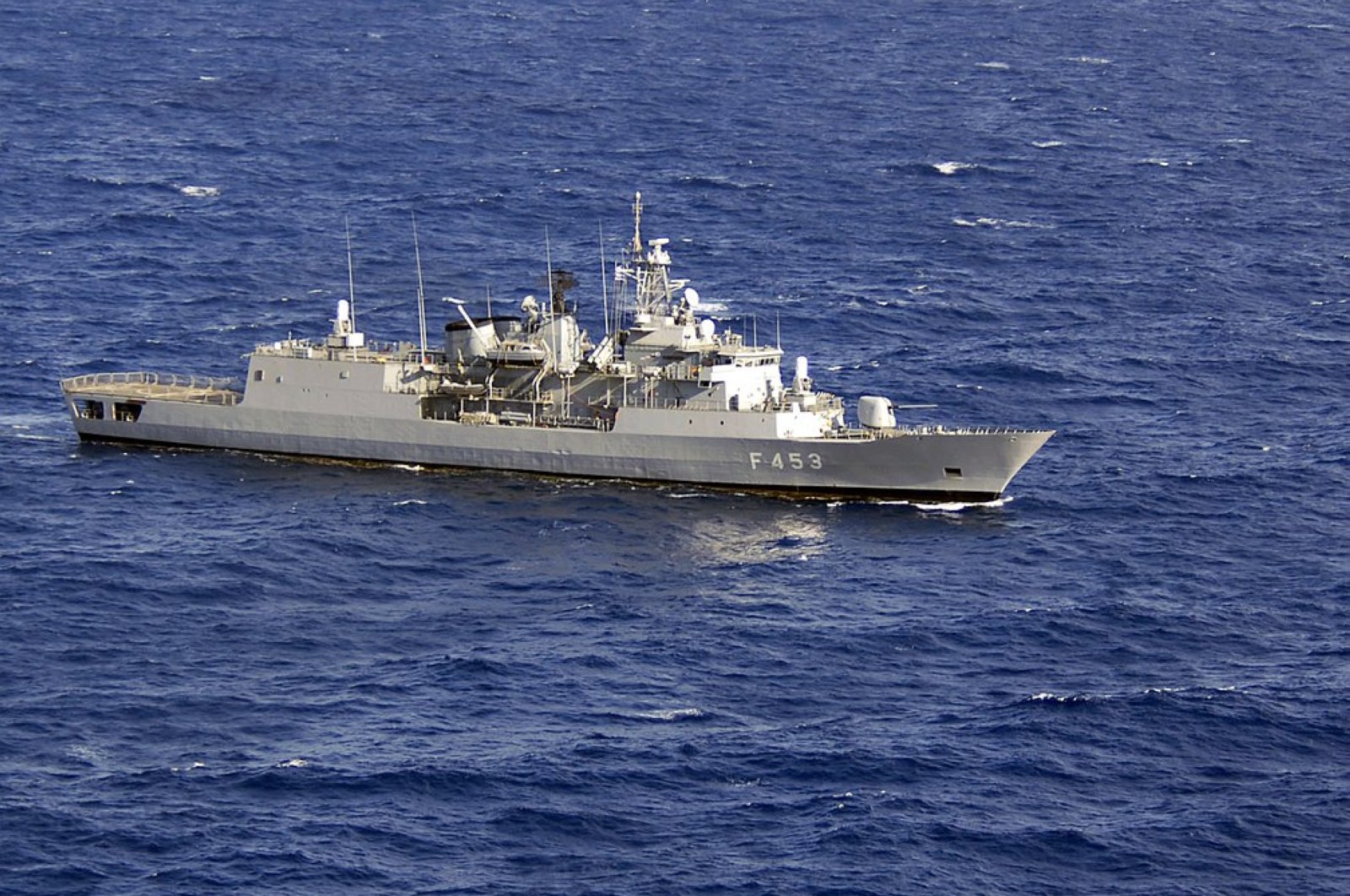 The Greek frigate HS Spetsai transits the Mediterranean Sea during the Phoenix Express naval exercise in April 2008. (Photo from Wikipedia)
by DAILY SABAH May 28, 2020 4:36 pm
RECOMMENDED

Greece plans to replace its frigate, Hydra, which has most recently set sail to join the European Union’s controversial surveillance mission – Operation Irini – in the Mediterranean Sea off the shores of Libya, reportedly due to damage on the navy vessel.

The damaged frigate, which was initially sent on May 12, will be replaced with the frigate Spetsai – the second ship of the Greek Hydra frigate class, a report by the Defense Point said Wednesday.

Seven countries are participating in Operation Irini, named after the Greek word for peace, including Italy, Greece, France, Germany, Poland, Malta and Luxembourg, with frigates and maritime patrol aircraft. The mission was launched with an aim to ensure the United Nations' arms embargo on Libya’s putschist Gen. Khalifa Haftar, yet turned controversial as it showed no effect on arms shipments to the warlord.

Most recently, German weekly Stern reported that Haftar has been using German-made military trucks in violation of the U.N.-imposed arms embargo.

The Hydra class frigates consisted of four vessels, the first which was built in Germany, in service within the Hellenic Navy since 1992, when the first hydra frigate was commissioned. Though the modernization of the navy ships has been on the agenda for some time now, the process was halted mostly because of financial problems. In April 2018, then Greek Defense Minister Panos Kammenos said that a modernization process for four frigates is to come into effect, but gave no further details.

According to several reports, the available budget for the modernization of the Hellenic Navy is well below the needed cost and does not cover the full modernization but will be limited with basic upgrades. According to a report by Greek defense magazine PTISI, the most recent modernization program was announced in May 2019 and is expected to enter into force during 2020, only covering some sub-systems of the vessels.