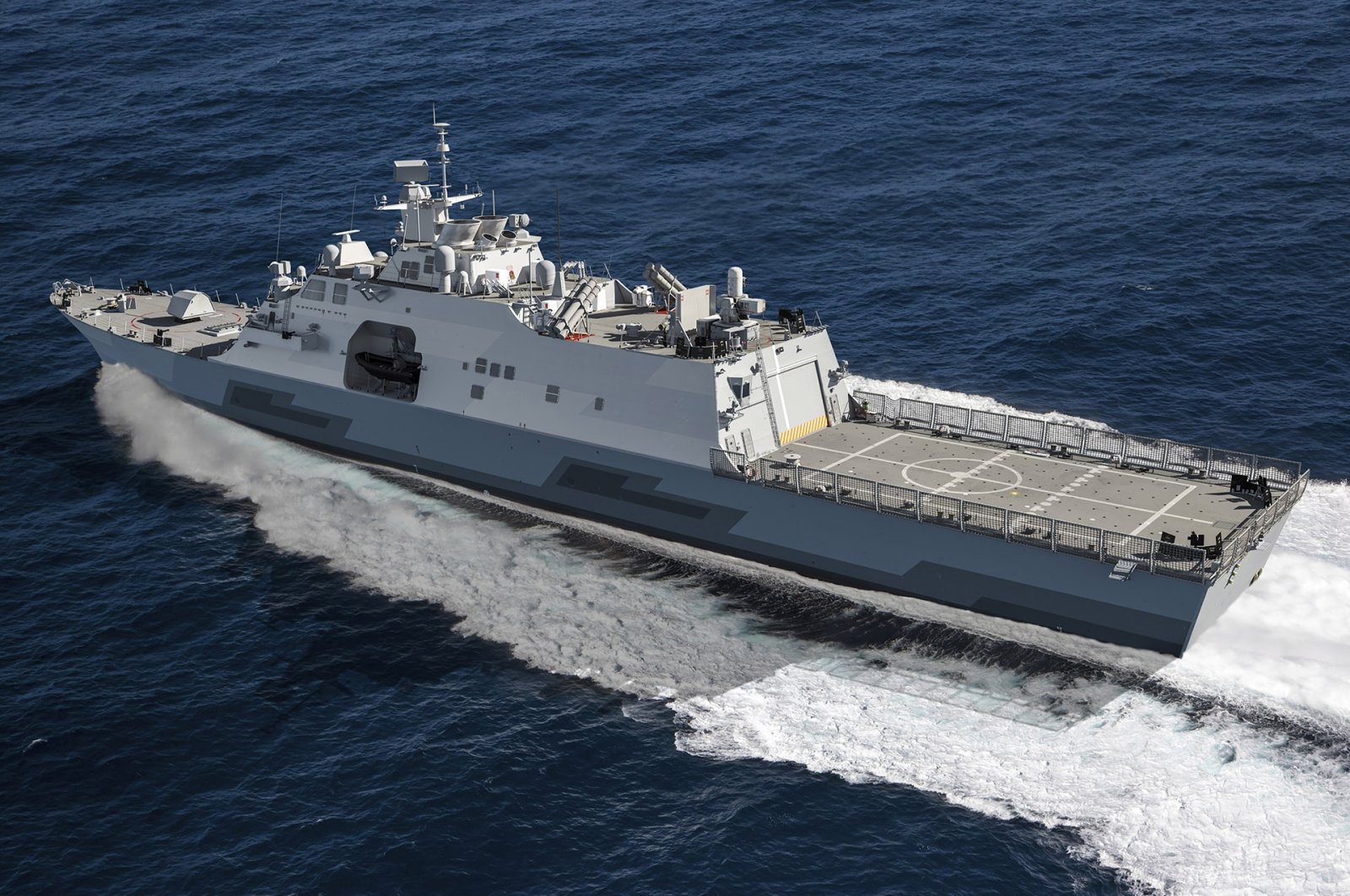 A representative picture of the MMSC tailored for the Greek Navy. (Courtesy of Lockheed Martin)
by DAILY SABAH Mar 12, 2021 8:50 pm
Edited By Ayşe Betül Bal
RECOMMENDED

Defense, aerospace and advanced technologies company Lockheed Martin is set to manufacture frigates for the Greek Navy which would bring “economic opportunity” for Greece, according to a statement by the firm.

“We’re working to bring the maritime capability to the Hellenic Navy and economic opportunity to Greece with the Multi-Mission Surface Combatant. This week our team visited Greek shipyards to discuss how we can partner to deliver this capability to Greece,” the company said in a Twitter statement on Friday.

The company also shared a picture showing the Lockheed Martin team during their visits to the Aegean country’s shipyards.

Previously, a Kathimerini report said that Greece has proposed the promotion of a transnational agreement for the purchase of the Multi-Mission Surface Combatant (MMSC) frigates. It was said that the contract would include the supply of four MMSC frigates, the upgrade of four MEKO-type frigates, intermediate solution ships and the participation of Greek shipyards in the development of the new American FFG(X) type frigate.

The MMSC is a variant of the U.S. Navy Littoral Combat Ship (LCS). According to the official site of Lockheed Martin, the ship’s capability configuration is designed to address customer needs.

“If a Navy needs more anti-air or anti-submarine capabilities, the ship’s design can be modified to meet those needs. It can truly be a custom ship for the Hellenic Navy. MMSC is capable of carrying weapons that will be a true game-changer for Greece. The U.S. Navy has already invested in significant capabilities for its fleet, and the Hellenic Navy will benefit from a variety of weapon systems and sensors already integrated into MMSC,” a statement by the company’s website read.

The frigate has a combined diesel and gas propulsion system. It has a range of 5,000 nautical miles and can reach speeds above 30 knots (34.5 mph).

On March 4, the U.S. ambassador in Athens said that Washington is ready to discuss the sale of American frigates and F-35 fighter jets with Greece if the latter wishes so.

In a news conference, Geoffrey Pyatt said the ongoing upgrade of 84 Greek F-16 jets is "very important" as it will prepare the Greek air force for the F-35.

However, he added that the manufacturing company Lockheed Martin will take five years to develop the infrastructure needed to be able to accommodate F-35 fighter jets in Greece.

About the frigates, he said that the U.S. is waiting for a non-binding letter of request from the Greek side.

"We do not just sell metal! The American proposal for the frigates that will equip the Greek navy is a platform that will help further deepen the strategic Greek-US relations," Pyatt said at the time.

The purchase of the frigate would be in line with Greece’s plan to expand its Navy capabilities by leaps and bounds by 2030, though its defense spending has been at the center of criticism amid the COVID-19 effect on its tourism-dependent economy.

Back in December last year, Alexis Tsipras, the leader of the leftist Syriza party, lashed out at Greek Prime Minister Kyriakos Mitsotakis for his government's decision to increase military spending amid the economic crisis.