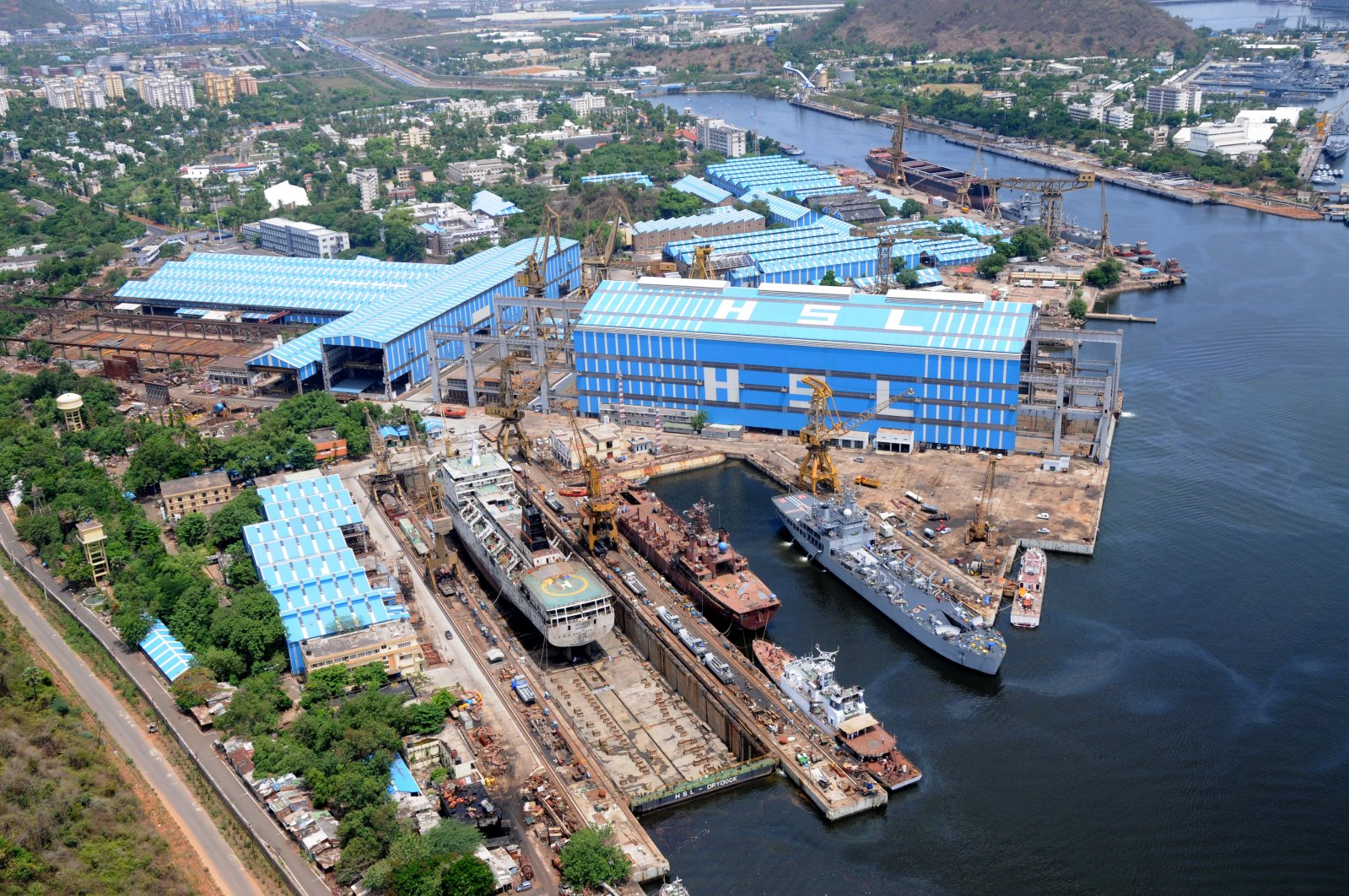 Indian Defense Minister gave a green light for the continuation of a $2.3 billion deal that involves the production of five fleet support vessels (FSVs) in collaboration with the Turkish consortium TAIS, after temporarily pausing the deal, citing Turkey’s diplomatic attitude toward the Kashmir issue between Pakistan and India.

The TAIS, founded by the owners of the top five leading shipyards in Turkey to offer expert and innovative solutions in naval shipbuilding, won the tender for the construction of 45,000 tons of FSVs at the Hindustan Shipyard Limited (HSL) initially in May of last year.

However, the contract signing was put on hold in October by the Indian Defense Ministry, despite HSL’s repeated steps to resolve the issue with the ministry, a report by The Economic Times said on March 23.

The contract was signed last month after the defense ministry removed its temporary hold order, the report said, adding that the decision was made after the necessary meetings were held with the country’s Ministry of External Affairs.

TAIS is a member of the SAHA Istanbul Defense, Aviation and Aerospace Cluster, Turkey's largest industrial group that has undertaken important responsibilities for the country's defense and aviation industries. As part of its tasks in the Indian naval defense project initiated in 2016, TAIS was to be responsible for the modernization of the shipyard, the design of the ships, engineering services and planning and management of production, preparation of shipbuilding material specifications and main materials.

The Kashmir issue caused a diplomatic row between Ankara and New Delhi as India, most recently in February 2020 sent a diplomatic note to Turkey over President Recep Tayyip Erdoğan's remarks on the Kashmir crisis. The Indian Foreign Ministry earlier summoned Turkey's ambassador to Delhi.

Erdoğan remarked that Turkey raised the Kashmir issue at the U.N. General Assembly last year, in the wake of a lockdown in Indian-administered Jammu and Kashmir.