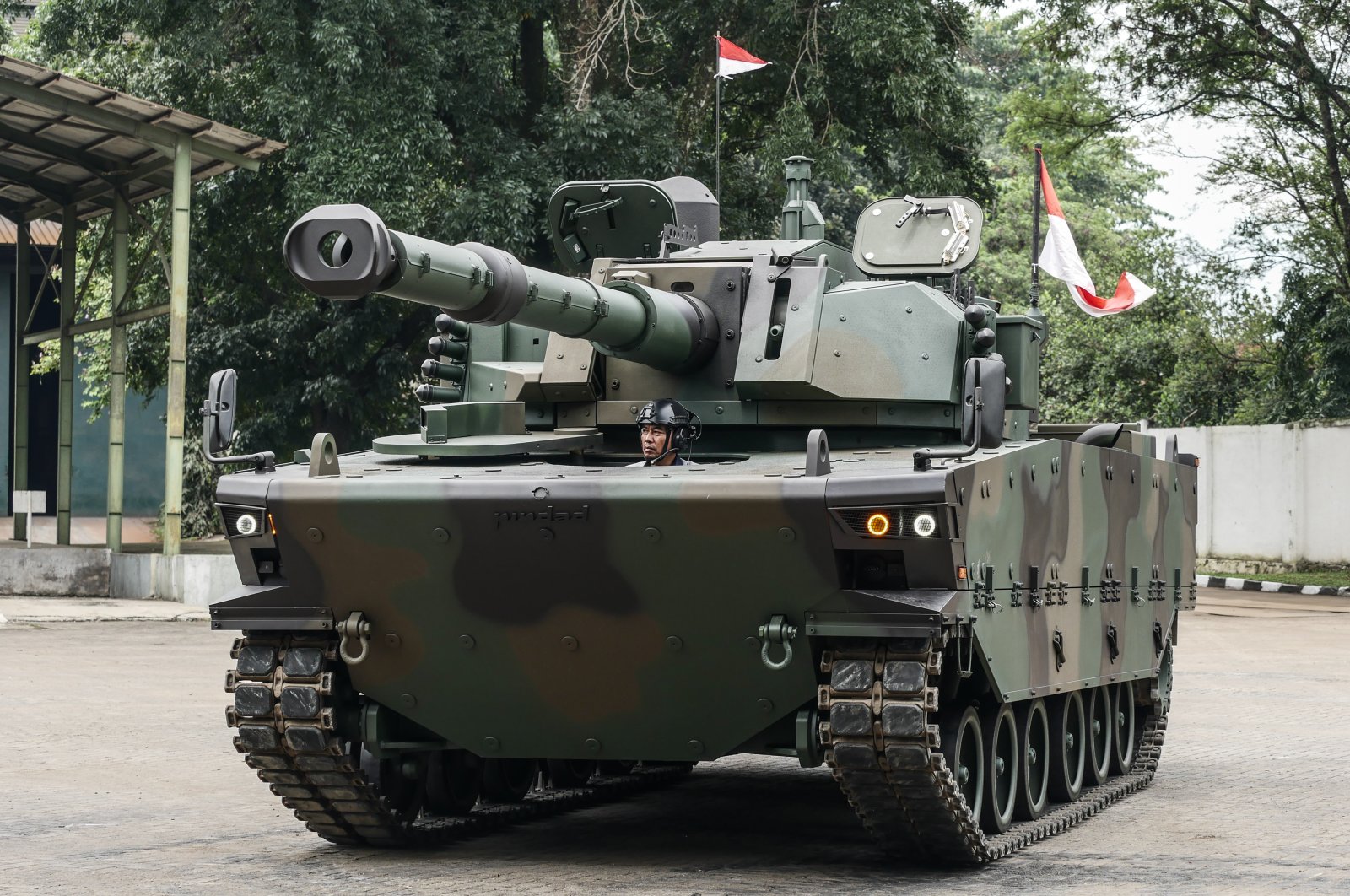 Turkey and Indonesia are working on several defense projects, including an armored personnel carrier and remotely steered weapons systems, an official from Indonesia’s state-owned defense manufacturer PT Pindad has said.

PT Pindad innovation and product development manager, Windu Paramarta, told Anadolu Agency (AA) that the KAPLAN MT tanks – jointly developed by Turkey’s FNSS Defense Industries Company and PT Pindad – have advanced to the production phase. He added that 18 tanks will be manufactured in the next two years for Indonesian armed forces.

The KAPLAN MT is powered by a power pack located at the rear of the vehicle, which delivers a power-to-weight ratio of about 20 horsepower per ton. The engine transfers this power to the driving system, which has a six-wheel, anti-shock suspension system with double-pinned tracks mounted on torsion bars.

Firepower is provided by a CMI Cockerill 3105 turret, integrated with a high-pressure 105-millimeter Cockerill gun and an advanced autoloader. Thanks to the turret, the KAPLAN MT has high firepower despite its relatively low weight.

Noting that two countries are currently working on the development of armored personnel carriers and remotely steered weapons systems, Paramarta said preliminary meetings were also underway for the prototype of carrier project. Process for other projects including design of remote weapons systems are expected to be completed this year, he added.