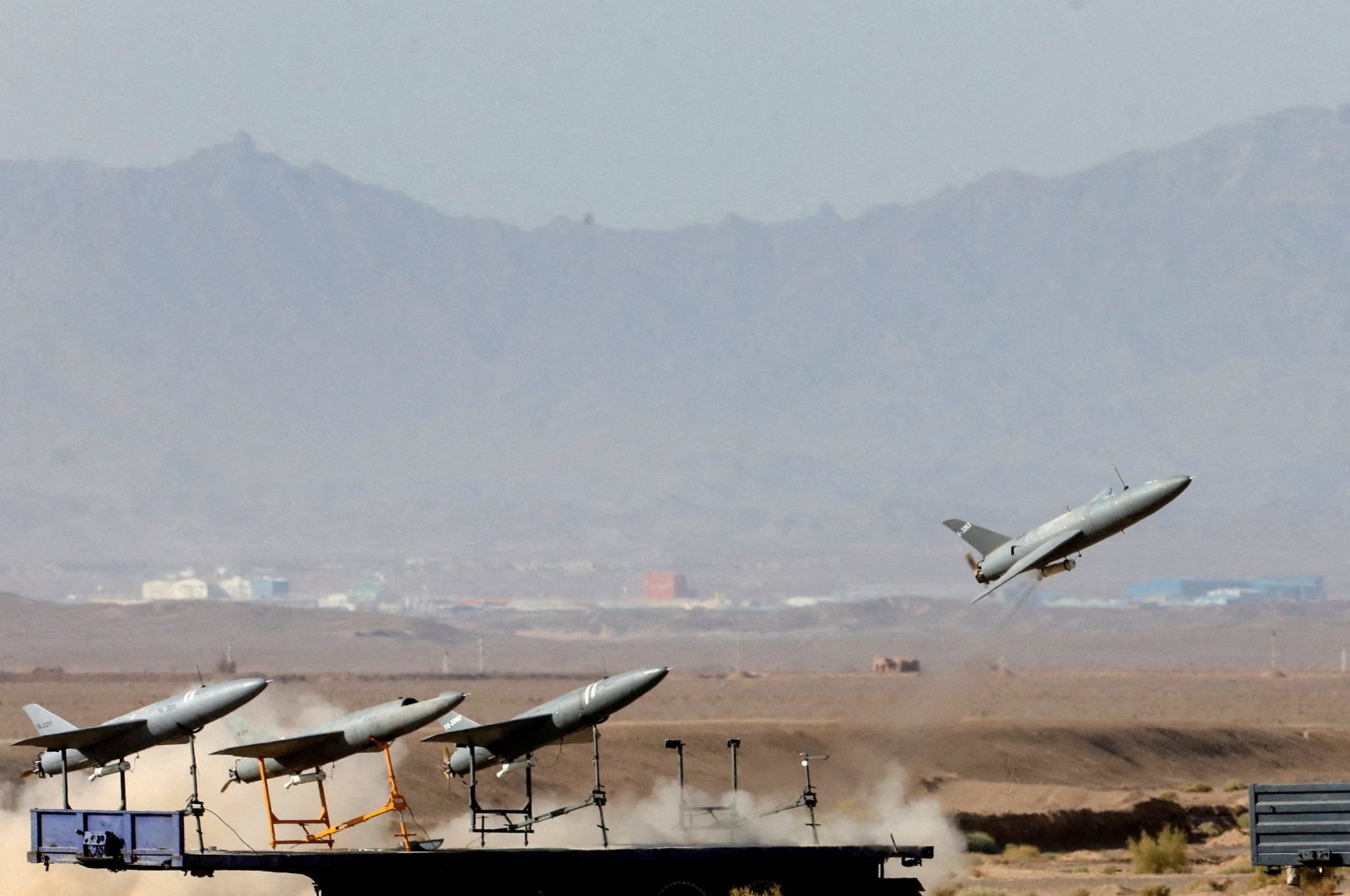 A drone is launched during a military exercise in an undisclosed location in Iran, in this handout image obtained via the Iranian military, Aug. 25, 2022. (Reuters Photo)
by Agencies Nov 20, 2022 1:45 pm

Moscow has struck a deal with Tehran to start manufacturing "hundreds" of Iranian drones on Russian soil, The Washington Post reported, citing intelligence seen by the U.S. and other Western security agencies.

The Post stated on Saturday that Russian and Iranian officials finalized the deal during a meeting in Iran in early November, and are set to begin production in the coming months.

Russia has already used hundreds of Iranian-made Shahed-136 drones. They can fly several hundred kilometers, circle over a target area and then descend with their explosive load.

Moscow has denied the use of the so-called kamikaze drones, while Iran admitted earlier this month that it had supplied drones to Russia.

Russia and Iran are moving rapidly to transfer designs and key components that could allow production to begin within months, three officials familiar with the matter said, according to the newspaper.

The Russian military is using drones for attacks on Ukraine's energy infrastructure. Producing unmanned weaponized aircraft on their own would allow Moscow to further multiply such attacks.