Istanbul to host global defense industry fair IDEF'21 in May 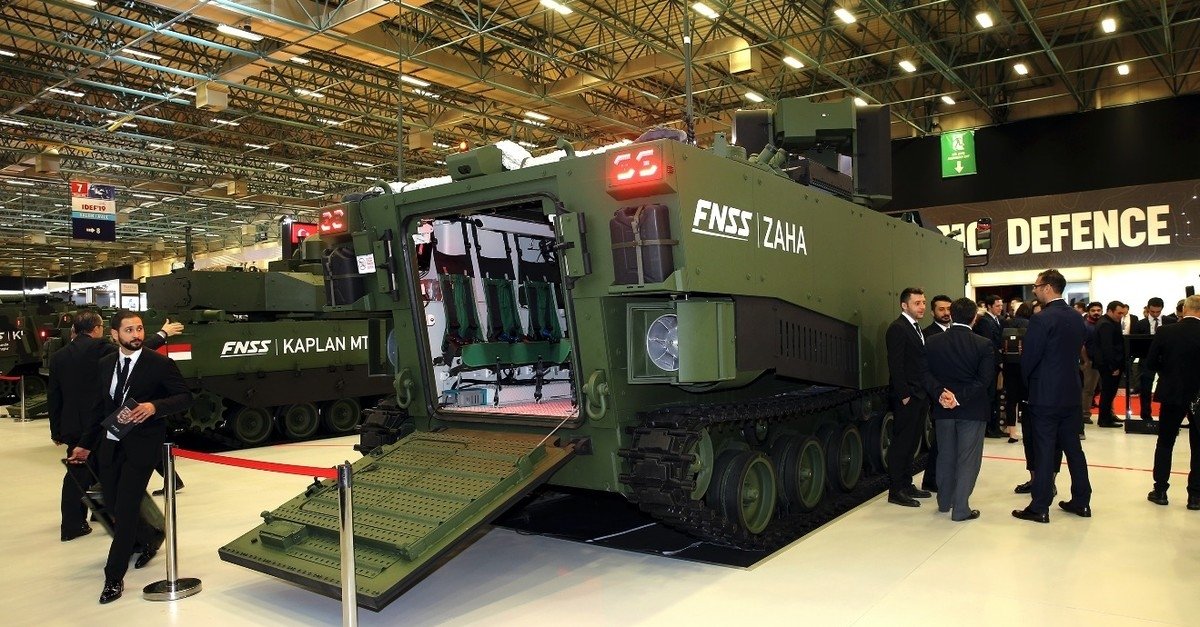 The 15th International Defense Industry Fair (IDEF) will be held in Istanbul in May, as Turkey prepares to host one of the world’s major defense industry fairs.

The event will be held under the auspices of the Presidency of the Republic of Turkey and under the management and responsibility of the Turkish Armed Forces Foundation (TSKGV) between May 25-28.

The four-day event will be hosted by the Ministry of National Defense.

Some 352 high-level delegates and 341 delegations from 148 countries have been invited to this year's fair so far. Invitations continue to be sent on the basis of reciprocity.

This year, important collaborations will be formed at IDEF, where national and international trade agreements are sealed with ceremonies every year.

IDEF'21 aims to become the "trade base of the defense industry" by seeing more signing ceremonies, meetings and introductions this year than the over 100 experienced last year.

The fair will offer its participants an opportunity to meet with professionals from local and foreign sectors, Turkish procurement authorities and foreign delegations.

The contacts between Turkish authorities and local/foreign company representatives and delegations will also contribute to regional and global peace.

All necessary measures to protect public health will be meticulously implemented in the exhibition area as part of the coronavirus rules.

Last year, more than 1,000 companies from 53 countries participated in the fair, which saw over 76,000 visitors from 96 countries and press members from 26 countries.

Turkey, last year, as part of the measures taken to prevent the spread of the virus, also debuted the world's first 3D virtual defense fair, SAHA Expo, with the participation of many major local industry players as well as professionals from abroad.