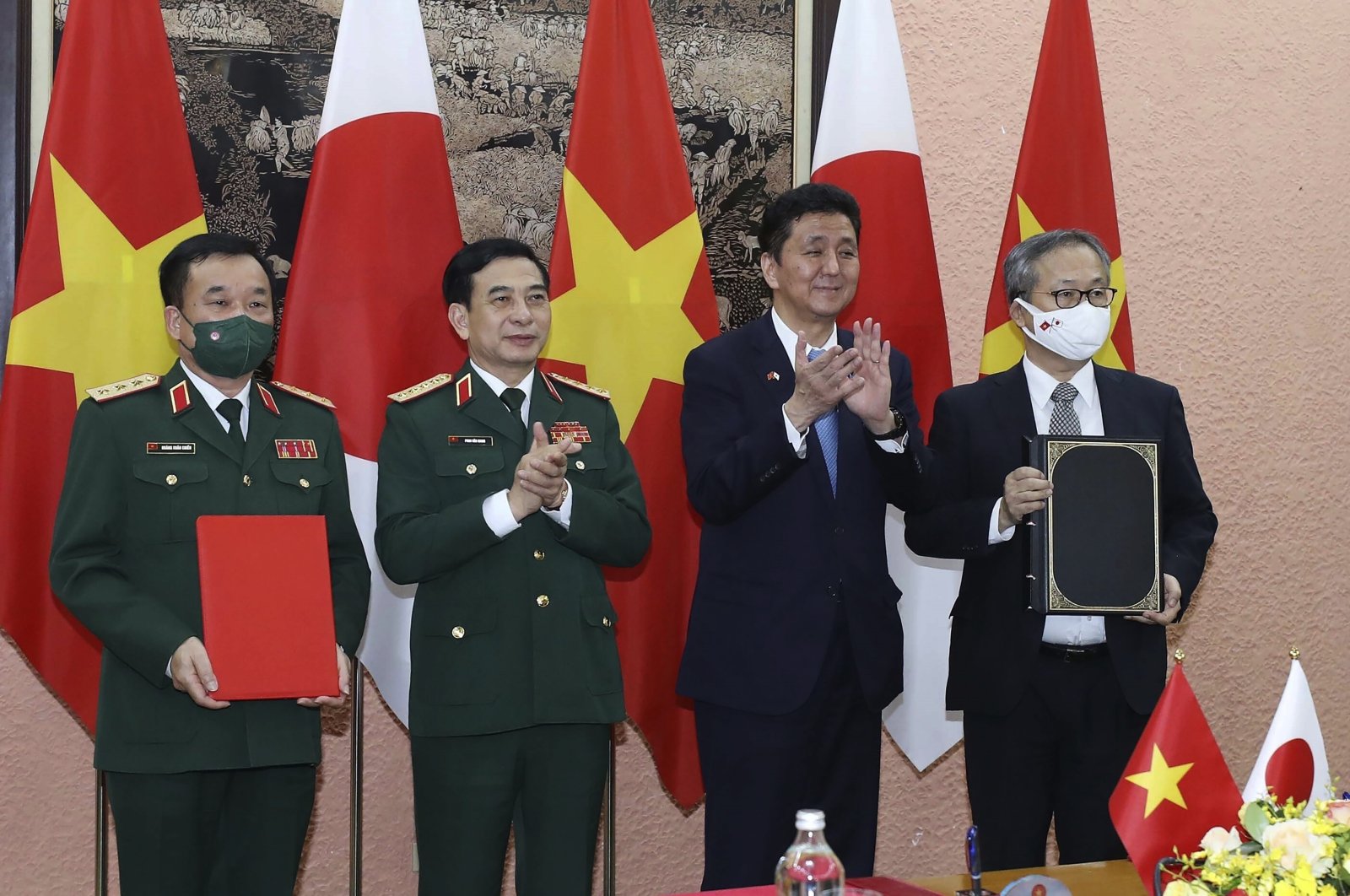 Japan can now give defense equipment and technology to Vietnam under an agreement signed Saturday, as the two countries step up their military cooperation amid worries about China's growing military influence.

Japan's Defense Minister Nobuo Kishi said the deal elevates their defense partnership “to a new level” and that Japan and Vietnam plan to deepen defense ties through multinational joint exercises and other means. Details about the transfer of specific equipment, including naval vessels, will be worked out in subsequent talks, the ministry said.

Kishi’s meeting with his Vietnamese counterpart, Phan Van Giang, in Hanoi coincided with a two-day visit to the Vietnamese capital by Chinese Foreign Minister Wang Yi. He wrapped up his visit by saying China plans to donate 3 million doses of its coronavirus vaccine to Vietnam.

The agreement comes two weeks after the U.S. Vice President Kamala Harris travelled to Vietnam to strengthen ties with the Southeast Asian nation. During the tour, Harris urged countries to stand up against “bullying” by China in the South China Sea.

Japan’s Defense Ministry said in a statement that Kishi and Giang agreed on the importance of maintaining freedom of navigation and overflight in the Indo-Pacific region, as well as cooperation in various defense areas including cybersecurity.

During the talks, Kishi expressed Japan's strong opposition to "any unilateral attempts to change the status quo by coercion or any activities that escalate tensions,” referring to China’s increasingly assertive activity in the East and South China Sea, but without identifying any country by name.

Vietnam is the 11th nation with which Japan has signed a defense equipment and technology transfer deal. Tokyo is looking to expand military cooperation beyond its longtime ally the United States, and has signed similar agreements with Britain, Australia, the Philippines and Indonesia.