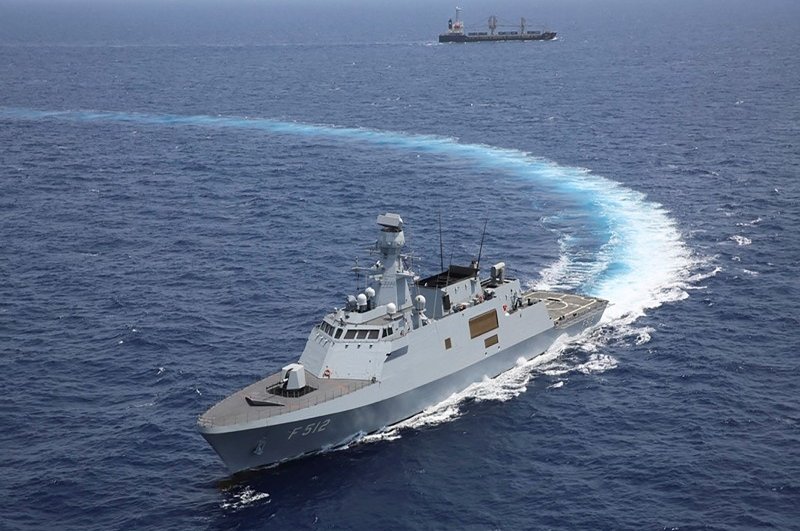 TCG Büyükada (F-512), the second ship of the Ada-class corvettes of the Turkish Naval Forces, built as part of MILGEM project, is seen in this undated file photo.
by DAILY SABAH WITH AA Jun 05, 2020 12:12 pm
Edited By Ayşe Betül Bal
RECOMMENDED

The keel-laying ceremony for the first of the four Ada-class corvettes to be built by Turkey for the Pakistan Navy within the scope of the MILGEM (National Ship) marine platforms project has been held in Istanbul, a statement by the Pakistan Navy's media wing said Thursday.

The ceremony was held at the Istanbul Naval Shipyard (INSY) and was attended by the senior defense and military officials of the two countries, including Pakistan's Chief Naval Overseas Commodore Syed Rizwan Khalid, the statement said.

In May 2017, Turkish and Pakistani defense companies signed a goodwill agreement outlining the construction of four Turkish Ada-class MILGEM corvettes at the Karachi Shipyard. According to the final agreement, two ships will be built in Istanbul and two others in Karachi thanks to a technology transfer.

Two of the corvettes will join the inventory of the Pakistan Navy in 2023 and the remaining two will join in 2024.

Later in July 2018, Pakistan's navy signed a contract for the acquisition of four MILGEM-class ships with Turkey's state-owned defense firm ASFAT. MILGEM vessels are 99 meters long, have a displacement capacity of 24,00 tons and a speed of 29 nautical miles.

MILGEM anti-submarine combat vessels, which can be hidden from the radar, will further enhance the defense capability of the Pakistan Navy.

These ships, it added, would be among the most technologically advanced platforms of the Pakistan Navy and significantly contribute to maintaining peace, stability and a balance of power in the Indian Ocean.

Speaking at the ceremony, Rizwan said the project was a manifestation of the strong relations between Pakistan and Turkey.

Appreciating the MILGEM project for its construction standards, outfitting and performance, he acknowledged the professional competence of Turkish defense firm and INSY for "their meticulous efforts in meeting the timelines despite the global COVID-19 crisis."

The MILGEM Project was initiated in 2000 to locally design and build a fleet of multipurpose corvettes and frigates that will replace older ships.

Turkey has built four corvettes so far in line with the program, namely the TCG Heybeliada, the TCG Büyükada, the TCG Burgazada and the TCG Kınalıada, while the fifth vessel, the first MILGEM I-class frigate of its kind, the Istanbul Frigate, is still under construction and is expected to boost the country’s national capacity, paving the way for further export opportunities.

Turkey’s naval defense cooperation with Pakistan includes several other projects. Previously in June 2016, Turkish defense firm Defense Technologies and Engineering (STM) won a tender to modernize Pakistan's submarines against its French competitor DCNS, which is the designer and manufacturer of the submarines. STM had also designed the 158-meter Pakistan Navy Fleet Tanker (PNFT) built at the Karachi Shipyard and Engineering Works and commissioned in 2018.