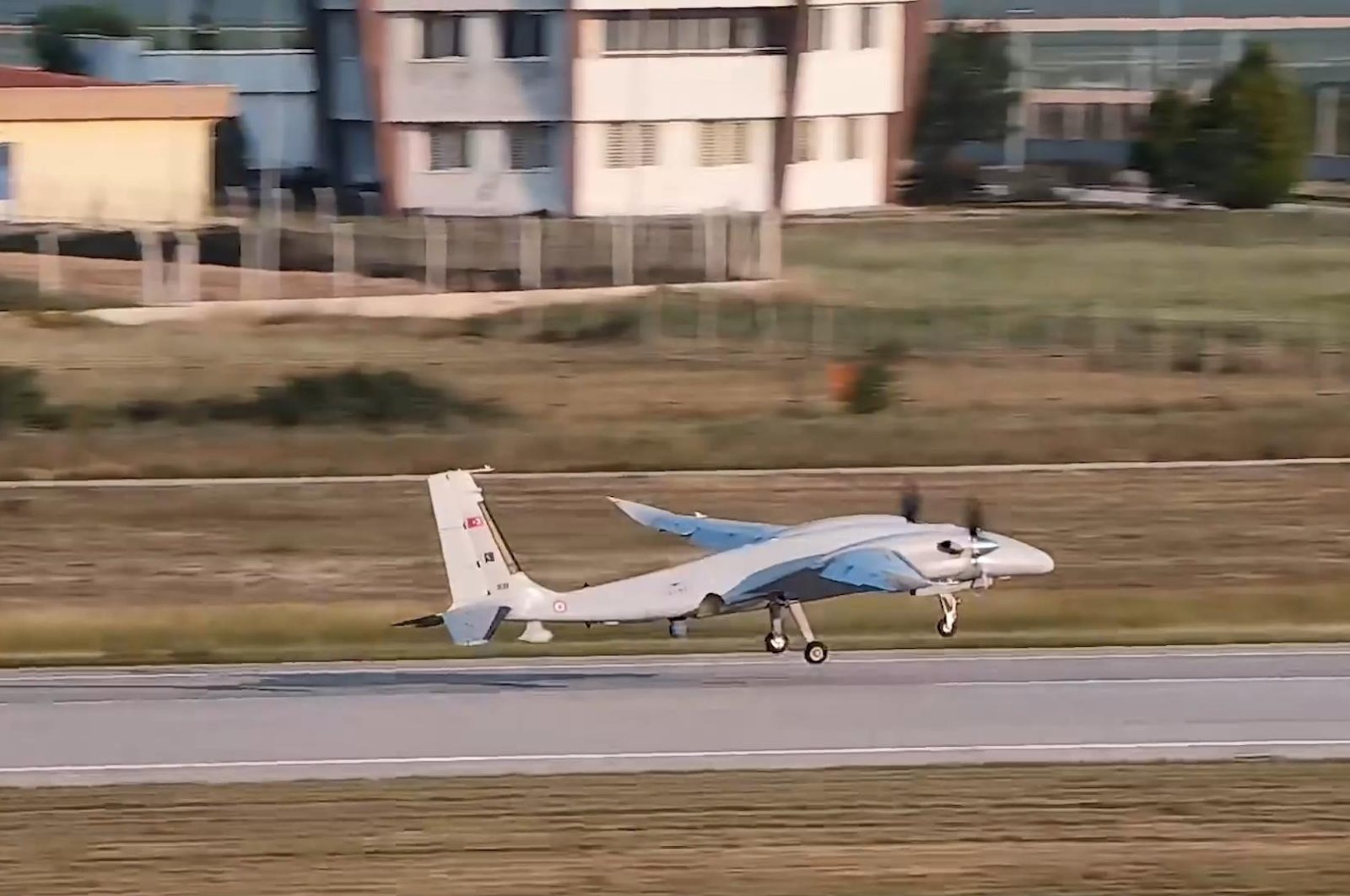 The unmanned combat aerial vehicle (UCAV) Akıncı flew at an altitude of 45,118 feet (13,716 meters), drone magnate Baykar said in a statement via Twitter.

The UCAV’s model equipped with two 750 horsepower engines, Bayraktar Akıncı B, thus broke the record it already holds, for the third time.

According to Baykar's statement, Bayraktar Akıncı B, which took off on June 21 to perform endurance, high altitude and high-speed tests in the presence of the Presidency of Defense Industries (SSB) and Air Force Command delegations broke the record for the highest altitude achieved with a national aircraft.

Bayraktar Akıncı B, within the scope of the test, returned to the Akıncı Flight Training and Test Center in the Çorlu district in northwestern Turkey’s Tekirdağ province after 20 hours and 23 minutes of flight.

Akıncı B successfully completed the test activity after traveling a total of 6,406 kilometers (3980 miles) during the flight, during which high-speed trials were also carried out.

This particular UCAV’s Bayraktar Akıncı A model, which operates with two engine configurations of 450 horsepower, broke the record by reaching an altitude of 38,039 feet within the scope of the test carried out on July 8, 2021.

Akıncı, which is Turkey’s most advanced and sophisticated drone, most recently has successfully completed another important stage in the ammunition integration process.

Baykar said on June 15 that the drone has completed a firing test with the domestically developed KGK-SIHA-82 (wing-assisted guidance kit) ammunition.

Bayraktar Akıncı UCAVs, which entered the inventory with a ceremony attended by President Recep Tayyip Erdoğan on Aug. 29, 2021, are currently actively used by the security forces in operational duties. So far, six Bayraktar Akıncı UCAV have entered service.