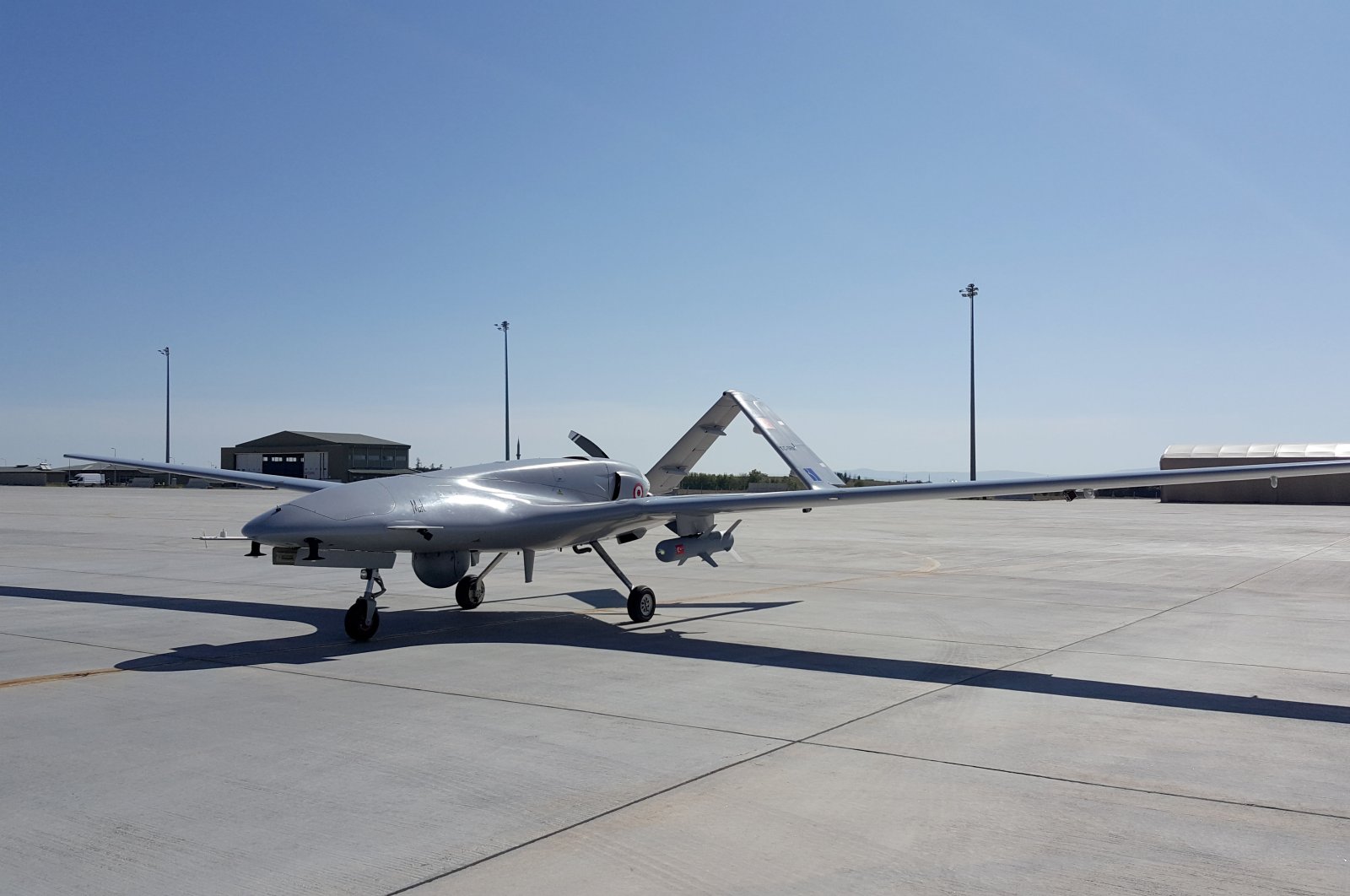 A Bayraktar TB2 armed drone, which was domestically produced by Turkey’s leading unmanned aerial platform developer Baykar, is parked at an airfield in 2017. (AA Photo)
by DAILY SABAH May 08, 2020 3:05 pm

With the delivery of three Bayraktar TB2 unmanned aerial vehicles (UAVs) to the gendarmerie general command, the total number of drones in the inventory of the Turkish military has reached 107, the head of the Presidency of Defense Industries (SSB), İsmail Demir, announced.

“I congratulate Baykar Makina for working sincerely for our country's national technology improvement,” Demir said on Twitter on Friday.

The Bayraktar TB2 armed drones are domestically produced by Turkey’s leading unmanned aerial platform developer Baykar and have been operationally used since 2015. They have continued to support the country’s fight against terror in other regions while providing effective surveillance, reconnaissance and fire support.

Deployed homegrown drones, Baykar’s Bayraktar TB2 and ANKA, produced by Turkish Aerospace Industries (TAI), have given Turkey a vital edge in the field and mark the culmination of years of investment and evolution for Turkey, whose military has become one of the most experienced users of drones.