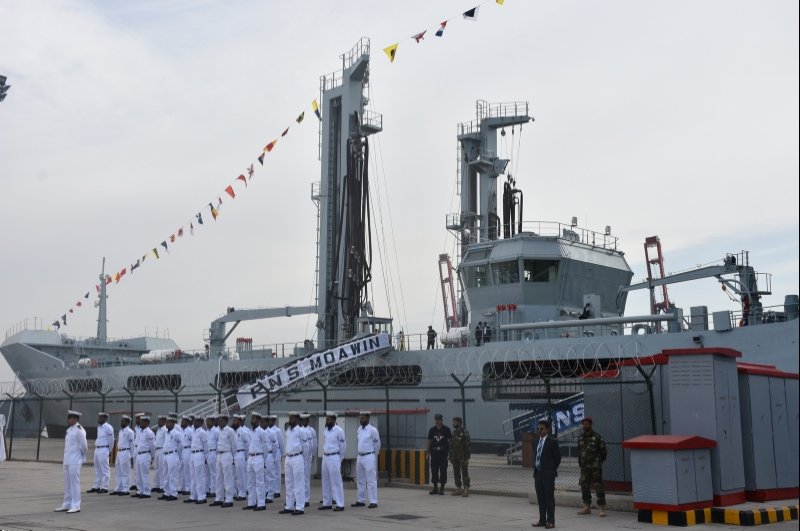 Pakistan seeks to enhance its defense ties with Turkey, said the general manager of one of Turkey’s leading defense firms, the STM.

The firm has developed several projects for Pakistan over the last decade, with a special focus on its navy, said Murat İkinci told Anadolu Agency (AA).

The STM has pioneered many projects for Turkey, and its projects in Pakistan have created export opportunities for many companies. The firm has received rave reviews for a replenishment vessel it produced for Pakistan.

İkinci added that the company’s second-largest project included the modernization of the country's Agosta 90B submarines.

"This project is progressing very successfully despite the sanctions and restrictions imposed by France, the producer of the (submarine) platforms,” he said, noting that Zubaida Jalal, Pakistan's defense production minister, was also very pleasant with the country’s cooperation with Turkey.

"There are many projects we have discussed. Hopefully, we will see serious steps taken on these projects," he added.

Developments in Turkey's defense industries, mostly seeking to end the country’s outside dependency, have also contributed to its exports abroad, and Pakistan has emerged as one of its importers and partners in this regard.

In October 2018, the Pakistan Navy commissioned a 17,000-ton fleet tanker built in collaboration with a Turkish defense company in the southern port city of Karachi. The ship was the largest warship ever constructed at the Karachi Shipyard and Engineering Works.

In July 2018, Ankara won a multibillion-dollar tender to supply four corvettes to the Pakistan Navy, in what was dubbed as the largest-ever export deal in the Turkish defense industry's history.

Turkey's locally developed T-129 Advanced Attack and Reconnaissance Helicopter (ATAK) will also be exported to Pakistan under enhanced relations. The two countries finalized a deal for the sale of 30 ATAK helicopters in July 2018.