Pakistan receives most advanced warship exported by China to date 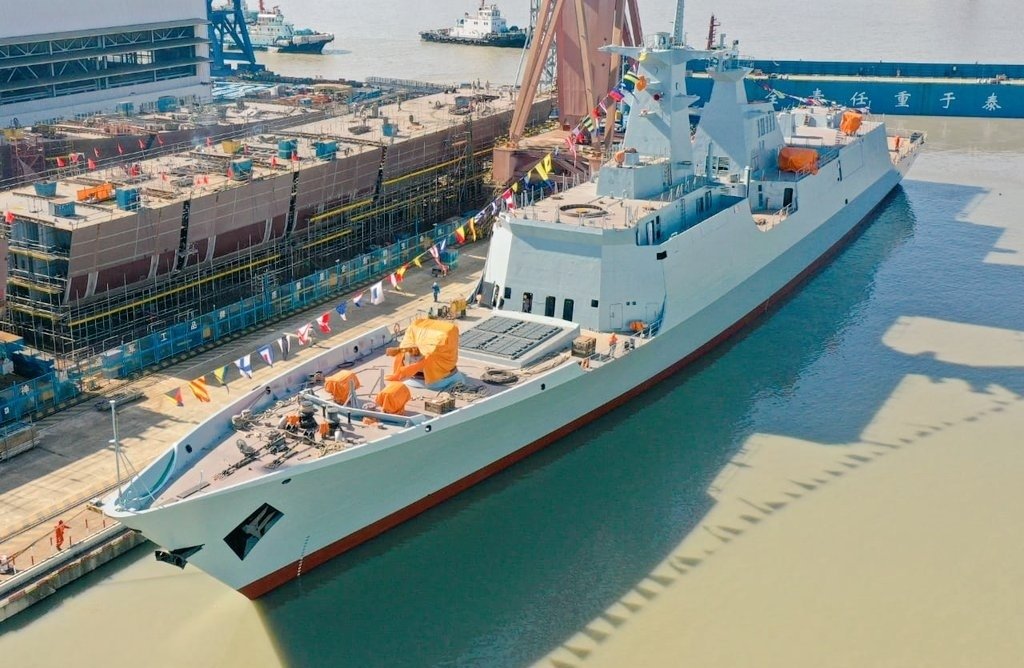 China has delivered to Pakistan the largest and most advanced warship that Beijing has ever exported, according to Chinese state media Monday.

It is the first of the four frigates to be built by China for the Pakistan Navy. It was designed and built by China State Shipbuilding Corporation Limited (CSSC).

The commissioning of PNS Tughril – named after Tuğrul I, one of the founders of the Seljuk Empire that ruled in present-day Iran, Iraq, Syria and Turkey during the 11th and the 14th centuries – was held at Hudong Zhonghua Shipyard in Shanghai, China, said a statement by the Pakistan Navy.

The Type-054A Class ship, equipped with the latest surface-to-surface and anti-air weaponry, combat management systems and underwater firepower, together with extensive surveillance capabilities, will serve as a technologically advanced surface platform for the Pakistan Navy's fleet.

"PNS Tughril is equipped with a state-of-the-art combat management and electronic warfare system along with modern self-defense capabilities," it added.

Addressing the ceremony, Pakistan's Ambassador to China Moin ul-Haq said the induction of the frigate into the Pakistan Navy would further strengthen efforts for peace and stability in the region.

The development, he added, is tantamount to a new chapter in the longstanding Sino-Pakistani friendship.

Islamabad signed a contract with the CSSC for the delivery of two Type-054 A/P frigates in 2017. A deal for two more ships was signed in June 2018.

Another three ships are in different stages of construction and will be inducted into the navy's fleet soon, said the statement.

Beijing has long been an economic and defense partner to Islamabad.

Pakistan sealed a $5 billion deal with China in 2016 for the acquisition of eight Chinese Yuan-class type-041 diesel submarines by 2028 to "address force imbalance" with its archrival India.