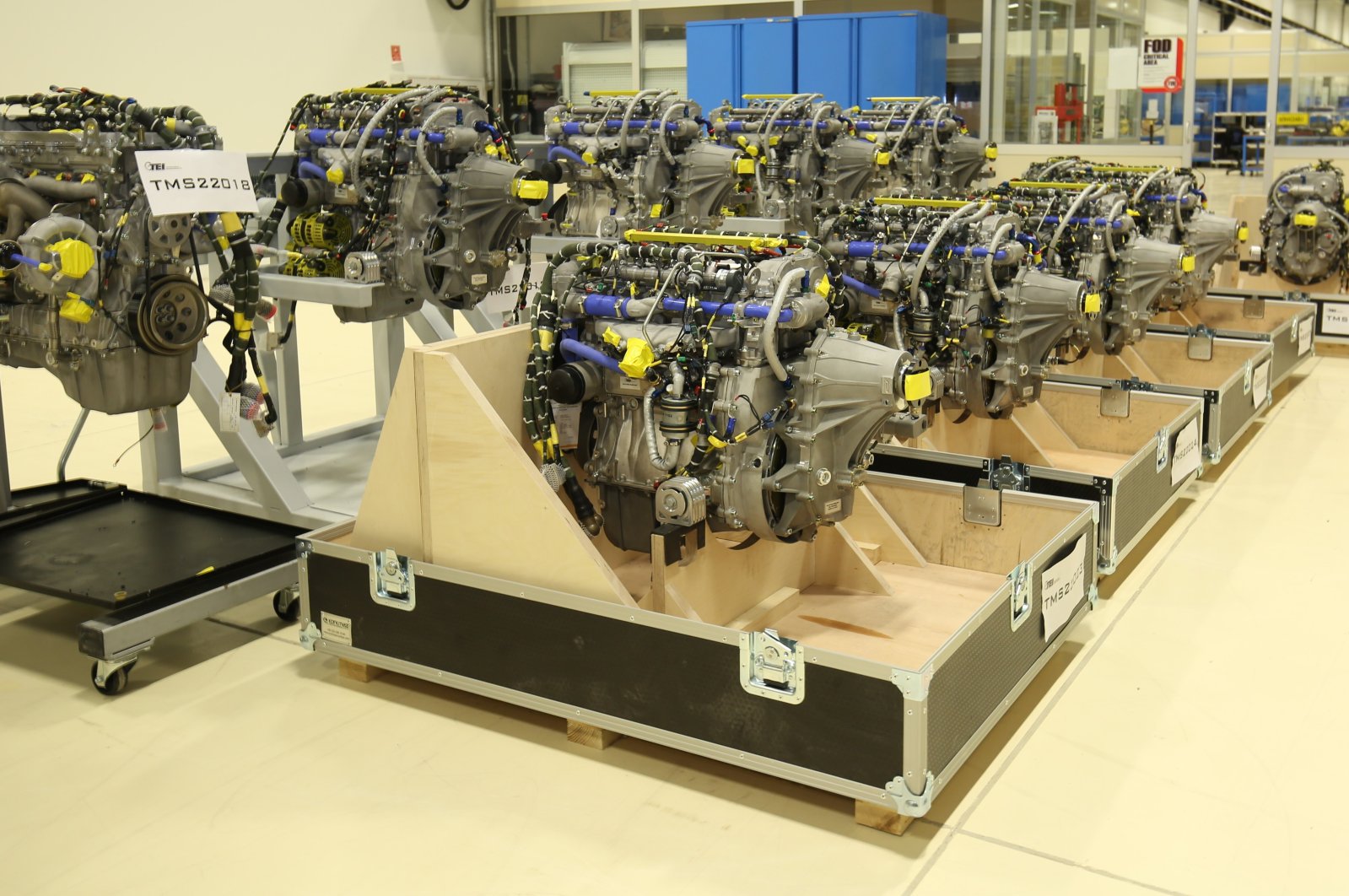 TEI, with its 35 years' worth of technical know-how, strong infrastructure and qualified workforce, carries out different motor and engine projects for UAVs, helicopters and missiles.

The company produces T-70 helicopter engines as part of its Turkish Utility Helicopter Program (TUHP), using the nameplate T700-TEI-701D. It manufactures the motors under a license from General Electric, with more than 50% of the parts contributed domestically. Final assembly and testing are carried out at its facilities in the central province of Eskişehir.

The multi-role T-70 utility helicopters were custom designed, based on the S-70i Black Hawk helicopter of Sikorsky Aircraft, a Lockheed Martin Company.

TEI was established in 1985 for the installation of F110 engines that power the F-16 Fighting Falcon. With the technology and experience it gained over time, the company became one of Turkey's leading aviation businesses, specialized in engine and engine parts manufacturing, maintenance and repair, along with its design and research and development (R&D) activities.

TEI now manufactures over 1,500 different parts for 50 different aviation engines used around the world. The company is the world’s largest supplier for LEAP motors that power the Airbus A320neo, Boeing 737 MAX and Comac C919.

It was consecutively named "best supplier company" in the world in 2017 and 2018 for its timely delivery and superior product quality.

With its exceptional technological capabilities, certified special processes competence, and 53 different certified process capabilities, TEI became the "world leader" in 2017 and still retains that title today. The engine manufacturer also became the first and only defense and aerospace industry company to win the "Employee Engagement Special Achievement Award" for being among the best employers for three consecutive years.

TEI has developed nine engine projects – three of which are diesel, two are gasoline and four are jet fuel engines – over the last six years, keeping itself competitive worldwide.

The first batch of 13 mass-produced TEI-PD170 engines, designed for new-generation UAVs like Anka, Akıncı and Aksungur, were completed in 2019.

The TEI-PD170 diesel fuel engine, which produces 225 take-off horsepower and 170 horsepower at a critical altitude of 20,000 feet, is regarded the best in its class worldwide for its 40,000-foot altitude capability.

TEI also broke new ground in the production of that engine in terms of manufacturing and material technologies. It developed a forging technique in aerospace quality using nickel and titanium alloys. All tests of the TS1400 are being carried out in national engine run-up areas.

One of the company's projects, the TEI-TJ90 Turbojet Engine, developed for target aircraft and generating 400 newtons of power, completed its first flight with TAI's Şimşek platform in 2017.

The TEI-PG50 engine is Turkey’s first two-stroke aviation motor, which was also produced by TEI with contributions from the Scientific and Technological Research Council of Turkey (TÜBITAK).

The engine, produced for UAVs weighing less than 300 kilograms, draws attention for its 50 horsepower take-off power and 30 horsepower at 16,000 feet. The TEI-PG50, which offers more power and higher power/weight ratio than competing UAV engines in its class, made its first flight in May 2019.

Turkey's first Medium Range Anti-Ship Cruise Missile Engine TEI-TJ300 was designed and produced entirely with domestic resources and was tested in June with the participation of Industry and Technology Minister Mustafa Varank.

The engine, which weighs less than 30 kilograms and has a narrow diameter of just 24 centimeters, is the first turbojet engine in the world capable of producing 1,300 newtons of impulse in its class. The TEI-TJ300 produces nearly 400 horsepower at velocity reaching 90% of the speed of sound.