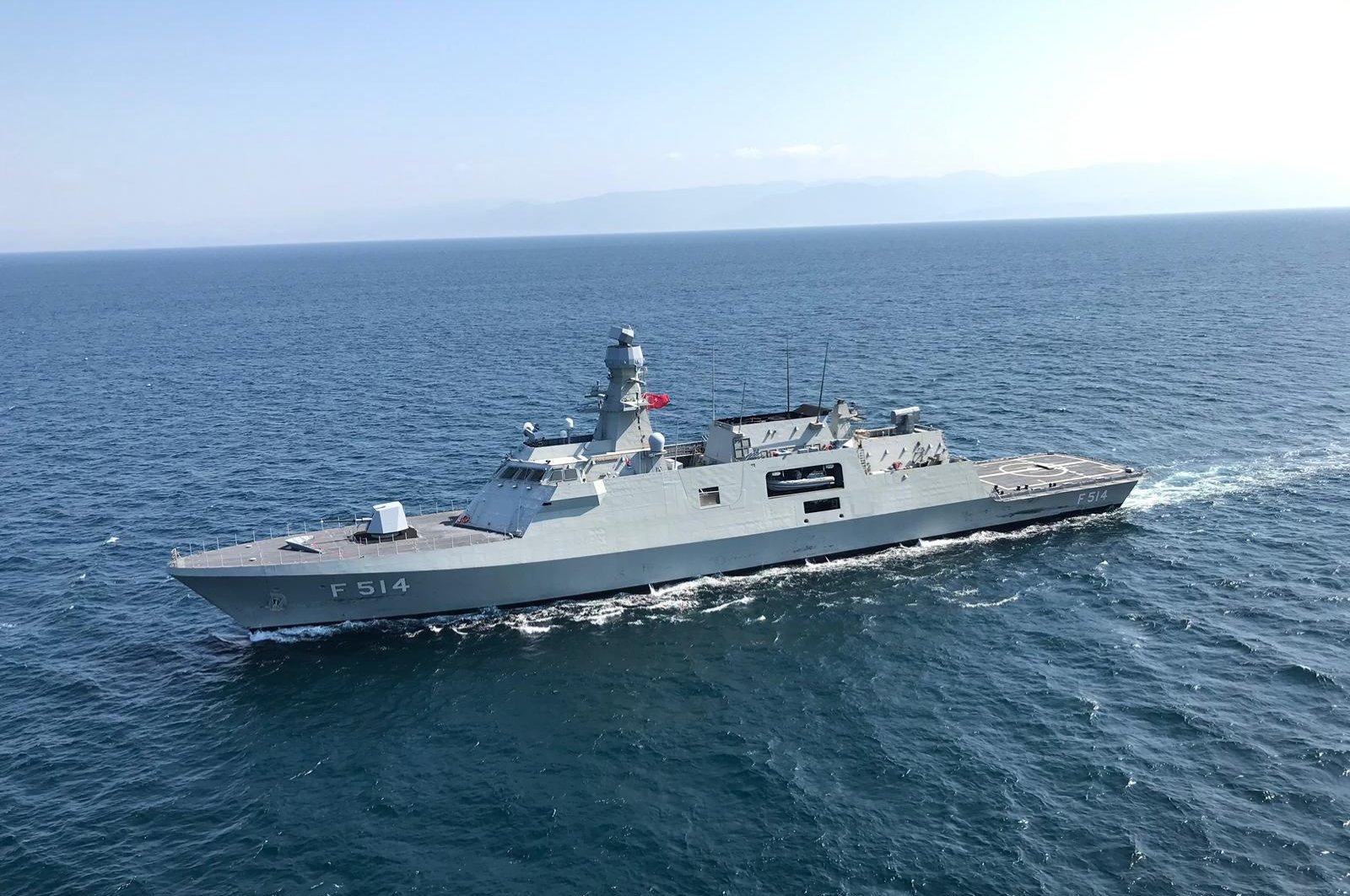 Having a defense industry that has no external dependency in any of the critical areas and building the necessary production infrastructure is our priority goal, President Recep Tayyip Erdoğan said Sunday, referring to Turkey’s naval platforms' production capacity, strengthened with public-private sector cooperation, as one of the most important elements in achieving this aim.

Erdoğan, speaking at the “New Naval Systems Delivery Ceremony” held in Istanbul’s Tuzla, home to civil and military shipyards, highlighted the fact that the Turkish defense industry has come a long way in reducing outside dependency and accelerated domestic production up to 70% over the last decade.

Turkey is one of the 10 countries that are able to design and build their own warships, Erdoğan said, noting that the country's maritime platforms were equipped with domestic weapon and radar systems. More daring projects will follow in the next five years, he said.

The boats will allow at least three divers to dive at the same time up to a depth of 90 meters (295 feet) and will be used in shallow and deep water diving training of diver personnel.

Erdoğan further underlined the country's achievements in the defense industry have made significant contributions to Ankara’s strategic accomplishments both within and outside of its lands.

The vessel is set to significantly increase the capabilities of the Turkish Armed Forces’ (TSK) overseas military and humanitarian operations once it enters into the inventory.

LHDs, which are small aircraft carriers, are characterized by a well deck allowing the use of several types of aircraft including Vertical/Short Take-Off and Landing (V/STOL) and Short Take-Off and Vertical Landing (STOVL) fighter jets, along with allowing for the transfer of large numbers of military personal and armored vehicles.

The TCG Anadolu will be utilized in the Aegean, Black Sea and Mediterranean operational areas, and, if necessary, in the Indian Ocean and Atlantic.

It can transport an entire amphibious battalion as well as the necessary combat and support vehicles to crisis regions without the support of the main base, executing landing operations with the help of landing vehicles it carries in its well deck.

The TCG Anadolu will also host an infirmary/hospital complete with operating room, X-ray equipment, dental treatment units, intensive care and infection rooms with a capacity of at least 30 beds and will be able to serve as a hospital vessel in humanitarian operations.

Erdoğan also informed that several other platforms including domestically built submarines and a fleet replenishment vessel will also join the inventory gradually in the upcoming period, along with TCG Istanbul, the fifth vessel being constructed under the MILGEM (National Ship) project.

The country has built four corvettes so far within the framework of the program, namely the TCG Heybeliada, TCG Büyükada, TCG Burgazada and TCG Kınalıada, while the fifth vessel, TCG Istanbul, is under construction. The vessel is set to be equipped with weaponry and other systems produced by leading Turkish defense industry firms like ASELSAN andd HAVELSAN.

The TCG Heybeliada was launched in 2011, the TCG Büyükada in 2013, the TCG Burgazada in 2016 and the TCG Kınalıada in 2019. The fifth vessel is being built under the Defense Industries Presidency (SSB) through a contract with leading defense company STM.