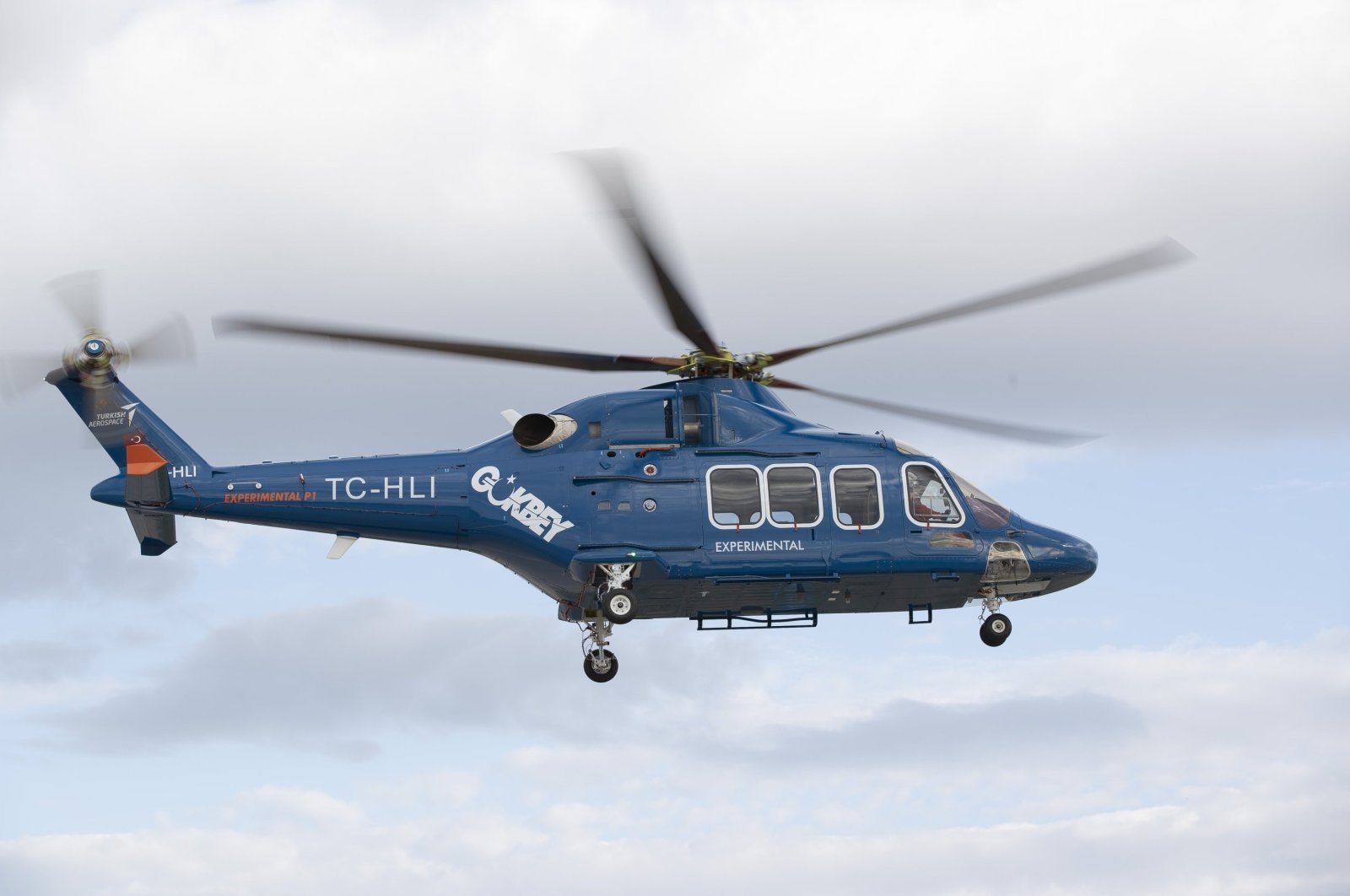 TAI's Gökbey makes a certification flight with its second prototype over the skies of the capital Ankara, Turkey, Jan. 7, 2019. (IHA Photo)
by DAILY SABAH May 21, 2021 3:10 pm
RECOMMENDED

Turkish Aerospace Industries (TAI) will mark a first in Turkey with a full-scale static test (FSST) on the country’s first indigenous multirole helicopter, the T625 Gökbey, the company announced Friday.

It said they will perform the FSST which enables original products to test critical parts before performing flight activities.

“The most comprehensive test in Turkey will be performed with reference to #GÖKBEY's Full Scale Static Test,” the company said in a Twitter statement.

The entire helicopter body will be loaded and critical parts will be tested, while the FSST is carried out with 96 control channels.

Sensor data will be collected from approximately 2,000 channels in the test, which includes 32 different test scenarios.

Collected data will be analyzed by extracting structural strain maps on the body. At the end of the tests, the structural strength limits of the helicopter fuselage will be revealed and the safe flight and certification processes will be initiated.

While the tests to be carried out within the scope of the Gökbey project were started with four engineers in 2014, as of 2021, a total of 32 engineers and technicians are working on the project. The TAI facility is equipped with world-class equipment and the infrastructure has a closed area of 3,200 square meters (34,445 square feet) and can perform 60 different tests at 60 different stations at the same time when operating at full capacity.

The T625 is being developed as part of the Original Helicopter Program, coordinated by the Presidency of Defense Industries (SSB). A twin-engine, six-ton-class aircraft designed for high mission flexibility even in the toughest of geographical environments and adverse weather conditions are being created in response to growing market demand for higher mission flexibility in this class. Power for the T625 prototype was previously coming from a pair of LHTECs, CTS800 4-AT turboshaft engines that have 1,373 shaft horsepower (shp) each, created in a joint Rolls-Royce and Honeywell partnership. The chopper will soon be powered by a domestically produced engine manufactured by TAI subsidiary TUSAŞ Engine Industries (TEI).