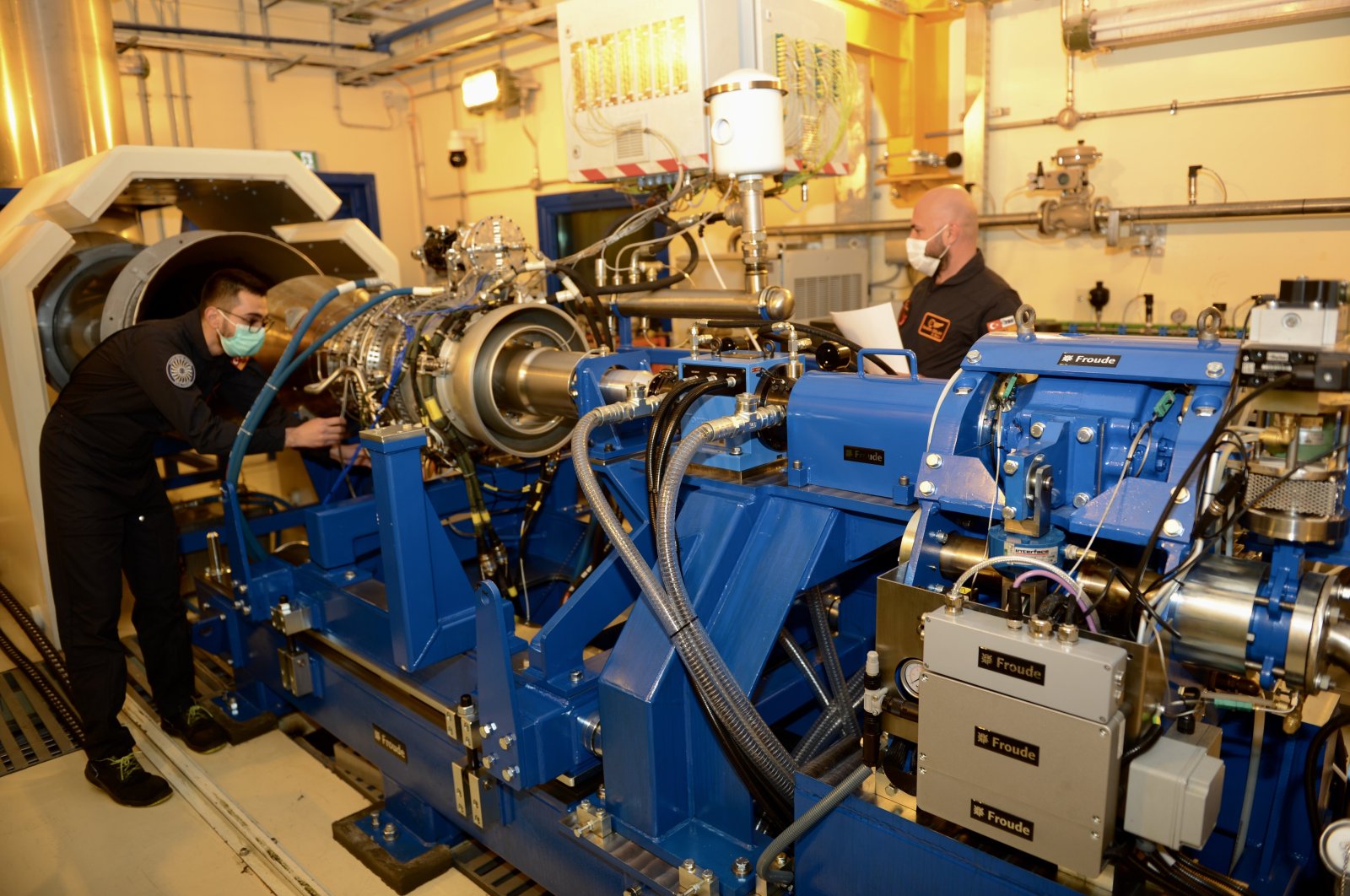 The second prototype of the first domestic helicopter engine TEI-TS1400, the TS4, was successfully started following the initial operation of the first prototype, the manufacturing company said in a statement Tuesday.

The project to produce the engine was officially started under the coordination of the Presidency of Defense Industries (SSB) on March 8, 2017.

“The TS3, the first prototype of the TEI-TS1400 engine, was delivered to TAI at a ceremony held on Dec. 5, 2020, which was attended by President Recep Tayyip Erdoğan.

Continuing its works without slowing down after the delivery of the TS3 engine, TEI completed the production and assembly of the TS4 engine, the twin sister of this earlier one, the company statement said.

“The first ignition and start-up of the TS4 engine were successfully carried out on Jan. 6, 2021,” it said, and during the tests, the TS4 engine was brought to the 'ground idle' power level and an important step was achieved in the project.

The statement emphasized that the tests of the TS4 engine were carried out in a new "national turboshaft engine test bench" designed and developed entirely by the TEI engineers and technicians, and a total of four engine test units will be used within the scope of the project to carry out the certification studies quickly.

A leading company in Turkey's aviation engine technology, TEI is set to maintain its projects throughout 2021 to meet the country’s needs, the statement added.

The T625 is being developed as part of the Original Helicopter Program, coordinated by the SSB. The T625 prototype earlier used a pair of LHTECs, CTS800 4-AT turboshaft engines that have 1,373 shaft horsepower each, created jointly by Rolls-Royce and Honeywell.

The TS1400 is also expected to be used on Hürkuş training aircraft and T129 Tactical Reconnaissance and Attack Helicopter (ATAK), as well as its derivatives developed by TAI.