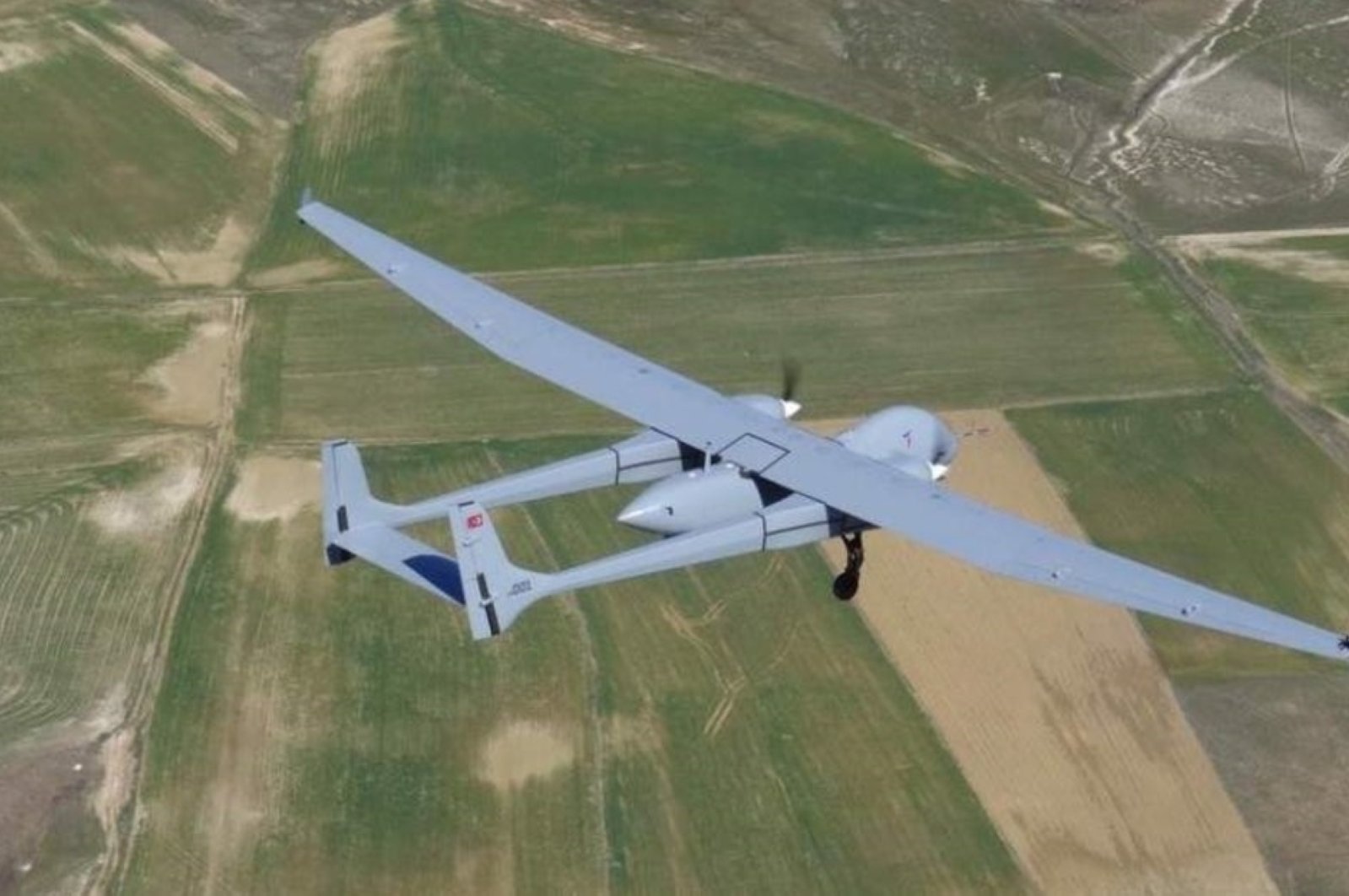 Ammunition was successfully test-fired with the Teber laser guidance kit from Turkish Aerospace Industries' (TAI) Aksungur, a medium-altitude long-flight unmanned aerial vehicle (UAV), marking the first use of Teber in a UAV.

The test-firing was announced by Defense Industries Presidency (SSB) Chairman Ismail Demir on Thursday in a statement he shared on his Twitter account. Demir also shared a video showing the ammunition fired from the Aksungur destroying the target.

Developed by one of the leading Turkish defense contractors, Roketsan, and attached to MK-81 (250 lb) and MK-82 (500 lb) general-purpose bombs, the Teber guidance kit converts bombs into precision smart ammunition.

Teber consists of a laser-seeker, a guiding kit – including an inertial navigation unit, global positioning system and missile computer – and a tail kit system. It was originally developed for integrating into F-16 jets.

Aksungur has a 750-kilogram (1,654-pound) carrying capacity and is capable of performing long-term operations at an altitude up to 12,192 meters (40,000 feet). The UAV most recently broke a record during its 59th test flight by staying in the air for 49 hours, TAI announced on Sept. 2.