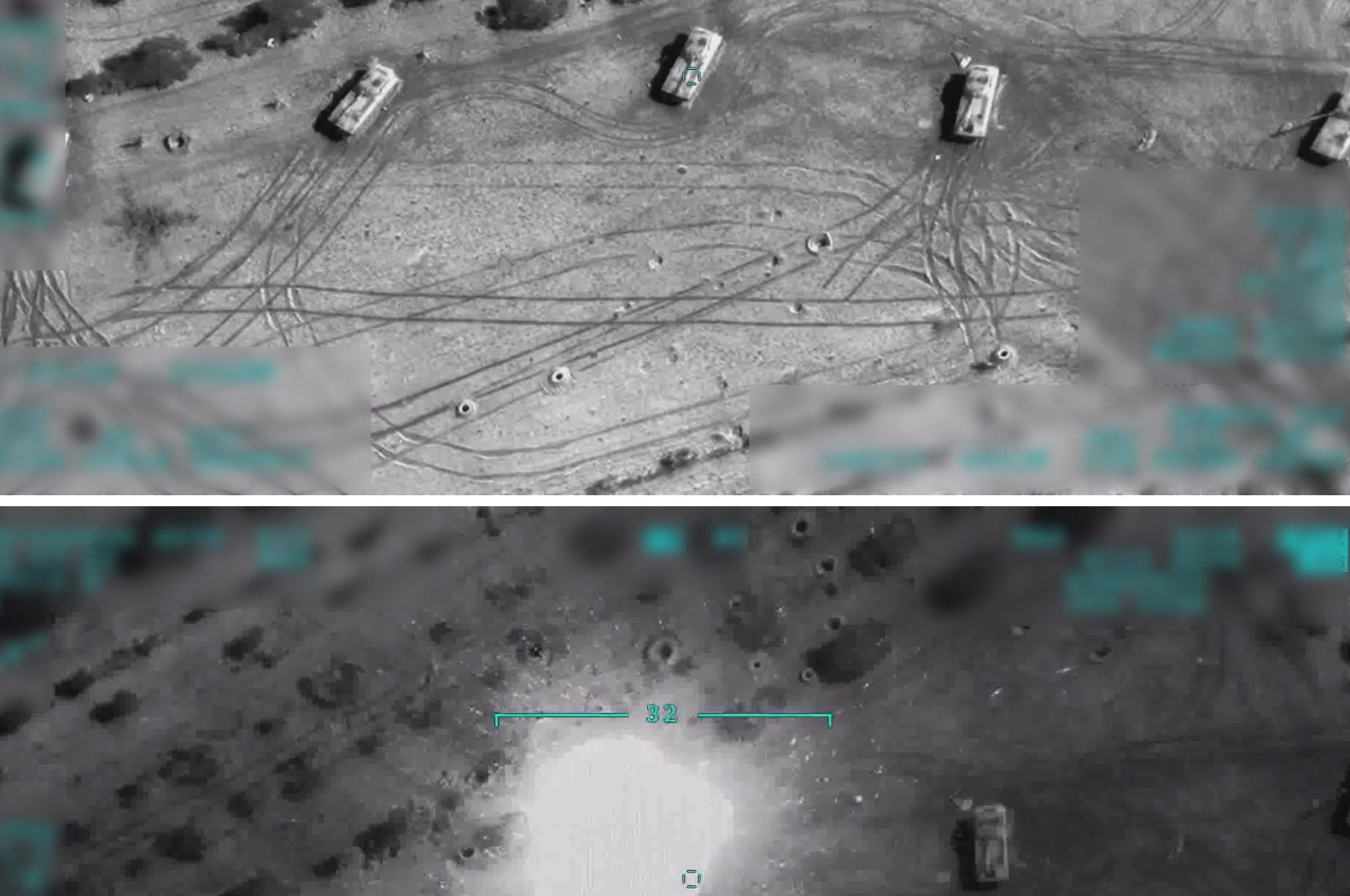 While there is an ongoing debate about the viability of tanks in modern warfare, and whether they are still needed, most believe they will be operational for another 40 years or so, or at least until the emergence of the widespread use of electromagnetic weapons that can release a high-power flash of radio waves or microwaves that can pierce a tank armor more easily. Meanwhile, tanks have been and will continue to be transformed as it is now impossible to use World War II concept tanks, experts say, an issue that may pop in one’s mind following the recent developments in Syria’s Idlib, where Turkish drone-led operations dominated Syrian regime tanks and armored vehicles.

Hakan Kılıç, a military aviation and defense industry researcher and author, said in a recent interview with Daily Sabah that he believes tanks will continue to be operational until technologies such as the electromagnetic railgun start to be used commonly. However, “if the electromagnetic artillery system were also integrated into a tank, it will automatically prolong their lives, leading to a basic, yet prevailing conclusion: The best tank hunter is again a tank.”

Kılıç said tanks are changing and so are the battlefields that are being used, “as the possibility to deploy them in vast plains like during WWII, in an armored combat vehicle concept, is more than reduced now."

The tank, he said, is becoming “a residential area warrior” since it is an easier war for them to win against anti-tank guided missiles (ATGM) in those areas with modernized versions of asymmetric warfare.

However, they are still vulnerable to air threats, especially when operating in vast areas, as in the case of the Syrian regime tanks that were eventually hunted down by Turkish-made drones.

Kılıç said that to equally combat aerial strikes, the tanks need electro-optic, thermal or infrared sensing systems and other kinds of protective countermeasure systems, which clearly the Syrian regime and many other armies worldwide do not own at this point.

Turkish forces retaliated massively with the domestically developed unmanned aerial vehicles (UAV) and artillery strikes against the Syrian regime forces in northwestern Idlib, after at least 36 soldiers were killed in a regime attack in late February. The hours following the regime’s brutal attack were not only crucial for the country’s stance on the battlefield but were also spotlighted by international media as a successful use of a drone army against tanks and armored vehicles, which were destroyed by the UAV-directed or supported strikes during Operation Spring Shield.

Along with thousands of Syrian regime troops, more than 100 tanks, dozens of howitzers and at least three air defense systems were destroyed by the Turkish Armed Forces (TSK) in the following days, most of which were targetted within the first 48 hours after the attack. Video footage circulated on social media showing Russian-made air defense systems belonging to the regime being destroyed.

Both the ANKA-S developed by the Turkish Aerospace Industries (TAI) and Baykar Makina’s Bayraktar TB2 Unmanned Combat Aerial Vehicles (UCAV) took part in the operation, providing surveillance and Close Air Support (CAS), and destroying the regime targets with ammunition either being delivered by the drones or from afar with their guidance.

Kılıç explained that to avoid being involved in direct combat with the Russian air force and abide by the Sochi agreement, the Turkish Air Forces’ F-16 fighter jets conducted air operations from the country’s own air space, establishing air superiority and providing both the CAS and the Suppression of Enemy Air Defense (SEAD) missions.

However, he added, most of the task was carried out by the UCAVs because of the Syrian air space’s being closed to the TSK, proving a new example of their usage against air defense systems or tanks, which were easily identified by the drones and followed.

“While everyone was suppressing the enemy air defense and doing the SEAD mission with the fighter jets, we had to do it with ANKA-S and TB-2,” Kılıç said.

He further stressed that the MAM-L mini smart ammunition that is used by drones “may not have dismantled the tank with its small warhead, like a guided antitank missile, but it has rendered dozens of tanks irreparable, neutralizing hundreds of infantry using many armored vehicles and SAM systems." Kılıç pointed out this new dimension of modern warfare in which massive armored systems and tanks can find little room to hide.

There are other factors behind the UCAVs' success besides Syrian tanks' vulnerability to air threats, Kılıç emphasized, such as ANKA-S’ endurance against the electronic warfare (EW) threats and their ability to attack from a very high altitude, along with the TB-2s' resistance against EW and their very small radar cross-section (RCS) value.

Operation Spring Shield, indeed, has also given Turkey a battlefield on which to test its electronic warfare technology.

“We can say that the Spring Shield was a battle between ASELSAN-produced KORAL and REDET EW systems and the Russian counter EW elements located in Hmeymin Air Base and Idlib,” Kılıç said.

The Turkish systems blinded the regime system’s radars, along with paralyzing the communication / radar network of Assad who did not have a fiber optic communication network in the region, he added.

Overall, the Idlib operation has shown that especially when the air defense and EW systems are deactivated, even 50-ton metal bodies are weak against much of the lightweight ammunition, not to mention the limitations on the mobility of a tank troop on vast terrain.

The dimensions of cyber and electronic warfare technologies, and the extent to and the context in which unmanned systems are used will be very effective in future conflicts. Meanwhile, Turkey has appeared to be a NATO member country effectively using these three strategies, raising questions on the modern military doctrine.