Turkey 1 of 10 nations that can build warships from the ground up: Erdoğan 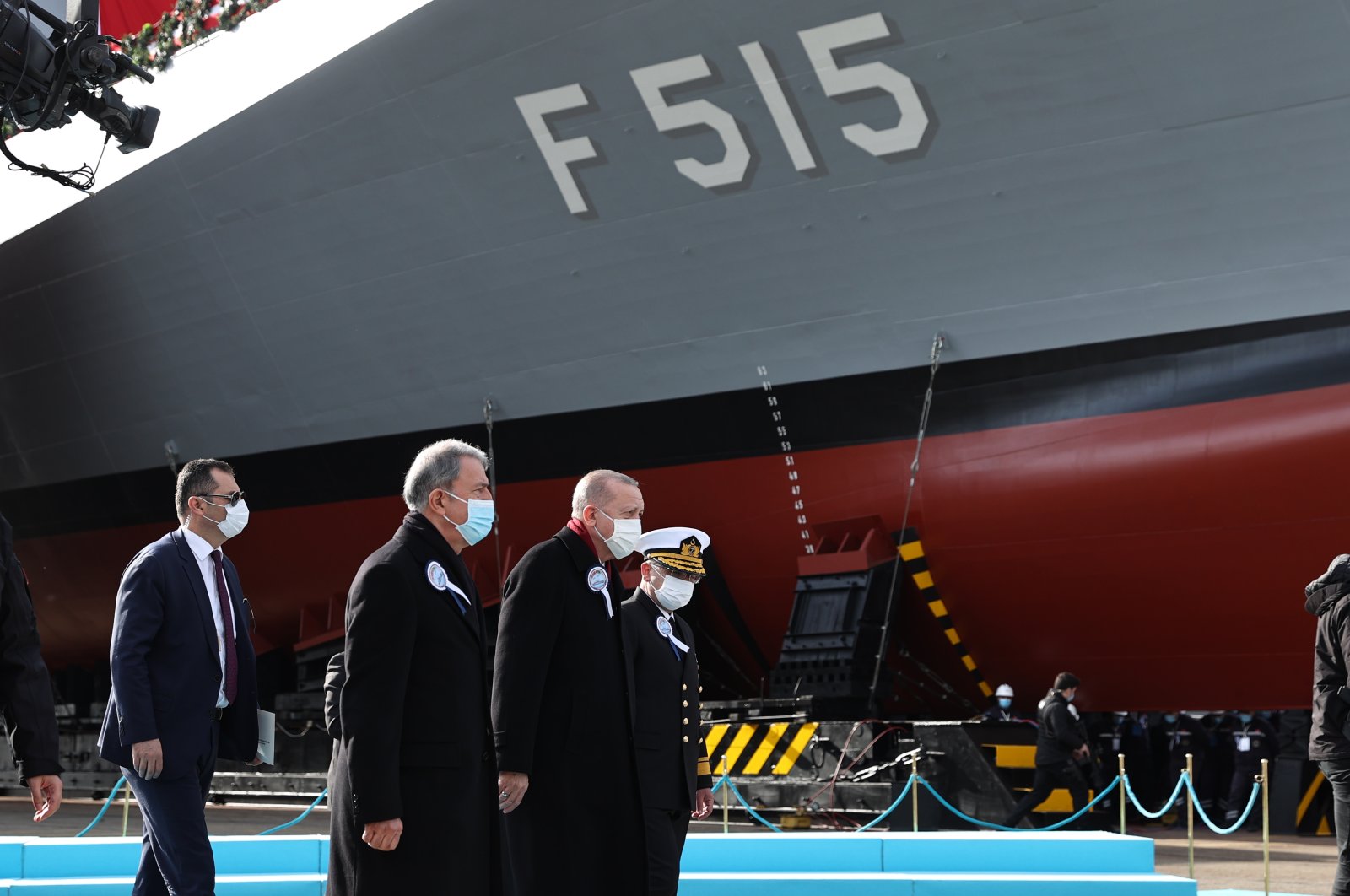 President Recep Tayyip Erdoğan said Saturday that Turkey is among 10 countries that can design, build and maintain their own warships.

“We will bolster our navy power in five years with five major projects,” Erdoğan said during a speech at the launch ceremony of an Istanbul frigate.

Along with the launch of the Istanbul frigate, the ceremony also marked the groundbreaking of the third ship to be constructed for the Pakistani navy under the MILGEM project. Erdoğan pointed out the exceptional defense relations between the two countries, which “has great potential.”

“We are moving a historical brotherhood between Turkey and Pakistan one step further. Just like Turkey, Pakistan also struggles against many terrorist threats in a difficult region. I believe that both countries can help each other in defying these threats,” he said.

The MILGEM project was initiated in 2000 to locally design and build a fleet of multipurpose corvettes and frigates that will replace older ships. Turkey has built four corvettes so far in line with the program, namely the TCG Heybeliada, the TCG Büyükada, the TCG Burgazada and the TCG Kınalıada, while the fifth vessel, the first MILGEM I-class frigate of its kind, the Istanbul Frigate, was recently added to the inventory of the Turkish military with Saturday’s ceremony.

Erdoğan said the number of projects in the Turkish defense industry has taken a significant leap from 2002, increasing from 62 to almost 700. With this increase, according to the president, Turkey has become a country that develops its domestic industry but also meets the needs of its allies.

“We owe our success to the cooperation between our institutions. Despite embargoes by global suppliers, we overcome difficulties with our own power. We are not only eliminating our current deficiencies but also preparing our defense industry for the future,” he said.

The president also noted that Turkish non-armed and armed unmanned aerial vehicles (UAVs) are admired from all over the world, adding that Turkey is already among the world’s first top three to four countries in this field.

He said a new aircraft carrier, which will be designed indigenously, will promote Turkey to the top league in the naval field. Gökdeniz systems, the naval equivalent of Korkut low-altitude air defense, will be added to the inventory of the Turkish military with the Istanbul frigate, he added.

Erdoğan also noted that six new submarines will be taken into service starting from 2022, one for each year.