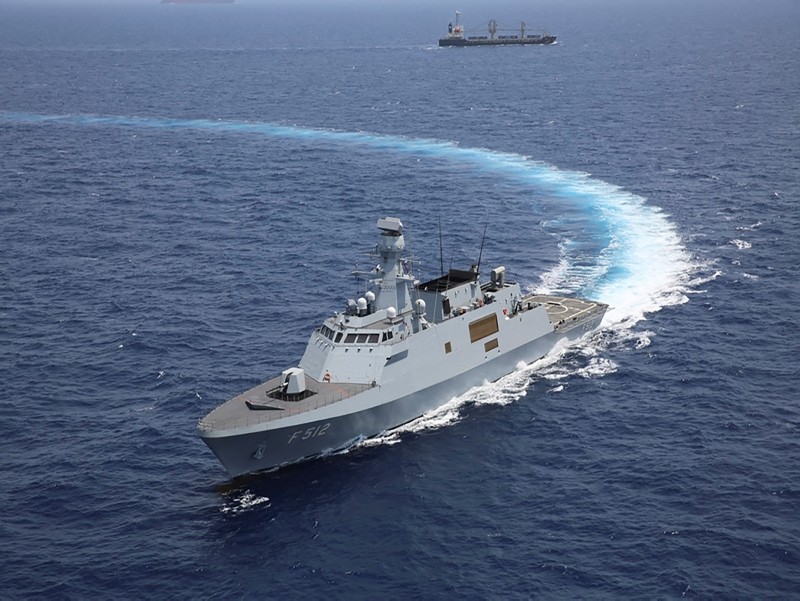 Canikli delivered his statement at a press conference in Montenegro, where he is paying a visit to carry out meetings.

"A tender opened by the Pakistan Navy to supply four corvettes has just been concluded, and Turkey has won the tender," the minister was quoted as saying by the Anadolu Agency (AA).

A presentation before the signing ceremony gave details about the four corvettes and the sale process. Accordingly, negotiations began in 2015 and the first purchase demand was made in 2017, whereas the final sale negotiations lasted for 12 days.

"It is multi-billion dollar project and as Turkey, we have undertaken a sophisticated project in the international field for the first time. Negotiations had been ongoing for over six months and completed after a really difficult and exhaustive period; it was signed today," Canikli said.

The tender's result is important in showing the point that the Turkish defense industry has reached, Canikli said, noting that Turkey has beaten a number of powerful countries through a very good bid, both in terms of quality and price.

In May 2017, Turkey and Pakistani defense companies had signed a goodwill agreement for the construction of four Turkish Ada class MİLGEM (National Ship) corvettes in the Karachi Shipyard. According to the final agreement, two ships will be built in Istanbul and two others in Karachi. Two of the corvettes will join the inventory of the Pakistan Naval Forces in 2023 and the remaining two in 2024.

The first ship will be constructed in 54 months and the remaining ships will be built in 60, 66 and 72 months, respectively.

The corvettes, which can cruise uninterrupted for 15 days, will be 99.56 meters long and 14.42 meters wide with a maximum speed of 26 knots.

The deal also includes the sharing of engineering information and training engineers. 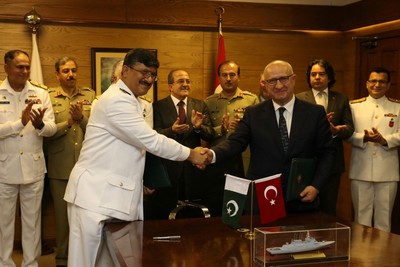 The MILGEM (National Ship) Project was initiated in 2000 to locally design and build a fleet of multipurpose corvettes and frigates that will replace older ships.

Turkey has built four corvettes so far within the framework of the program, namely TCG Heybeliada, TCG Büyükada, TCG Burgazada and TCG Kınalıada, while the fifth vessel is under construction.

The country's goal is to build eight corvettes within the scope of the program.

The construction of all four ships of the ongoing Ada class – named after Istanbul's Princes' Islands – were undertaken by the Istanbul Navy Shipyard Command of the Turkish Armed Forces (TSK).

The two countries enjoy brotherly relations and have deep cooperation in the defense field, including the training of military personnel.

Previously in June 2016, Turkish defense firm Defense Technologies and Engineering (STM) won the tender to modernize Pakistan's submarines against its French competitor DCNS, which is the designer and manufacturer of the submarines. STM had also designed the 158-meter Pakistan Navy Fleet Tanker (PNFT) built by the Karachi Shipyard and Engineering Works, and commissioned in 2018.

Recently in May, Ankara and Islamabad signed a deal for the sale of 30 Turkish attack helicopters. The T129 ATAK helicopter was developed by the Turkish Aerospace Industries (TAI) and Italy-based AgustaWestland, and rebranded as Leonardo Helicopters in 2016.