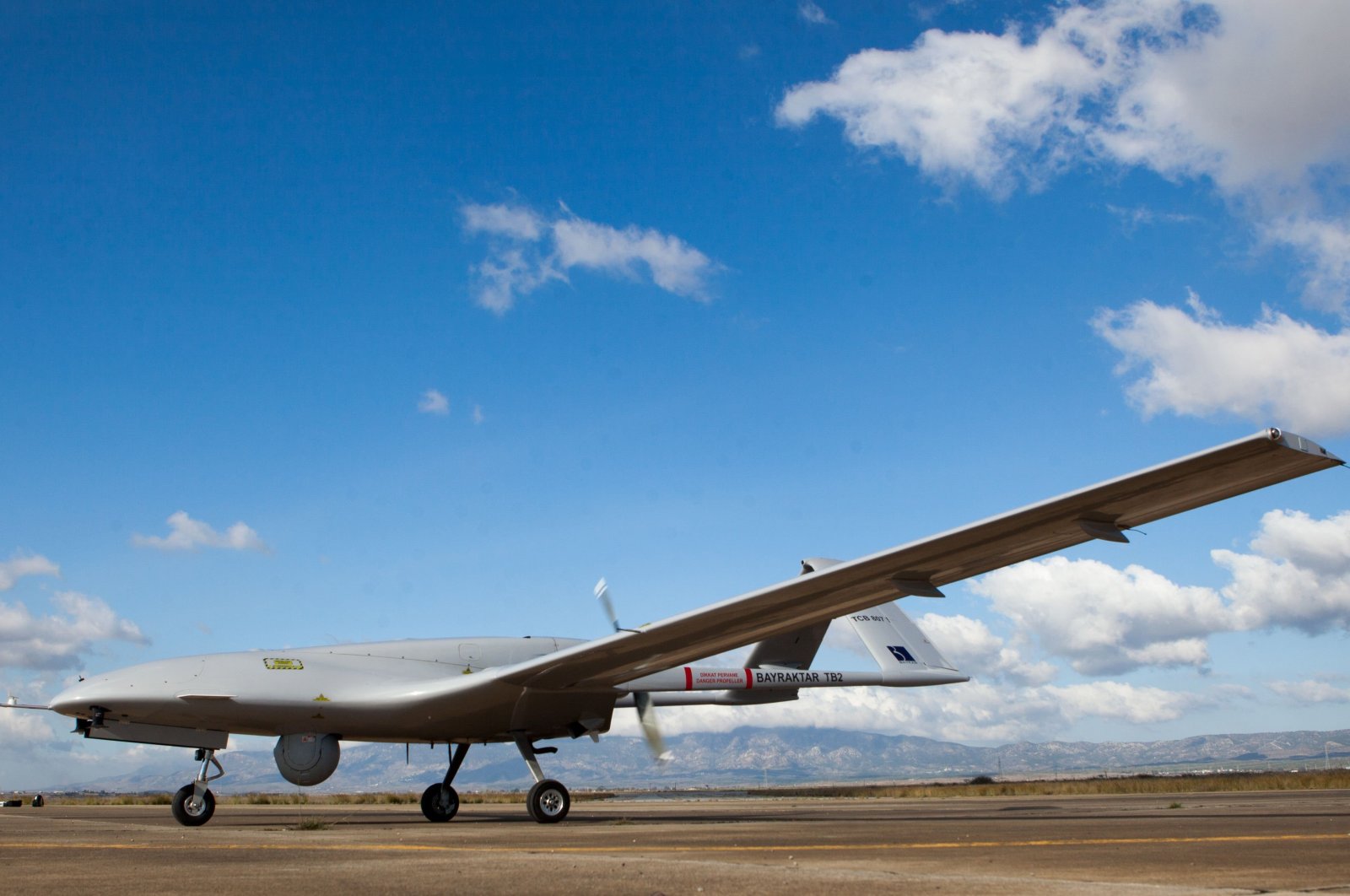 A Turkish-made Bayraktar TB2 drone is pictured at the Geçitkale military air base near Gazimağosa (Famagusta) in the Turkish Republic of Northern Cyprus (TRNC), Dec. 16, 2019. (AFP Photo)
by Daily Sabah with AA Oct 09, 2020 11:08 am
RECOMMENDED

The firm delivered 15 terminals in July as part of the project launched by Turkey's Defense Industries Presidency (SSB) in 2014, according to information received by Anadolu Agency (AA). Aerial SOTM terminals will provide Turkish UAVs, such as Bayraktar TB2 and Vestel Karayel, with satellite communications.

CTech prioritizes developing systems to combat modern security threats. The SOTM project was launched in 2014 to develop the satellite modem system within the scope of the ANKA-S Project. Later, the first domestic UAV satellite communication terminal was established in 2017. Currently, the firm is developing broadband satellite communication systems for UAVs within the scope of the agreement with the Turkish Aerospace Industry (TAI) in 2018.

The first delivery was carried out in July for the ANKA-S, and 15 terminals and two MiniHUBs were provided to TAI. The deliveries of 40 mobile terminals, a dozen mobile ground stations equipped with MiniHUBs and one HUB system will be completed by the end of 2021.

The broadband solution offered by CTech enables UAVs to transfer data with speed exceeding 20 megabits per second (Mbps) to the ground control station.

With these completely scalable systems, it is possible to perform dozens of UAV operations simultaneously.

These new and ultra-compact systems also provide satellite communication to armored land vehicles that have only radio and line-of-sight (LOS) communication and to relatively smaller tactical UAVs, the Bayraktar TB2 and Vestel Karayel.

Turkey realized its program of developing and producing drones over a short period of time. The Bayraktar TB2 armed drones, produced by the country's leading unmanned aerial platform developer Baykar, have been operationally used since 2015. They have continued to support Turkey’s fight against terrorism while providing effective surveillance, reconnaissance and fire support.