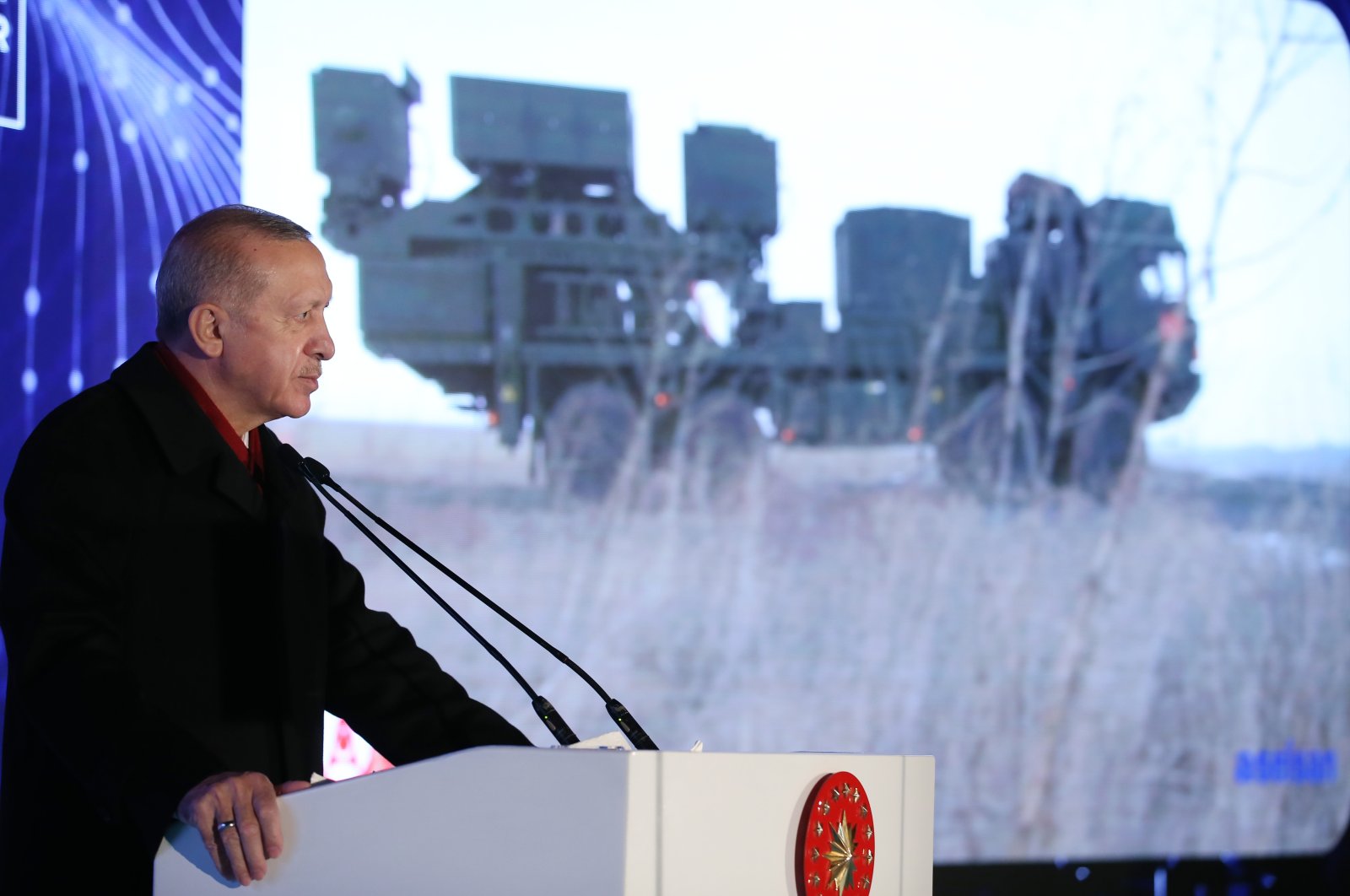 “We have already said we are in the space league,” Recep Tayyip Erdoğan said at the inauguration ceremony of a new facility for Turkish defense giant Aselsan in the capital Ankara.

“I want to say that we have illuminated the darkness of space once again thanks to our national technology. We have successfully completed our national satellite launch tests. In these tests, we have reached space four times,” Erdoğan said.

In August, the president had announced that Turkey will launch the first space trials of its liquid-propellant rocket engine technology. He had earlier this year promised the launch of a national space program in 2020, allowing the country to join the ranks of China, the United States, India and Russia.

Erdoğan on Thursday vowed to further boost the country's defense industry. “We can not tolerate the procurement of (defense) products from abroad that we can produce ourselves," he stressed.

“We will continue to provide all kinds of support to the defense industry,” Erdoğan added.

Turkey has reached a defense industry that has completed nearly 700 projects, up from only 62 in 2002, the president noted. Some 550 projects have been initiated over the last five years alone, he added.

He said that Turkey increased the budget for its defense projects from $5.5 billion (TL 42 billion) to $60 billion.

“The number of defense companies has increased from 56 to 1,500, their turnovers have hit $11 billion from only $1 billion and their exports have reached $3 billion, up from only $248 million,” Erdoğan stressed.

Turkey is being represented by seven firms in the list of the world’s top 100 defense companies.

“Five of these have entered the list in the last five years alone,” the president said.

Turkey's top priority is to use "the resources we have to develop and strengthen our own defense industry," he said.

Erdoğan urged Turkish companies and professionals to put in their best efforts to support the sector.

"If we have a serious current account deficit today, the role of the defense industry in minimizing this deficit cannot be underestimated," he added.

Self-sufficient and helping others

Despite hurdles created by global suppliers, Erdoğan said Turkey came out stronger than before by relying on its own strength.

Turkey is not only self-sufficient in meeting its defense needs but also helps its allies, the president added.

"We are among the only 10 countries who can design, build and maintain their own warship," he said.

Turkey can comfortably conduct counterterrorism operations within its borders as well as peace operations beyond borders, he said.

Turkey ranks among the top three or four when it comes to manufacturing drones, combat drones and tactical drones, he said.

"We owe all this to the progress we have achieved in the defense industry," he said.

"We continue to implement systems that require high technology by increasing our research and development investments," Erdoğan noted.

Erdoğan added that the Canadian government's embargo against Turkey because of its support to Azerbaijan led Ankara to produce some parts locally.

Last month, Canada suspended the export of some drone technology to Turkey over the allegation that the "Canadian technology was used in the military conflict in Nagorno-Karabakh."

In a phone call last month, Erdoğan told Canadian Prime Minister Justin Trudeau that Canada’s suspension of the export was not in line with the spirit of alliance.

Following Canada's move, Turkey's Presidency of Defense Industries (SSB) Chairperson Ismail Demir said that the local defense industry was going ahead with its plans, regardless of embargo decisions.

He said the Common Aperture Targeting System (CATS) cameras, which will be equipped on the country's armed unmanned aerial vehicles (UAVs), were going into mass production.

ASELSAN, the Turkish defense giant, will continue to work on upgrading the camera, he added.