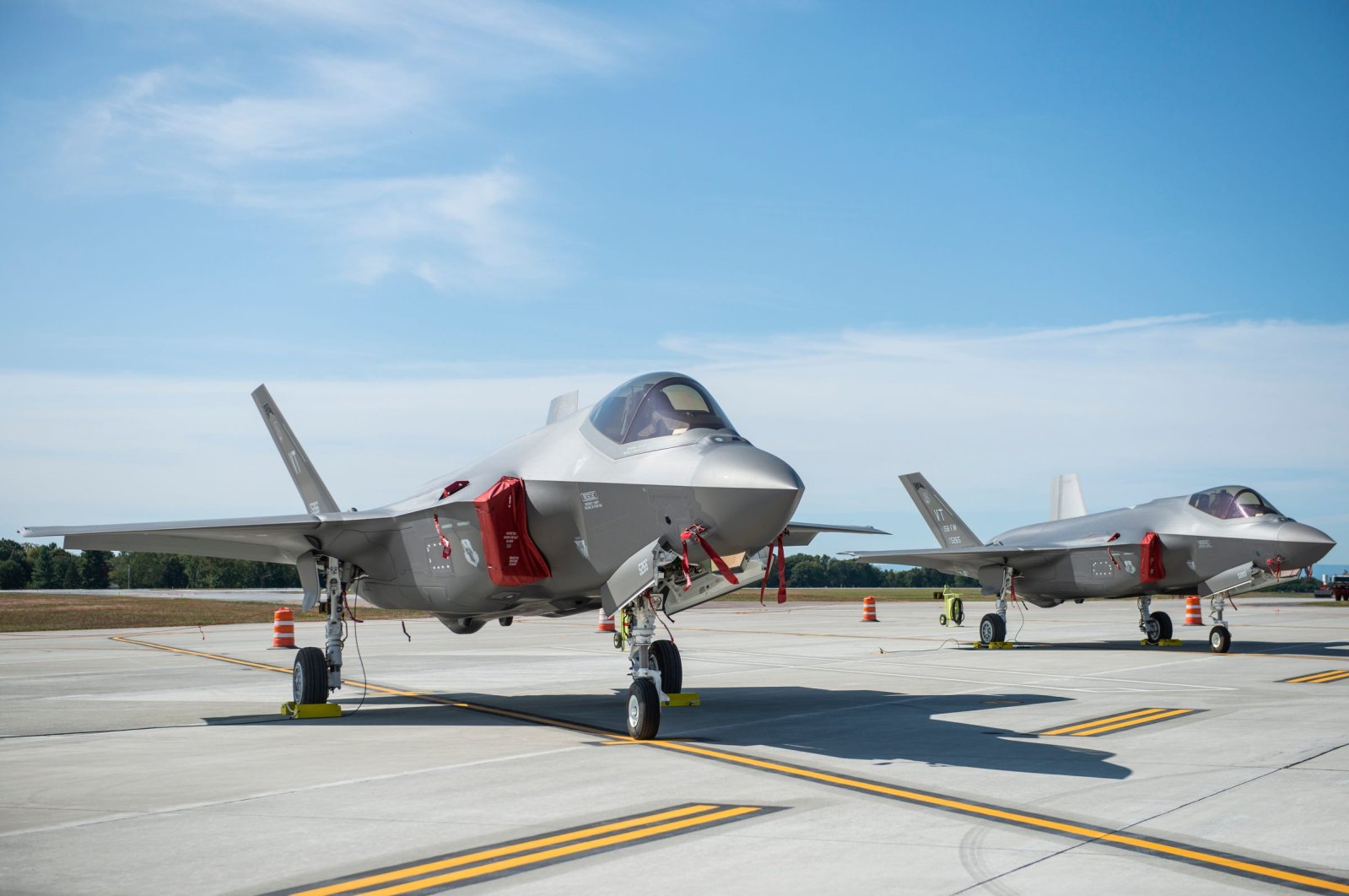 Turkey will continue manufacturing components for F-35 fighter jets through 2022, U.S. defense officials said, despite Ankara being suspended from the program nearly a year ago over its purchase of a Russian-made air missile defense system.

It is the U.S. Defense Department’s first official confirmation since President Donald Trump himself recently confirmed that Turkey continues to produce key parts for the jet. Turkish officials have also said production was continuing.

Pentagon spokeswoman Jessica Maxwell said Wednesday that the U.S. will continue working with Turkish companies producing some parts of F-35 jets until 2022.

Maxwell was quoted by Anadolu Agency (AA) as saying the companies would keep producing 139 components of the jets until 2022. “Our industry partners will carry out the continuing contracts,” she said, adding that the Pentagon was still looking for alternatives to Turkey.

A Defense Department spokesman, Lt. Col. Mike Andrews, was cited by Bloomberg on Tuesday as saying in a statement that a decision was made late last year “to honor existing contractual arrangements and accept delivery of parts that were already on contract.”

The goal is to “avoid costly, disruptive and wasteful contract terminations,” Andrews said.

Washington announced last July, when the first Russian S-400 defense system units arrived in Turkey, that it was suspending Ankara from the Lockheed Martin F-35 stealth jet program and expected to “wind-down” Turkey’s involvement by March 2020.

The U.S. Senate Armed Services Committee, under the National Defense Authorization Act, or NDAA, earlier this month authorized the U.S. Air Force to utilize, modify and operate six Turkish F-35s that were manufactured but never delivered.

Despite the fact that Turkey has been emphasizing that the S-400 would not be integrated into NATO systems and therefore does not pose any threat to the alliance or its armaments, the U.S. has insisted that the Russian system is not compatible with weapons serving as part of NATO's air-and-missile defense system.

Ankara had planned to eventually acquire over 100 of the fifth-generation fighter jets and Turkish defense companies were heavily involved in the construction of the system, manufacturing critical components.

Turkish firms have been manufacturing hundreds of components of the jet, from its center fuselage and engine propulsion system to parts for cockpit display systems and landing gear.

Turkish manufacturers are involved in building some 937 parts for the F-35, according to Pentagon. About 400 of those parts are sole-sourced in Turkey – meaning there is no other partner manufacturing those parts. The Pentagon had said the contracts would have been worth around $9 billion over the course of the program.

Andrews was cited as saying that Turkish-made parts for the jet’s engine propulsion system included electronic wiring harnesses, compressor rotor hubs, bracket assemblies for harnesses, as well as seals for an air turbine.

Alternate sources “have been identified for all Turkish-made parts and will be utilized as the Turkish contracts lapse and material is delivered,” Andrews said.

The Bloomberg report also cited Lockheed Martin spokesman Brett Ashworth as saying that in line with the Department of Defense guidance, the company "continues moving away from Turkish suppliers” as “their existing contracts expire and fully qualified alternatives are identified."

In its latest annual report, announced in May, the U.S. congressional watchdog, the Government Accountability Office (GAO), said the decision to expel Turkey from the program would be likely to compound already beleaguered supply chain issues.

The GAO said some suppliers had been struggling to meet increased production demands in 2019, and as a result, the program witnessed increased rates of late deliveries of parts due to shortages.

The watchdog said about 7,000 of its more than 10,000 airframe contractors' "key processes" did not "meet predefined design standards for ensuring product quality," and that it continued to face supply shortages that are likely to be exacerbated by Turkey's removal.