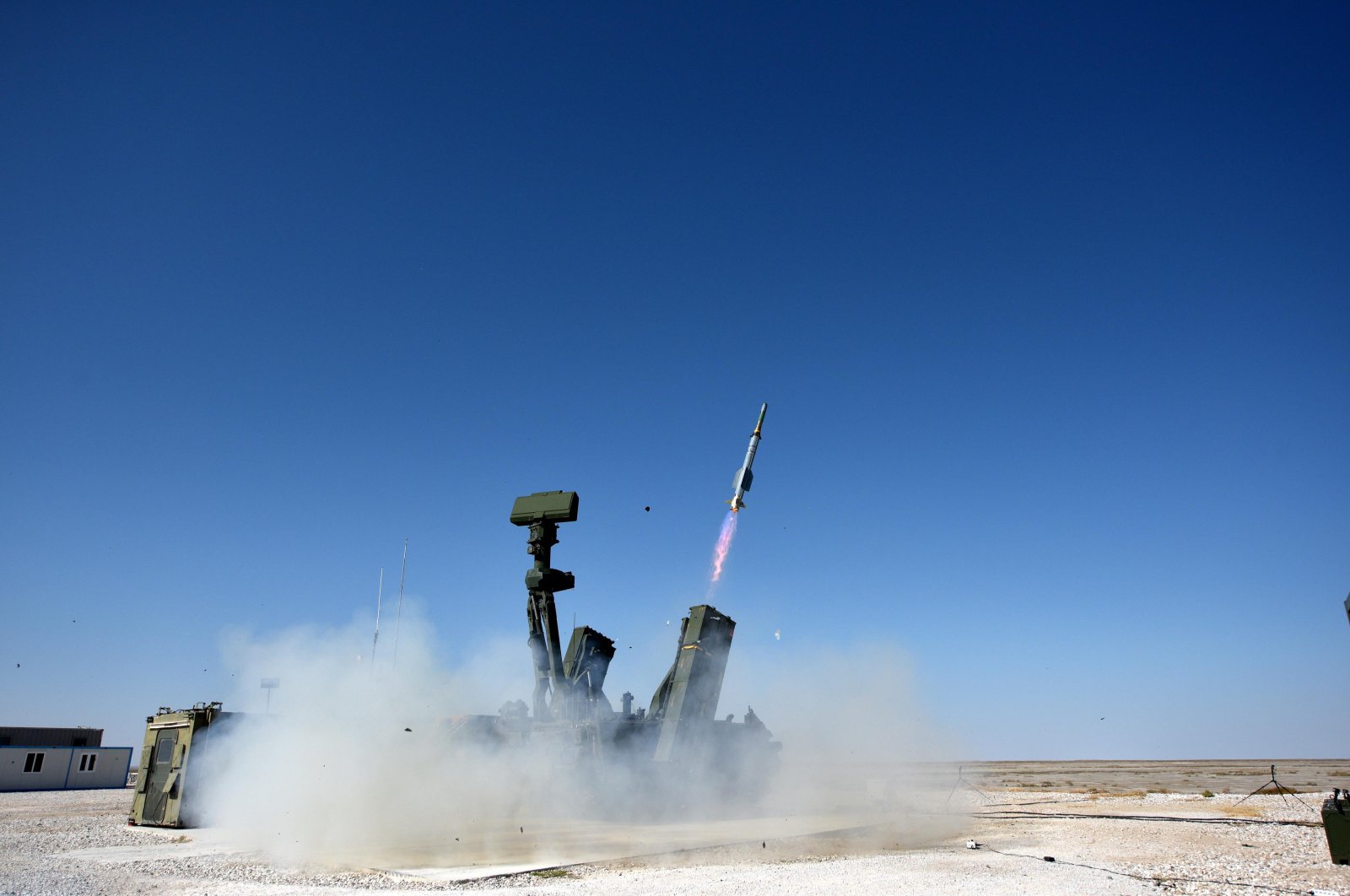 The defense systems were jointly developed by leading defense contractors ASELSAN and ROKETSAN, under the coordination of the SSB.

The systems will be on the battlefield as part of Operation Spring Shield, launched early Sunday in northwestern Syria's Idlib. It targets Bashar Assad regime forces and Iranian-backed militia in a retaliatory move against the brutal regime attack that killed 34 Turkish soldiers and injured dozens of others in the de-escalation zone on Feb. 27.

Currently, the Korkut low-altitude air defense system is active on the ground, Demir told broadcaster CNN Türk, adding that the deployment of the HİSAR family of systems will add a new level to Turkey’s air defense capabilities.

Korkut was also domestically developed by ASELSAN and has the capability of firing 1,100 rounds per minute, and it can destroy rockets some 4 kilometers away before they hit the ground in cases where they are not detected by military drones.

HİSAR missiles were developed to protect military bases, ports, facilities and troops against air-based threats as well as to meet the needs of the Turkish army for a low and medium-altitude air defense system.

Hisar-A completed the test phase in March 2019, when it neutralized a target plane with pinpoint accuracy in vertical shooting. A 100% success was achieved in the test shooting of the missile, in guiding it with radar information, target detection, tracking and achievement of the target with the searcher cap. With the change of engagement subsequently, the missile was directed to the second target in the air, and the same level of success was achieved.

Hisar's radar, command and control, and fire control systems were all developed by ASELSAN, while ROKETSAN was responsible for the development of the missile system.

Coordinated retaliatory strikes by swarms of armed locally made drones, namely the Turkish Aerospace Industries' (TAI) ANKA-S, and the Bayraktar TB2 developed by the Baykar Makina, ended up causing significant damage to Assad regime elements, hitting everything from tanks and air missile defense systems to howitzers, as well as military bases and chemical warfare depots.

The clip shows a Pantsir S-1 mounted on its eight-wheel-drive truck sitting placidly as the MAM-L smart ammunition projectile, developed by ROKETSAN and fired from Bayraktar TB2, barrels toward it. The apparently active system failed to detect the incoming missile, possibly because of the signal jamming going on in the area, among other reasons.

The Koral was developed under the scope of an agreement inked between Aselsan and the SSB in July 2009 for the domestic production of ground-based ES and EA systems.

The Koral system can be installed on military vehicles and is operational on a large frequency band. The system consists of one electronic support vehicle and four electronic EA vehicles.

Turkish Air Forces have also downed two Russian-built fighter jets over Idlib with missiles fired from F-16 fighter jets in Turkish airspace with the possible coordinated assistance from the drones. Another Assad regime warplane was downed near Maarat al-Numan on Tuesday.

U.S. President Donald Trump on Saturday said he was in talks with President Recep Tayyip Erdoğan over supplying Turkey with Patriot missiles after Ankara was reported to have requested the missiles amid heightened military tensions in Idlib.

The martyred Turkish soldiers were working to protect local civilians under a September 2018 deal with Russia, which prohibits acts of aggression in Idlib.

But more than 1,300 civilians have since been killed in attacks by the Assad regime, backed by heavy Russian airstrikes in the zone, as the cease-fire continues to be violated, sending about a million refugees toward Turkey's border with Syria.

Turkey on Oct. 9, 2019, launched Operation Peace Spring to eliminate YPG terrorists from the area east of the Euphrates river in northern Syria to secure Turkey's borders, aid in the safe return of Syrian refugees and ensure Syria's territorial integrity.

Besides the Operation Peace Spring, Turkey carried out two cross-border operations west of the Euphrates river, Operation Euphrates Shield in August 2016 and Operation Olive Branch in January 2018, to drive away terrorists, including the YPG/PKK and Daesh, from its borders.