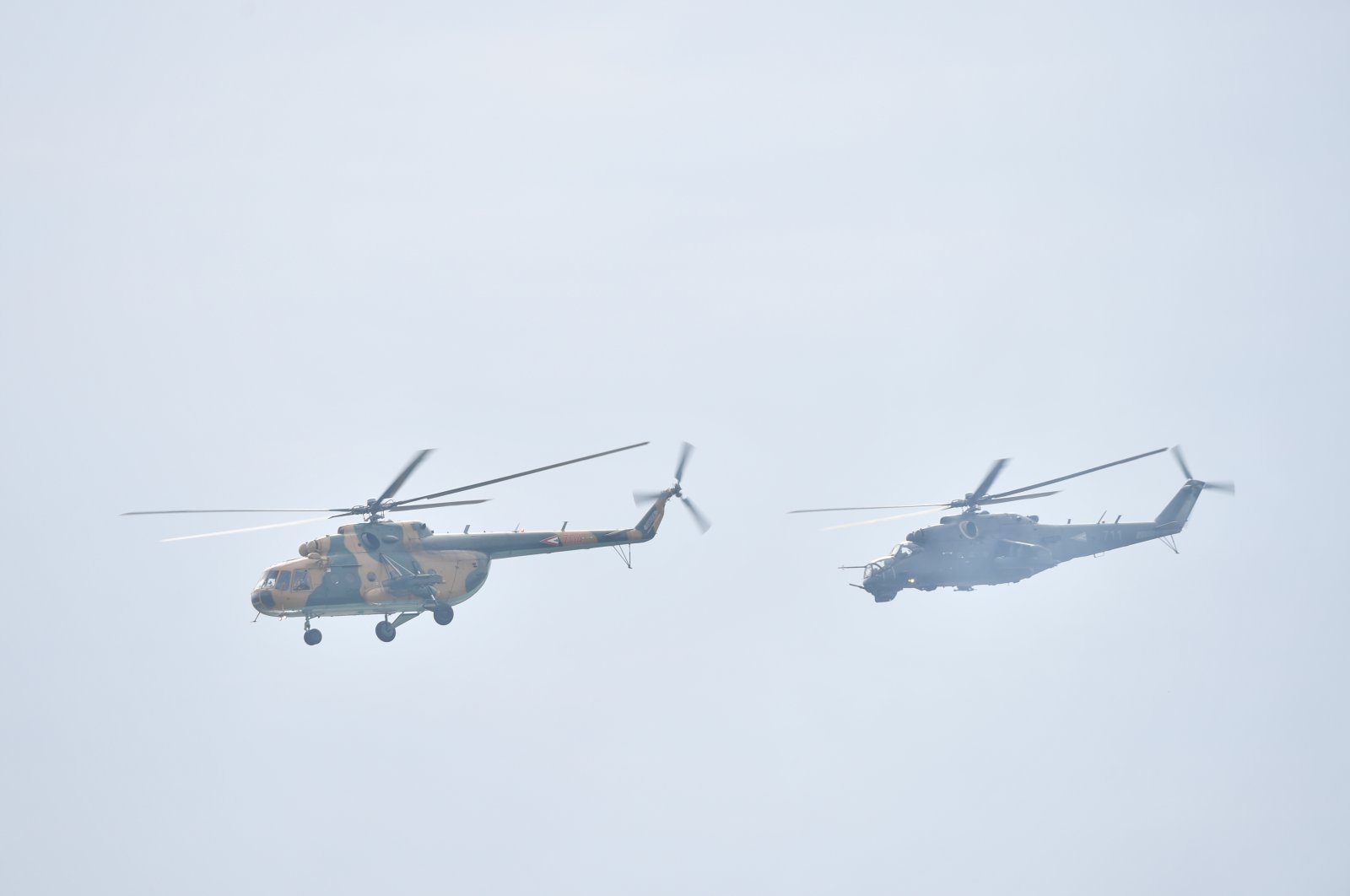 Depot-level maintenance and repair services of Mi-17 helicopters, costing approximately $2.5 million, will be carried out in Turkey, as part of a new contract signed between the Turkish Aeronautical Association (THK) and the Ukrainian defense industry umbrella organization Ukraspecexport (USE).

THK general manager Cemal Balıkçı told Anadolu Agency (AA) Tuesday that the depot-level maintenance and repairs of Mi-17 helicopters were successfully carried out at the company's facilities in Isparta province in central west Turkey under a previous contract.

Stating that before signing the relevant contract, the company went through a 6-month negotiation process, Balıkçı said that at the end of this process, the USE and the THK had inked the deal at the 15th International Defense Industry Fair (IDEF 2021). He said that the final agreement was signed for the establishment of the "Major Maintenance and Repair Base" for Mi-17 helicopters.

Accordingly, a new maintenance and repair base will be established in the capital Ankara, and Turkish engineers and technicians will carry out the related services.

“We will use our 41 years of logistics experience here to bring a new capability to our country,” Balıkçı said.

Noting that there are 18 Mi-17 helicopters in the inventory of the Gendarmerie General Command in Turkey, Balıkçı further commented on the contract that the modernization of a helicopter currently costs $2.5 million and under the framework of the current project with the USE, the THK receives some $420,000 and the remaining $2.1 million is paid to the USE.

He said, however, when the maintenance is carried out in Turkey as part of the new deal, at last half of this cost will remain in Turkey, and the other half will be used for engine testing activities to be carried out in Ukrainian Motor Sich company as well as for the spare parts to be procured.

“Besides, when the spare parts we need are started to be produced in Turkey over time, a significant amount of foreign currency will remain in our country,” he said.

Balıkçı pointed out that approximately 1,500 Mi-17 helicopters are in use in the surrounding countries, including the Middle East and Asian markets, and stated that they started to take initiatives to enter this market and undertake the depot-level maintenance of all such helicopters.

Stressing that some countries, especially Libya, Pakistan and Azerbaijan, are now potential customers for the maintenance and repair of Mi-17 helicopters, Balıkçı said, "As soon as the contract was signed at IDEF, the Libyan delegation came to our stand at the fair and said that they wanted us to undertake their helicopters’ maintenance works.

Balıkçı added that the next step would be toward becoming an authorized maintenance center for the maintenance and repair of Mi-8 and Mi-24 helicopters.