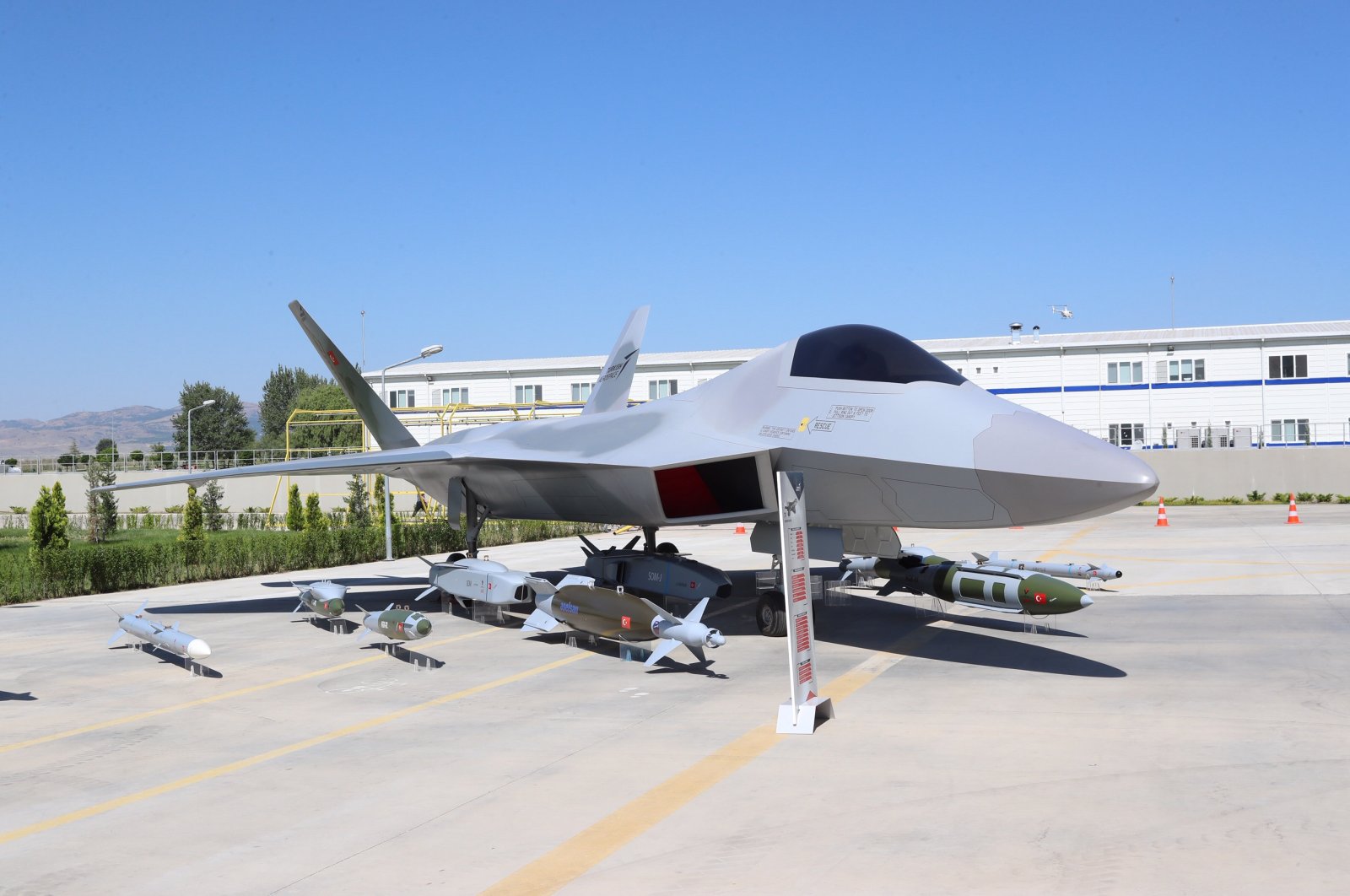 The experience Turkey has gained from developing unmanned aerial vehicles (UAVs) and helicopters domestically will be useful in the development of the country’s fifth-generation fighter jet, though there are certain challenges ahead in terms of technology, the head of the Defense Industries Presidency (SSB) said in a recent interview. Ismail Demir also suggested they are one step further in the locally produced main battle tank which will be powered with the indigenous engine.

In an interview with Kriter magazine, which is published by Ankara's Foundation for Political, Economic and Social Research (SETA), Demir said an integrated system is needed on the road map for the national fighter jet (MMU) project regarding its engine systems, avionics systems, electronic systems, radar invisibility and flight control systems.

He noted that Turkey has not closed the door on a multi-partner project and is still as open to collaboration as it was during the prototype development phase.

Turkey has shown significant gains in using UAV capacities in the field, especially with the circulating footages from Syria and Libya in which Bashar Assad regime tanks, Russian-made air defense systems and Libyan putschist Gen. Khalifa Haftar’s military equipment were destroyed by Turkish drone-led operations. Demir says those drones have multiple uses, apart from surveillance, shooting and other usages in the field of operation.

“UAV technology has the potential to go to such a point that it's like your airspace is now moving into an automated control system,” Demir explained, which means the unmanned vehicles, which vary greatly in size, can be integrated with an automatic control system, enabling them to conduct operations in crowded airspace without the need for human intervention.

The defense industries' head pointed out the potential usage of UAVs in civil areas, such as for cargo deliveries, noting that the country currently has cargo projects underway using micro UAVs.

The integration of a wide range of UAVs controlled in a smart system will ensure them to operate very effectively while not blocking air traffic, he noted.

Demir said that ensuring the common communication of the unmanned vehicles will be a definite requirement when they are diversified as unmanned land, sea and underwater vehicles, which is also on the country’s agenda.

“The battlefield now requires tremendous brainpower, and the battles are about to become a field where technology is very active,” he said.

Commenting on other projects that are expected to significantly contribute to the country’s domestic production in the defense area, as well as to its economy, Demir said the next-generation main battle tank (MBT), Altay, is expected to be powered by a domestic engine and significant progress was made in this regard.

He said that there may be some delay in implementing the domestic engine for the first batch of the tanks, but it is set to catch up with the coming series of the MBT.

“The Altay will be a domestic product to a great extent and was already developed with a national design,” Demir added.

Altay, which is set to become the Turkish Armed Forces' (TSK) most important front-line vehicle, will contribute to the country's defense and defense industry.

The mass production phase of Altay will see the maximum contribution by a number of local producers, including BMC, ASELSAN, Roketsan and the Machinery and Chemical Industry Institute (MKEK).

Classified as a third-generation advanced tank, Altay will be equipped with state-of-the-art technology, capable of providing all kinds of tactical support for a 21st-century army.

Industry to grow stronger over pandemic

Speaking on the pandemic period, Demir said that although the coronavirus outbreak had an impact on production and the economy, those who can adapt more easily to the resumption of economic activity will lead development and Turkey’s defense industry will maintain its firm stance.

“Turkey is a country that began to discover its abilities after a long-term dependence on the outside, and this discovery was followed immediately by a process in which the country evolved to a place to manufacture its own local and national products,” the defense chair said.

Demir explained the industry’s priority as becoming self-sufficient in strategic areas and having the level of knowledge and technology needed to move forward, noting “it’s a must-have to become independent in terms of weapons and ammunition in today's world.”

“You should definitely keep certain technologies in your hands when it comes to electronic warfare,” he said, echoing previous statements on protecting equipment and communication on the ground.

The F-35 fighter jet development project is one of the problematic issues on the defense industry’s agenda as well as between Turkey and the U.S. and one of the factors that led Turkey toward building its own fighter jet.

Turkey has consistently demonstrated its firm partnership in the F-35 program, despite being suspended from it nearly a year ago with a one-sided decision.

Demir highlighted that the program is a nine-partner project and “a one-sided decision by one of the partners is not logical, and of course, it has no legal validity.”

He stressed that this unilateral act of suspending Turkey’s partnership is what put the project into trouble, an issue that has also been voiced by U.S. officials.

The U.S.-based aviation company Lockheed Martin in May said it will slow production of its F-35 stealth fighter jets at its Texas facility, possibly delaying delivery of 18-24 jets due to a parts shortage as the coronavirus hampers production across the jet’s vast supply chain.

In its latest annual report, U.S. congressional watchdog, the Government Accountability Office (GAO), also warned that the U.S. decision to expel Turkey from the program is likely to compound its already beleaguered supply chain as some suppliers struggled to meet increased production demands already in 2019.

The GAO also noted that about 7,000 of its more than 10,000 airframe contractors' "key processes" do not "meet predefined design standards for ensuring product quality," and it continues to face supply shortages that are likely to be exacerbated by Turkey's removal.

However, Demir reiterated, “We have always said that this spirit of partnership must be adhered to, and we remained loyal to the project." Turkey continues to produce the parts and is not acting in a retaliatory manner but instead is seeking its rights on legal grounds, he said.

Demir highlighted that March 2020 production continued despite officials saying it would stop, thanks to delivered orders from Turkish partners.

Demir continuously stressed that Turkey is planning to deliver F-35 parts, while U.S. President Donald Trump has also confirmed recently that Turkey continues to produce key components of the jet.

Ankara had ordered more than 100 of the stealth fighters. Turkish defense companies were also involved in building the jets, manufacturing some of the critical components for the aircraft.