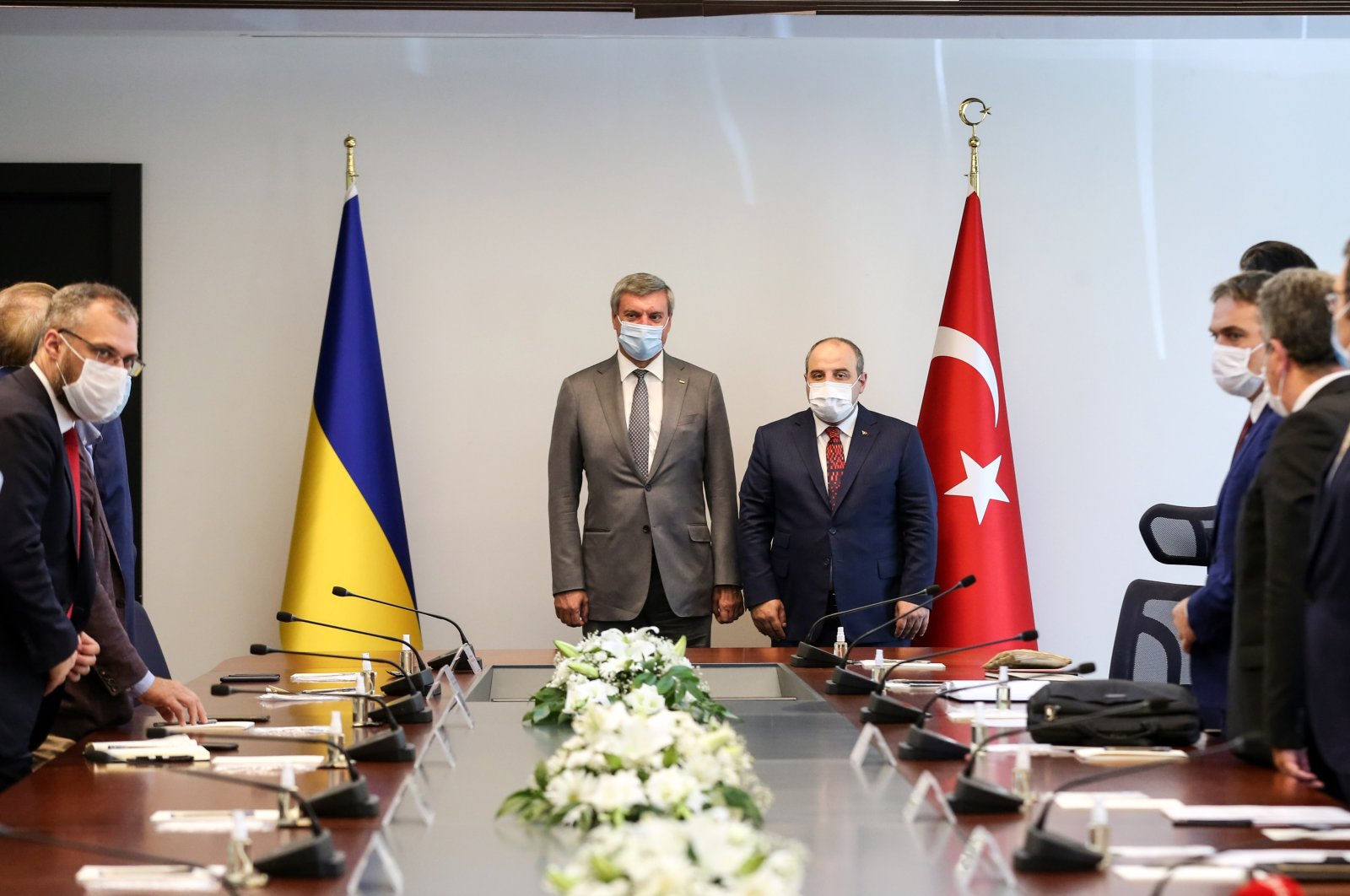 "From now on, we should focus on getting quick results in the work we've initiated toward joint projects, product development and joint technological research,” Minister Mustafa Varank said in a meeting with Oleh Urusky, Ukraine's vice prime minister for strategic industries.

This would transform the countries' "strategic cooperation into a more systematic and institutionalized structure," he said in the Turkish capital Ankara.

Varank said Ukraine and Turkey have close ties in terms of history, culture and also geography, noting this close relationship was further consolidated with the strategic partnership declared in 2011.

Calling the Ukrainian official's visit a milestone in forging new cooperation in critical industrial sectors, Varank said the program focuses on strategic sectors such as defense, aviation and shipbuilding.

He reminded that Turkey is currently supplying domestically produced armed unmanned aerial vehicles (UAV) to Ukraine. Turkey also uses an engine purchased from Ukraine in the Akıncı unmanned combat aerial vehicle (UCAV). This partnership "will pave the way for great developments and change important defense concepts in the new period," Varank said, noting that Turkey continues to work on the localization of the engine as well.

“We want to conclude these processes by focusing on concrete works in such areas,” he added.

Urusky, meanwhile, highlighted his belief in carrying the existing “good level of cooperation between Ukraine and Turkey,” to a higher level with new projects.

He underlined the importance of the cooperation eliminating bureaucratic red tape.

"We are not only neighbors with Turkey but also friendly and strategic business partners," Urusky added.

The visit by Urusky to Turkey marked his first official visit abroad.

Ismail Demir, chairman of Turkey’s Presidency of Defense Industries (SSB), also said Wednesday that they held a meeting with Urusky and his accompanying delegation where a memorandum of understanding (MoU) was signed between the parties.

Ukraine’s Ambassador to Turkey Andrii Sybiha confirmed the visit, reiterating that the cooperation between Ukraine and Turkey should share a perspective "from underground to over the sky."

He added that the Antonov-178 aircraft, with its unique characteristics, “is a promising project for many international partners.”

In 2019, Ukraine bought six Turkish-produced reconnaissance and strike drones for its army for an undisclosed amount. As part of the deal, the Bayraktar TB2 unmanned aerial vehicles and three ground control stations, produced by Turkish firm Baykar, were delivered to the Ukrainian army.

Baykar CEO Haluk Bayraktar on Tuesday was awarded a state medal by Ukraine’s president at the Presidential Palace in Kyiv for his services to Ukraine and Ukraine-Turkey relations.

Ukraine is seeking to purchase another batch of armed drones from Turkey, a topic that was discussed during Turkish Defense Minister Hulusi Akar’s official visit to Kyiv, according to media reports in July.

In a statement on Twitter last week regarding possible defense cooperation with Turkish companies, Ambassador Sybiha said they discussed ways to strengthen cooperation with Ukrainian partners and possible joint projects with HAVELSAN, one of Turkey's largest defense contractors.