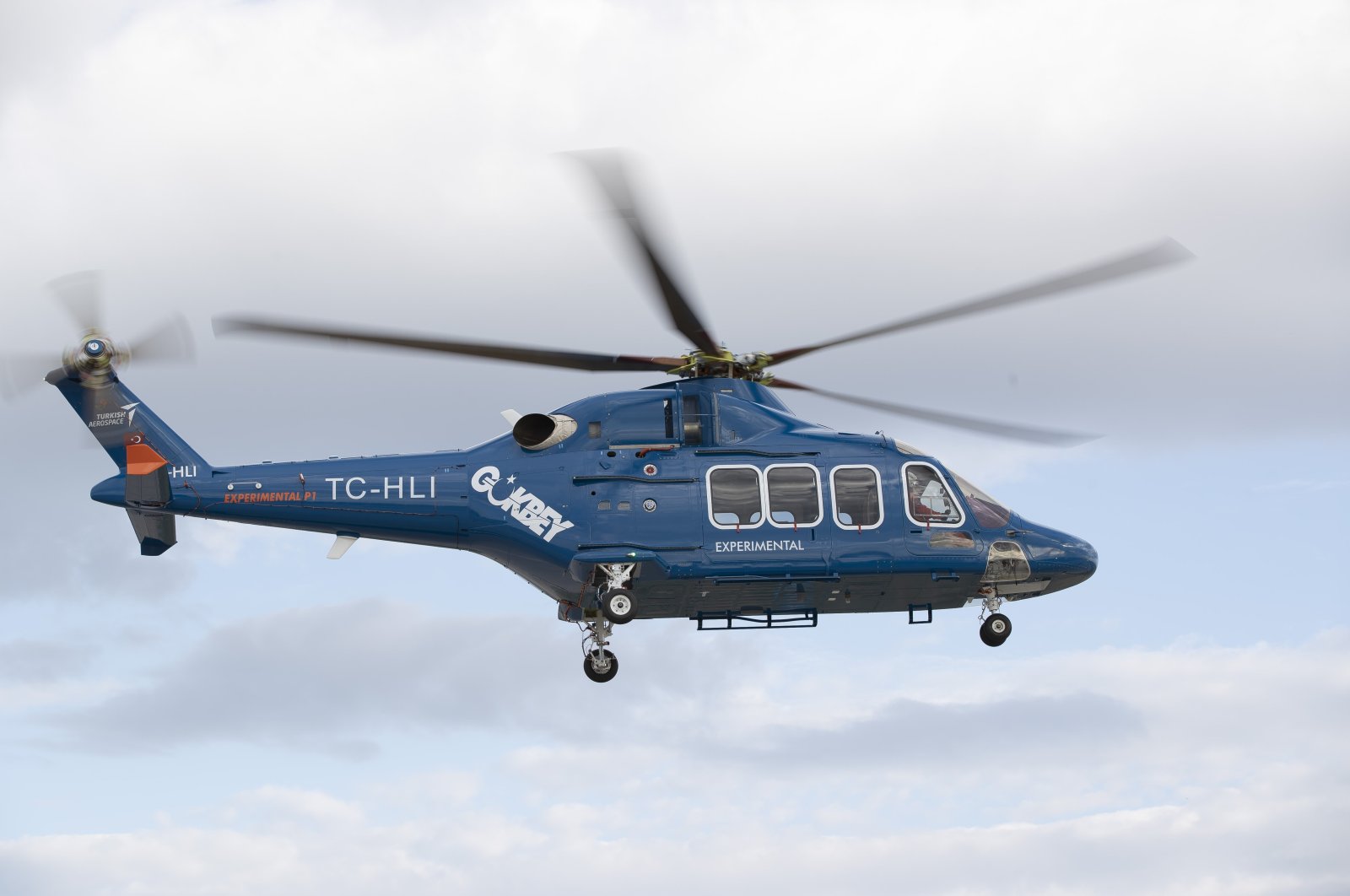 Turkey's first indigenous multirole helicopter, the T625 Gökbey developed by Turkish Aerospace Industries (TAI), is set to fly with a domestically produced engine by the end of the year, a company official said Friday.

Speaking on the sidelines of Teknofest, Turkey’s largest aerospace and technology gathering and the world's second-biggest aviation event, TAI Helicopter Vice General Manager Yıldırım Kemal Yıllıkçı told Anadolu Agency (AA) that certification and development test flights of the Gökbey are continuing successfully and that when its engine, produced by TAI’s Engine Industries (TEI), is integrated into the helicopter it will gain full independence in terms of using only nationally sourced parts.

He said that every day the company tests a new feature or a new capability and that “pilots quite like it.”

Yıllıkçı noted that when Gökbey begins using the domestically produced engine, Turkey will be among only six or seven nations in the world that truly design and manufacture a helicopter with local resources.

“Some countries develop helicopters, but they do this with the emphasis on joint work, such as taking their engine and dynamic system from a certain helicopter and adapting them to their own,” he said, stressing that the gearbox, blades, rotor, hub system, avionics systems and landing gear of the Gökbey are already locally designed and produced.

Multipurpose helicopters are the type most used around the world, he said, noting that once Turkey’s needs are met, they are planning to sell the Gökbey to several other countries.

The T625 is being developed as part of the Original Helicopter Program, coordinated by the Presidency of Defense Industries (SSB). A twin-engine, six-ton-class aircraft designed for high mission flexibility even in the toughest of geographical environments and adverse weather conditions is being created in response to growing market demand for higher mission flexibility in this class. Power for the T625 prototype was previously coming from a pair of LHTECs, CTS800 4-AT turboshaft engines that have 1,373 shaft horsepower (shp) each, created in a joint Rolls-Royce and Honeywell partnership.

TAI is currently running four helicopter programs, and two of them are the five-ton T129 Tactical Reconnaissance and Attack Helicopter (ATAK) and the T70 General Purpose Helicopter, Yıllıkçı said.

The TAI official, who said that they have delivered 59 helicopters to the Turkish Armed Forces (TSK) and Interior Ministry so far, noted that as of this year, a new version of ATAK was also launched, and its acceptance work continues.

The ATAK helicopter can be used in different configurations and purposes with additions, he said.

Yıllıkçı noted that they have also reached the preliminary design stage in the Heavy Class Attack Helicopter Program, within the scope of which an aircraft is being developed to ensure it has superior features compared to others in its class and is suitable for operations in hot air, high altitudes and at sea level.

"We are designing a 10-ton new generation ATAK helicopter,” he said, noting that their design may carry units by leading defense contractors ASELSAN and Roketsan, both of which have very successful avionics and ammunition systems.

Commenting on the company’s T-70 multi-role utility helicopter project, Yıllıkçı said that a special avionics configuration is being developed on the aircraft.

“Once its tests and qualifications are complete, the helicopter will be ready to fly,” he said.

Regarding the company's foreign sales, he said TAI currently has a 30-helicopter contract with Pakistan and signed a similar contract for six more with the Philippines. In addition, Yıllıkçı noted that an engine export license from the U.S. is expected for the deliveries.