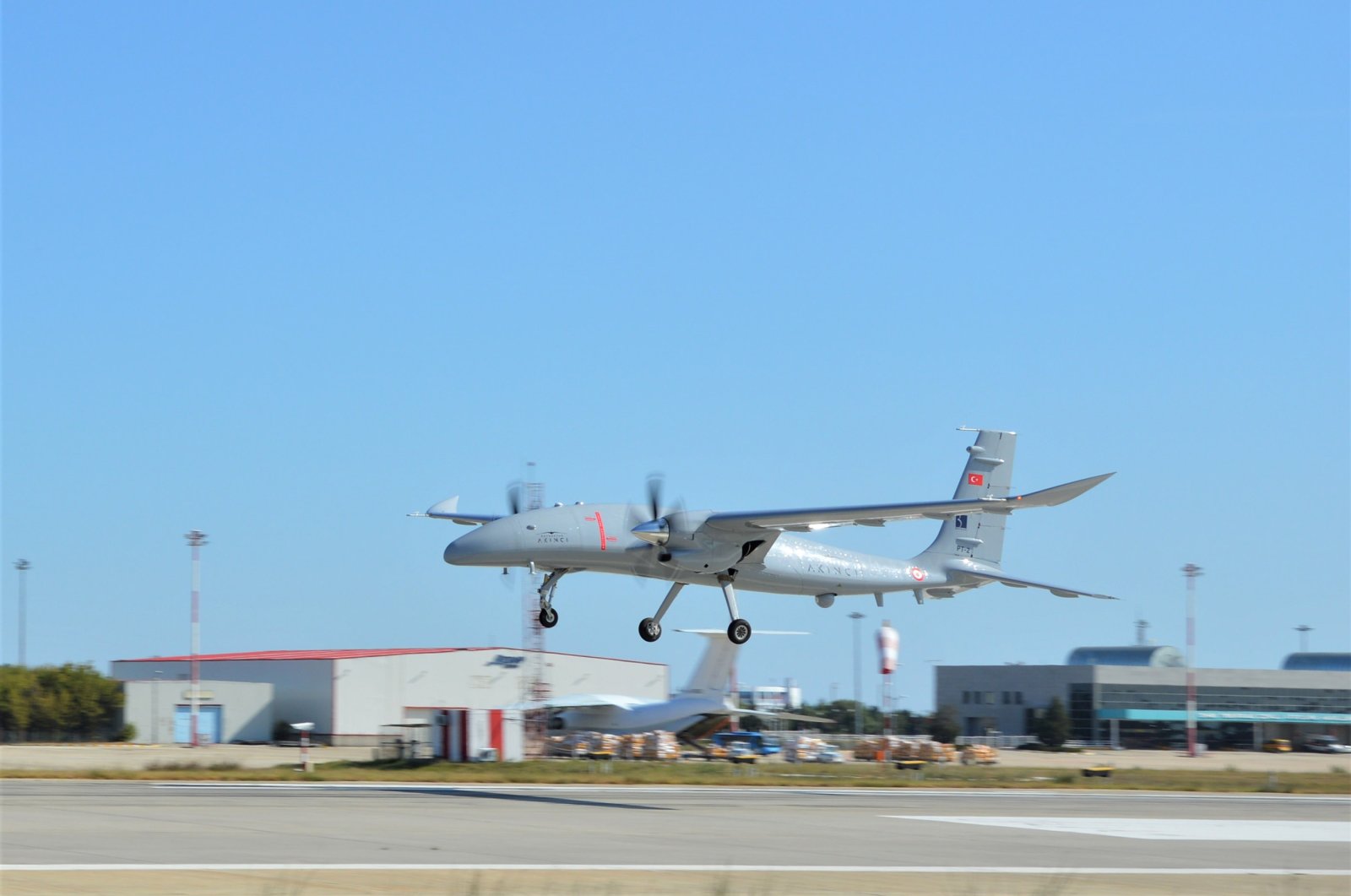 The unmanned combat aerial vehicle Akıncı is seen in the air during its second test flight, Tekirdağ province, northwestern Turkey, Aug. 19, 2020. (Photo by Baykar via DHA)
by Anadolu Agency Aug 20, 2020 11:43 am
Edited By Sinan Öztürk
RECOMMENDED

Baykar also shared footage of the drone during the tests.

Last December, the drone completed its first test flight and stayed in the air for 16 minutes.

This May, the drone landed at Çorlu Airport Base Command in northwestern Tekirdağ province for tests.

The drone's third prototype is being developed at the manufacturer's research center, and the first delivery is planned for the end of this year.

The first prototype made its second flight on Jan. 10. This particular drone can fly for 24 hours, has a service ceiling of 40,000 feet, a 20-meter wingspan and a capacity for carrying 1,350 kilograms (2,976 pounds) of useful load.

It will provide high flight safety with its fully automatic flight control and triple-redundant autopilot systems, the company said.

The drone, equipped with locally made active electronically scanned array (AESA) radar and air-to-air missiles Gökdoğan and Bozdoğan, can launch several types of locally made ammo, such as standoff missiles (SOM).