Turkey's ambitious aviation industry due to get new major facilities 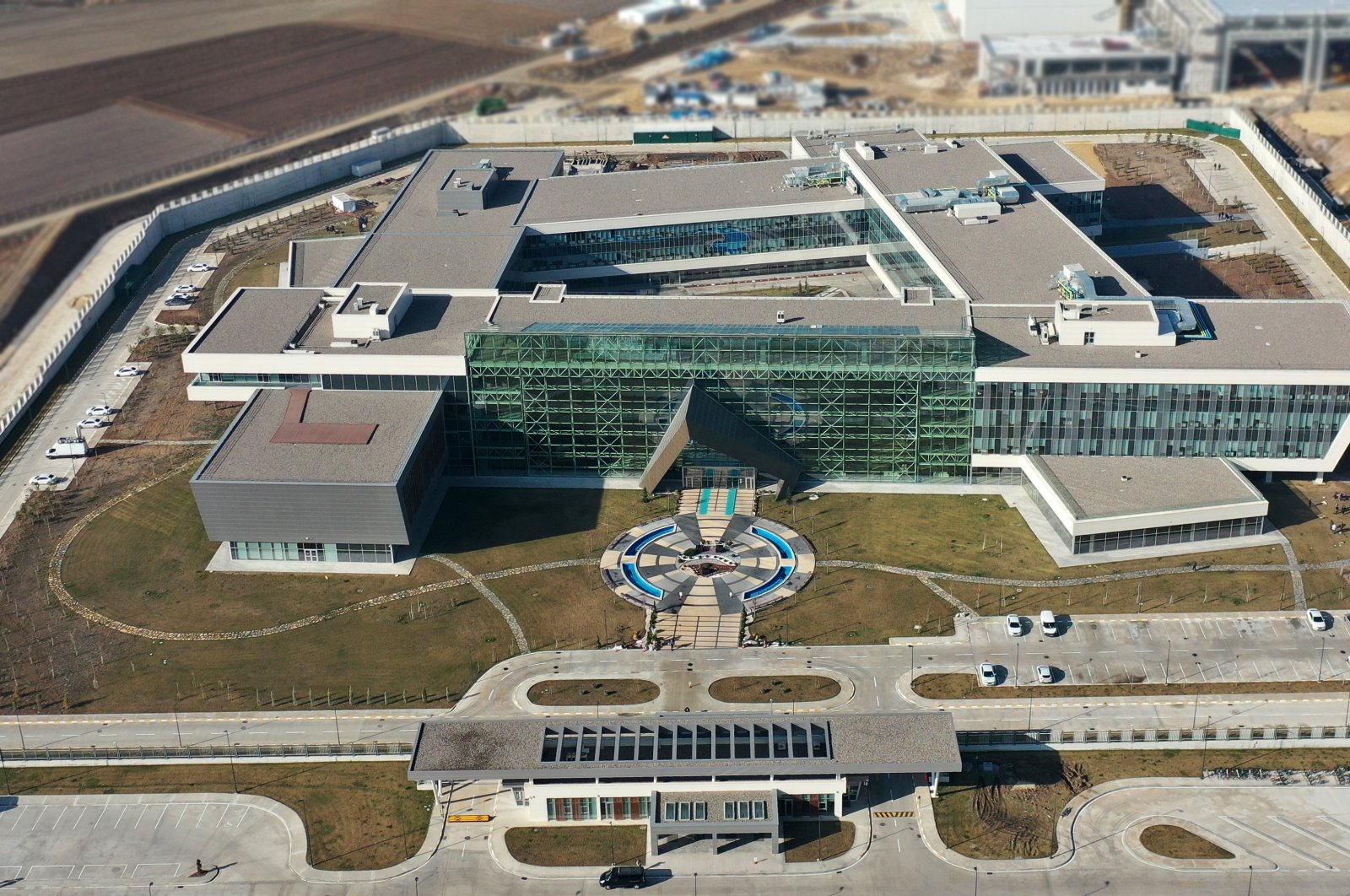 An aerial view of the TAI's MMU Engineering Center and the Composite Production Building, Ankara, Turkey, Jan. 5, 2022. (Courtesy of the Presidency of Defense Industries)
by DAILY SABAH WITH AA Jan 05, 2022 1:28 pm
RECOMMENDED

To strengthen its claim in the aviation industry, Turkey will officially launch several facilities, including the much-anticipated National Combat Aircraft (MMU)’s Engineering Center and the Composite Production Building in a ceremony to be held on Jan. 6.

President Recep Tayyip Erdoğan is also expected to attend the ceremony to be held at the Turkish Aerospace Industries (TAI) facility – the institution that will run the new centers, an Anadolu Agency (AA) report said Wednesday.

The MMU Engineering Center was established with an investment of TL 220 million (about $16.3 million). It will employ some 2,300 people where the works on the national combat jet, dubbed “Turkey’s survival project,” will be maintained.

Equipped with state-of-the-art technologies, the engineers will be able to carry out all their activities at the center without an external dependence.

The long-awaited defense industry project, TF-X MMU is a fifth-generation jet with similar features to Lockheed Martin's F-35 Lightning II that is being developed with the contribution of several local defense firms with TAI as the main contractor. The domestically built aircraft is being developed to replace the Turkish air force's F-16 fighters as they are gradually phased out throughout the 2030s.

The Composite Production Building, meanwhile, was established with an investment worth around TL 412 million.

The factory will be Turkey’s largest and the world's 4th largest composite facility under a single roof.

Some 150 engineers and 850 technicians will be employed at the facility, which has the capacity to meet 2% of the world's air structural composites market.

Production & design for the space

Another center to be opened during the ceremony is the Space Systems Engineering Center that was completed with an investment of TL 31 million.

The center, which was established for design activities and hardware production in the field of space, will employ 718 people.

The Factory Level Component Maintenance Repair Control Center, which was built with an investment of TL 53 million and is set to provide jobs for 510 people, is among the TAI facilities to be launched at the tomorrow’s official ceremony.

The design and production processes that will ensure 100% local production of all kinds of vehicles and equipment to be used in the operation of aircraft will be carried out at this particular center.

Engineering studies will be carried out at the center with an aim of completely eliminating outside dependence.

Tomorrow’s ceremony will also see the opening of some 16 new factories at the Ankara Aerospace and Aviation Specialized (HAB) Organized Industrial Zone (OIZ), which continues its activities on an area of 730 hectares (1,804 acres) right next to TAI as Turkey’s first specialized OIZ in the defense industry.

HAB aims to support the domestic industry in the fields of space flight and aviation, bringing together local and foreign companies to create synergy, and to produce high value-added products and increase exports.

The first part of OIZ, which is planned to be built in two parts, has been completed. For the second part, 90% of the infrastructure is scheduled to be completed in the first half of this year.

There are currently 18 facilities in the HAB OIZ that have been completed and invested in by industrialists, and 57 facilities are still under construction.

At the ceremony, the official opening of 16 factories and HAB OSB Management Building will be held. When HAB is completed, it will host 300 enterprises, 150 of which are industrial enterprises, and 15,000 people will be employed.

The establishment of the TEKNOHAB Technology Development Zone, where companies will carry out their research and development (R&D) activities, meanwhile, continues in the special area within the borders of the HAB.