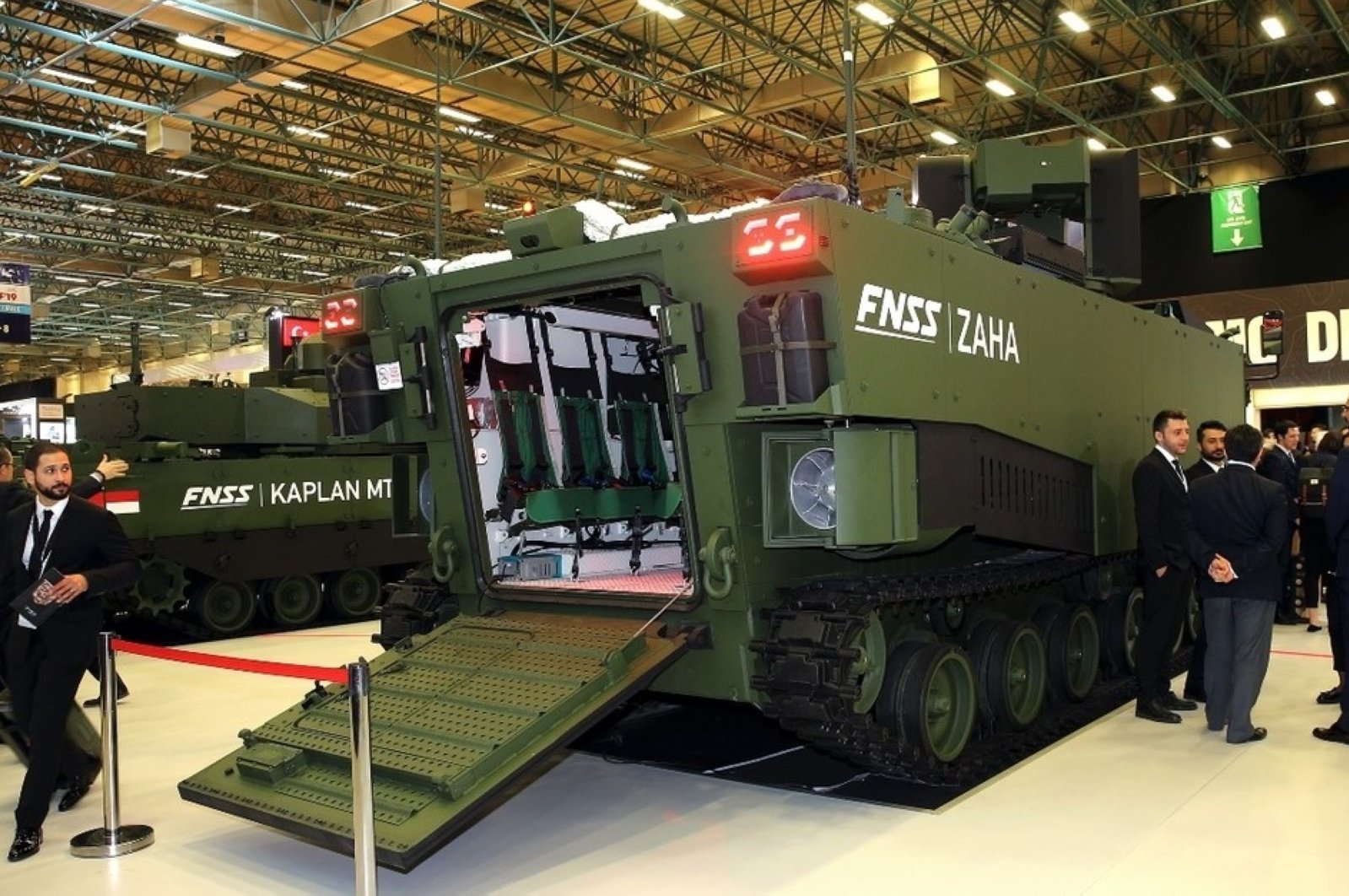 Turkey's leading defense manufacturer FNSS Defense Systems has successfully tested its latest amphibious assault vehicle, the ZAHA, to ensure the vehicle can return to an upright position after capsizing in water.

The test was announced by the Defense Industries Presidency (SSB) Chairman Ismail Demir via Twitter Thursday.

Demir, sharing a video from the tests, said that the step achieved for the amphibious vehicle was an important part in the ZAHA’s engineering verification.

“In case of capsizing at sea in harsh weather conditions, ZAHA has the ability to rotate itself without harming the crew and using an additional system. With this test, verification activities have been completed and qualification tests are now being started,” Demir said.

The FNSS – a significant defense industry exporter that sells armored vehicles worldwide – was charged with designing the vehicle to meet the requirements of the Turkish naval forces.

Turkey is one of only a small number of countries to have the capacity and infrastructure to produce this type of combat vehicle.

As part of the project, the FNSS was asked to produce 27 vehicles, to be delivered at the start of 2021 and to be completed by 2022.

The 21-personnel-capacity ZAHA marine assault vehicle (MAV) is designed to facilitate the rapid movement of naval troops to mission locations and allows marines to reach shorelines in the shortest time possible and to tackle enemy threats.

The MAV is set to operate like an armored combat vehicle when on land, offering ballistic and mine protection.

It was initially showcased at the International Defense Industry Fair in Istanbul on May 1, 2019.

The ZAHA is expected to be deployed in the TCG Anadolu, a Landing Helicopter Dock-type (LHD) amphibious assault ship that is under construction at Sedef Shipyard in Istanbul’s Tuzla.

The flagship-to-be LHD allows the use of several types of aircraft as well as enabling the transfer of large numbers of military personnel and armored vehicles.