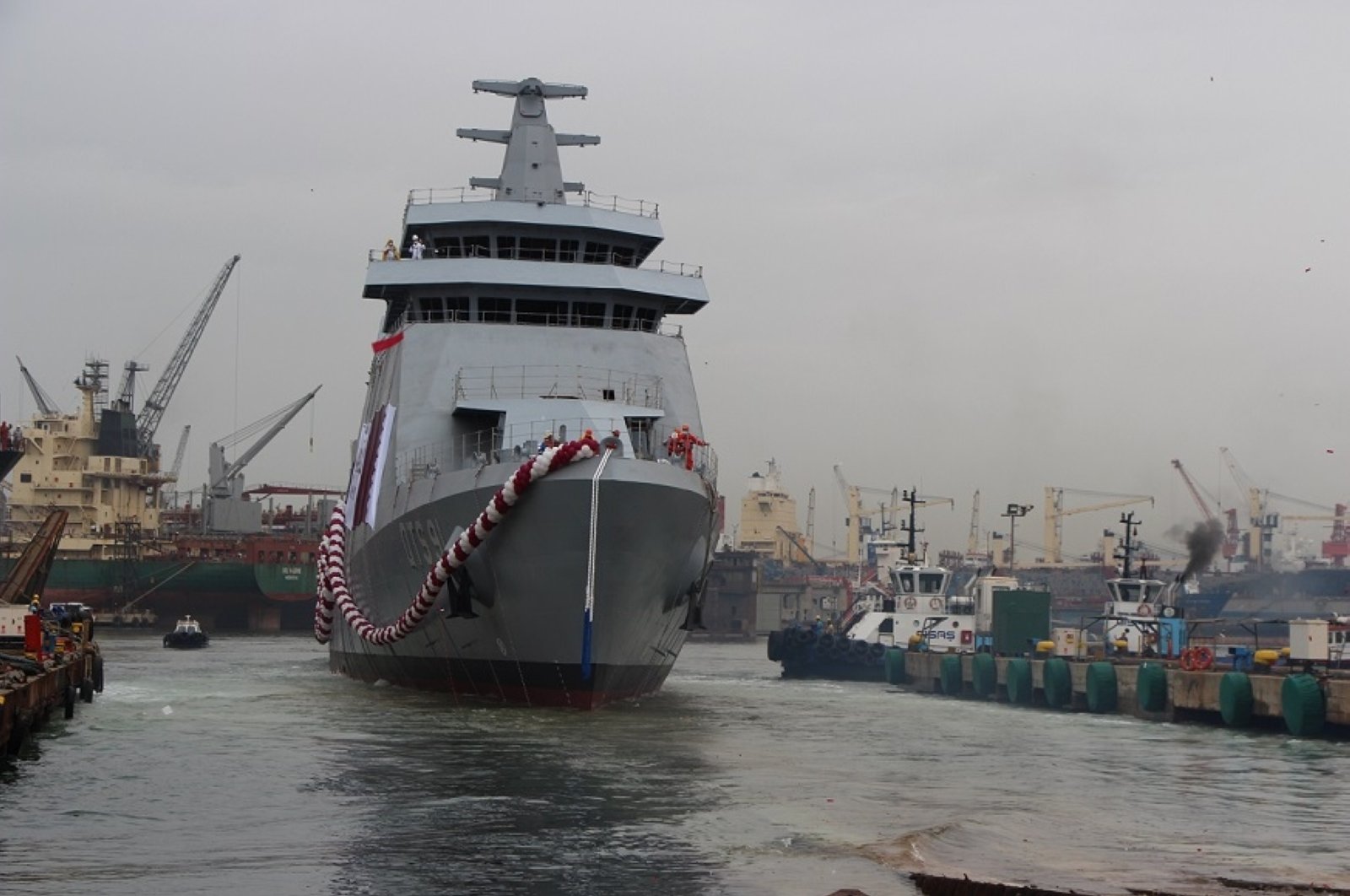 The vessel was developed based on the Turkish shipyard’s own design, with specially-added features in line with the Qatari Emiri Navy’s demands.

“I wish our training ships to be auspicious for the friendly and brotherly Qatar Armed Forces and strengthen our brotherhood,” Akar said, giving a speech during the launching ceremony.

"Our relations with Qatar are at an excellent and exemplary level in every field, and both countries act as one heart, one fist in close cooperation and coordination on regional issues,” the minister added.

The 90-meters-long (295 feet) ship has 1.950 tons of full load displacement. Besides basic naval cadet training, CTS will have a helipad for medium-size helicopters on the stern and will be capable to provide combat management and weapon training to the trainees.

Demir, also speaking during the ceremony, said the budget of the ongoing projects in the military shipbuilding sector and the projects the ministry plans to carry out in the medium and long term is set to reach $12 billion.