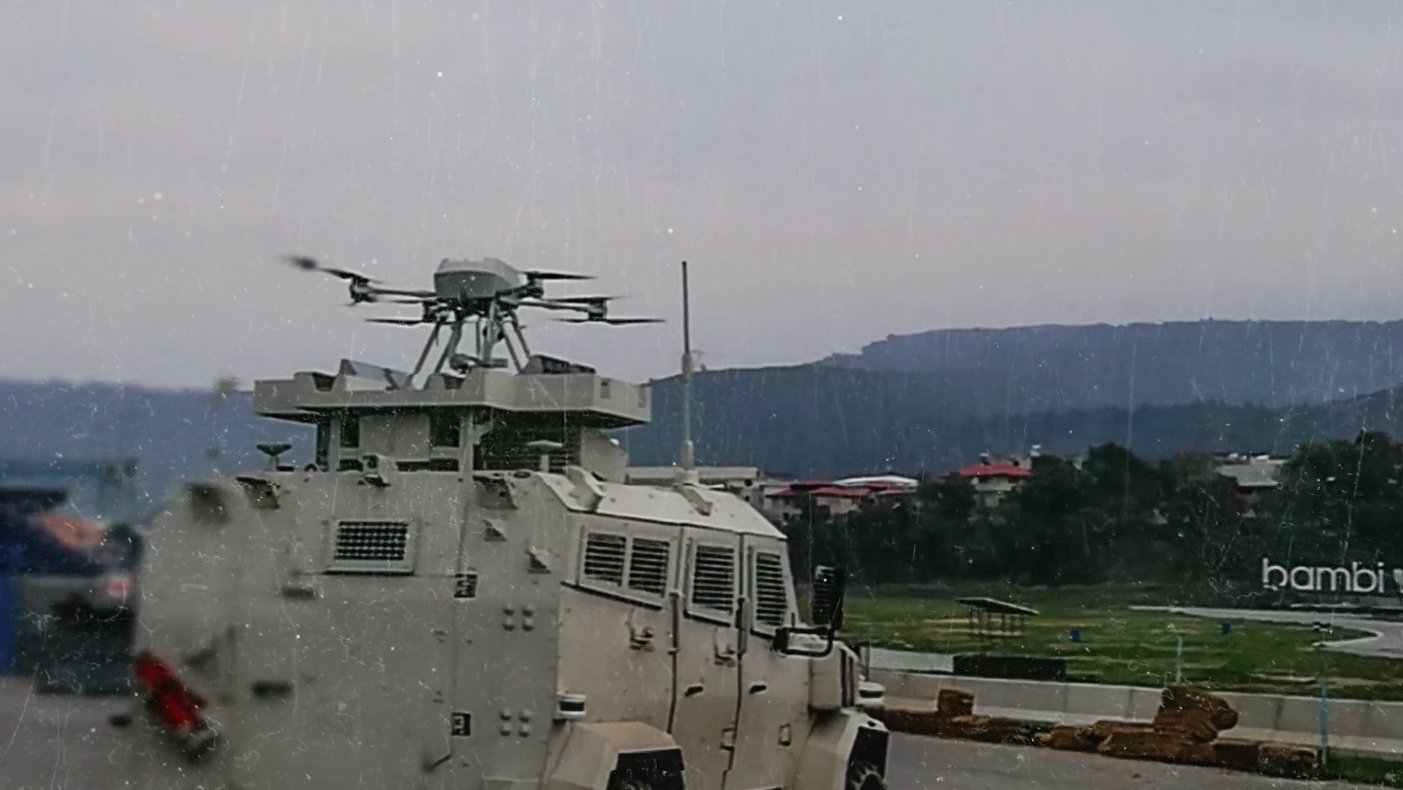 An armored vehicle integrated with Songar at an unknown location and date. (AA Photo)
by DAILY SABAH Jan 18, 2021 11:35 am

The Songar-integrated military land vehicle is capable of autonomously unmanned driving by remote control. The drone is expected to contribute to the vehicle's military capabilities in the field by increasing its shooting capability. Thus, the vehicle has gained the ability to pre-detect and destroy targets in security operations. The drone can effectively operate both during day and night in military and security operations, with its autonomous landing and takeoff ability.

The Songar drone was manufactured by Ankara-based Asis Electronic and Information Systems (ASISGUARD) and entered the inventory of the Turkish Armed Forces (TSK) in February 2020. It was strengthened by Togan weaponry systems last year, which was developed by the Scientific and Technological Research Council of Turkey's (TÜBITAK) Defense Industries Research and Development Institute (SAGE).

The platform provides a cost-effective platform consisting of a fire control system and gun ground control station, which can be used in internal security operations along with close-air support operations. It has a single bomb holding and dropping mechanism and is able to record and transfer real-time images with its wide-range pilot camera.