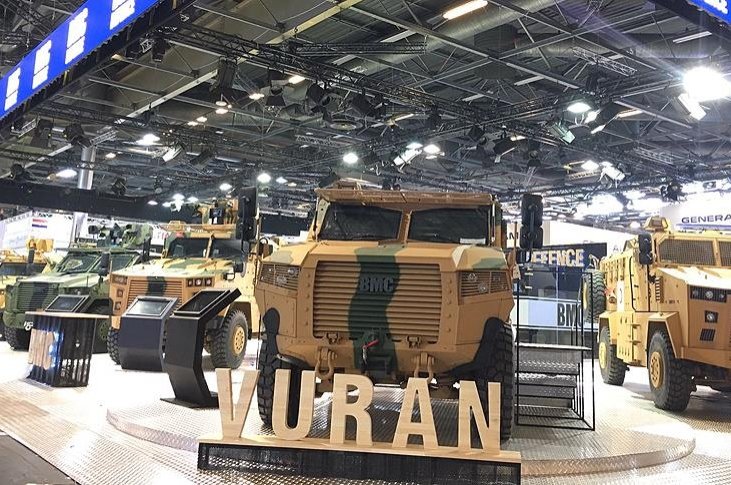 “Our deliveries continue at full speed,” Demir wrote in a statement on Twitter, informing that the latest batch of the Vuran tactical wheeled armored vehicles was delivered to TSK.

Vuran, which is a mine-resistant ambush-protected (MRAP)-categorized vehicle protects critical points and facilities, can be used for patrolling between police stations and provides physical border security.

The vehicles’ latest configurations were first displayed at the 13th International Defense Industry Fair held in Istanbul in May 2017.

At the time, Vuran, and Amazon, a similar product by the Turkish land vehicles manufacturer, were the newest armored vehicles of the BMC. Both vehicles are smaller and more compact versions of the BMC's armored Kirpi and while the Kirpi is capable of carrying 12 people, Vuran and Amazon can carry nine and seven people, respectively.

“These vehicles have the potential for use in major cities due to their agility. When you build a family of large and small vehicles, you can meet various needs ranging from the army to the police,” a company official said at the time.

BMC produces various types of military vehicles, including tanks and armored cars, as well as commercial vehicles, buses and trucks. The company has also signed several agreements for the purchase of its vehicles by armies of several countries, including Qatar and most recently, Tunisia.