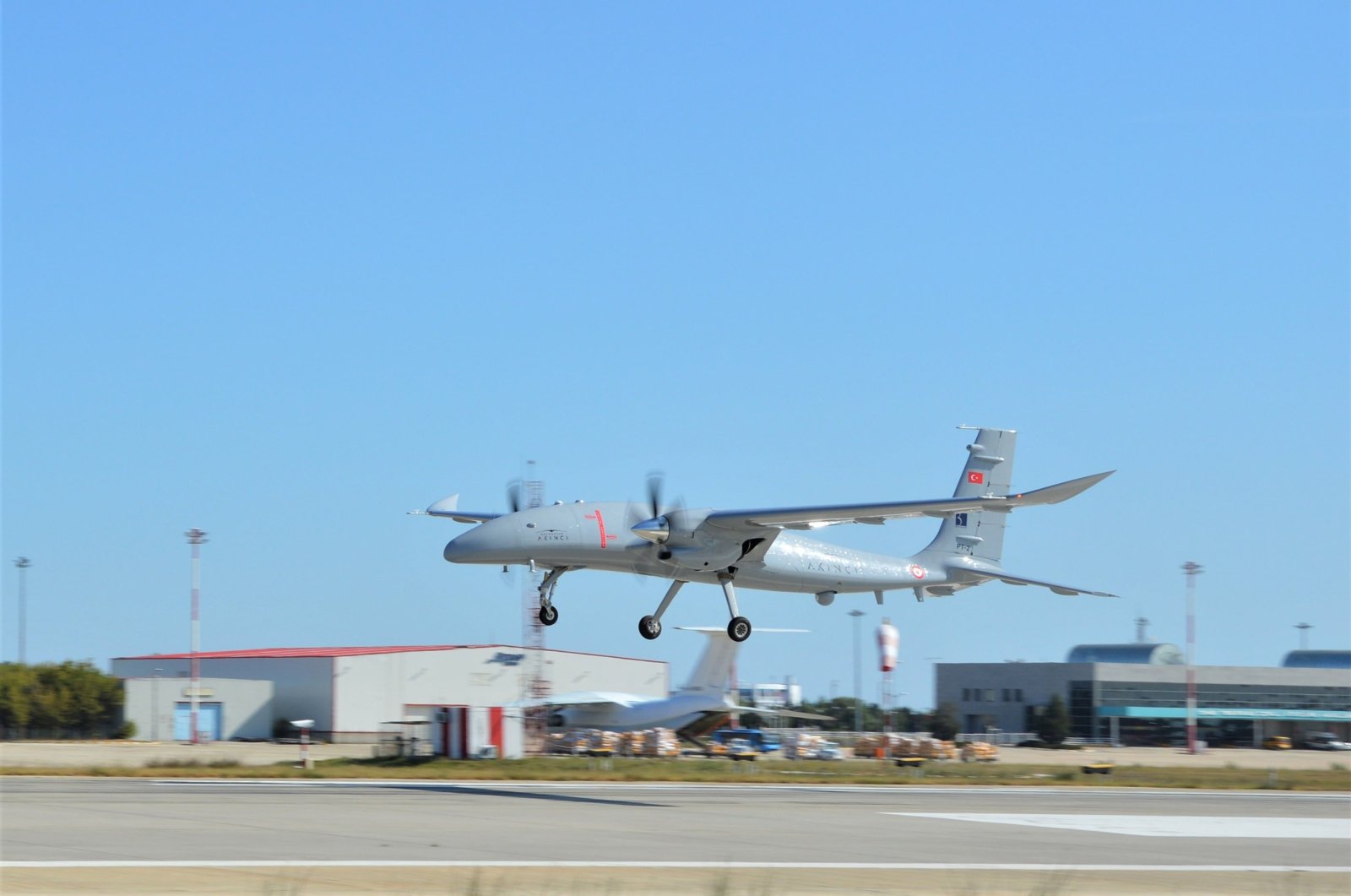 Turkey’s defense companies under the roof of the Presidency of Defense Industries (SSB) will continue to deliver their products to security forces, from the newest drones to naval platforms, throughout 2021, while new products will also be added to their inventories this year.

As one of the prominent projects, the first delivery of Turkey’s domestically manufactured unmanned combat aerial vehicle (UCAV), Akıncı, is set to be made this year, while the mass production on Aksungur, a medium-altitude, long-endurance (MALE) UCAV will also start in 2021, SSB Chairperson Ismail Demir said Monday.

He said 2021 will also see the deliveries of the upgraded T129 Tactical Reconnaissance and Attack Helicopter (ATAK).

The phase-two configuration of the ATAK includes additional electronic warfare (EW) systems such as a laser warning receiver, a radio frequency jammer, a radar warning system and a 9681 V/UHF Radio.

The project to upgrade the helicopters was carried out by Turkish Aerospace Industries (TAI) in coordination with the SSB. The ATAK is a new-generation, tandem, two-seat, twin-engine helicopter specifically designed for attack and reconnaissance.

The second prototype of the Akıncı, manufactured by Baykar, successfully passed the 20,000-foot (6,096-meter) altitude test in August of last year.

The drone, equipped with locally made active electronically scanned array (AESA) radar and air-to-air missiles Gökdoğan and Bozdoğan, can launch several types of locally made ammunition, such as standoff missiles (SOM).

TAI’s Aksungur UCAV also completed an important test in 2020. It made a 28-hour-long flight in September. It was the first time the aircraft flew with a full payload, consisting of 12 smart micro munitions, at an altitude of 20,000 feet (6,096 meters).

The UCAV also broke a record during its 59th test flight by staying in the air for 49 hours, TAI announced on Sept. 2.

The prototype for the Altay was unveiled at a 2011 defense show in Istanbul. The next-generation battle tank Altay, which is set to become the TSK's most important front-line vehicle, was named after army Gen. Fahrettin Altay, who commanded the Fifth Cavalry Corps during the Turkish War of Independence.

Classified as a "third-generation advanced" tank, the Altay will be equipped with state of the art technology, capable of providing all kinds of tactical support for a 21st-century army. The tank is expected to become of critical importance for the Turkish military in the future thanks to its excellent mobility, superior firepower and durability.

The Altay will have a 120-millimeter, 55-caliber smoothbore gun as its main weapon. Its next-generation fire control system will allow the user to shoot targets in motion with a high accuracy rate. The tank will also feature a 12.7-millimeter remote-controlled turret and a 7.62-millimeter tower-mounted firearm for use in urban areas and fire support.

The SSB head, commenting on naval defense, noted that the initial deliveries of the first national anti-ship missile Atmaca, domestic torpedo Akya and anti-tank gun Karaok will be made during this year as well.

Flagship-to-be TCG Anadolu, a multipurpose amphibious assault ship, will be delivered to the naval forces, along with the training ship Ufuk and the I Class Istanbul frigate, the first frigate manufactured under the MILGEM (National Ship) project. Turkish Naval Forces Command (DzKK) has so far received four corvettes within the scope of the MILGEM project. Those Ada-class corvettes also saw export agreements with the Pakistan Navy and with Ukraine most recently.