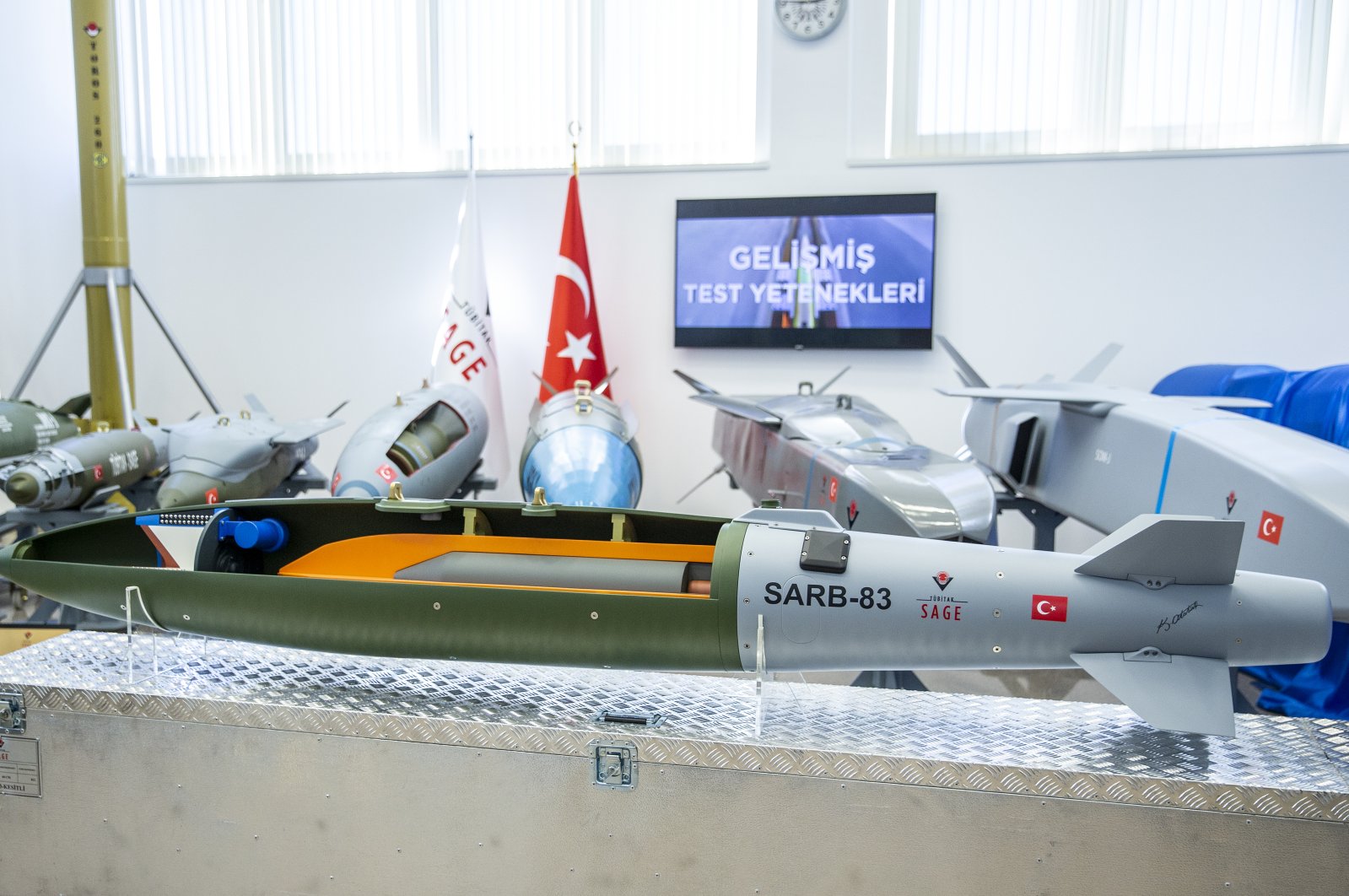 SARB-83 ammunition developed by the TÜBITAK SAGE is displayed at the SAGE headquarters in Ankara, Turkey on July 6, 2020. (AA Photo)
by DAILY SABAH WITH AA Jul 06, 2020 3:33 pm
RECOMMENDED

He said the previous experience helped SAGE to finalize the development of SARB-83, which will be used against the ground and underground targets, with warhead technology.

The ammunition, which is new generation ammunition that can be used with thermobaric explosives with its pre-piercing warhead feature, was developed for priority targets such as caves, runways, hangars, bunkers and dams.

He also noted that having infrastructure such as HABRAS was an important turning point for Turkey’s defense sector as the country had to carry out tests abroad before.

HABRAS was founded in June 2017 to test the efficiency of domestically developed weapons systems and was inaugurated on Oct. 31 by President Recep Tayyip Erdoğan in 2018.