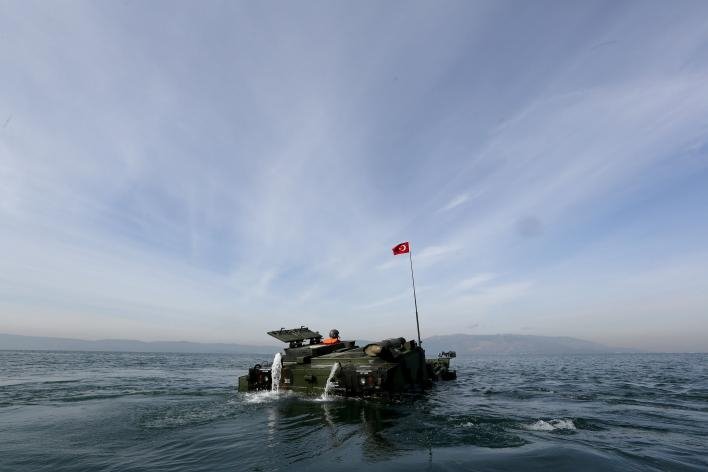 Leading Turkish defense company FNSS, which has been exporting its land vehicles worldwide, announced Monday that it would provide amphibious armored combat earthmover (AACE) vehicles and logistic support services to the Philippine military.

Under a contract signed between FNSS and the Philippine Department of National Defense (DND), the vehicles will be delivered and training and logistics support services will be completed by the end of March 2023, according to a statement by the defense firm.

After being manufactured at FNSS facilities in Turkey, the vehicles will be delivered to the Philippines following tests in both countries.

Philippine army personnel will be trained to use the vehicles as part of the FNSS's integrated logistics support services.

The AACE, which is the first and only combat engineering dozer vehicle with amphibious capabilities in the world, has been deployed by the Turkish Armed Forces (TSK) in the past and with this sale, will be exported for the first time to another country.

Under another project, the FNSS will provide and integrate stabilized one-man turrets into tracked armored vehicles in the Philippines.

The turrets are slated to be integrated into the vehicles by October with training and logistics support services to be completed by December.

The Philippine military favored the one-man turrets of different caliber armaments over other products produced by global defense industry giants due to its cost-effectiveness and superior technical features.

Both projects will be under the Defense Industry Cooperation Agreement signed between Ankara and Manila.