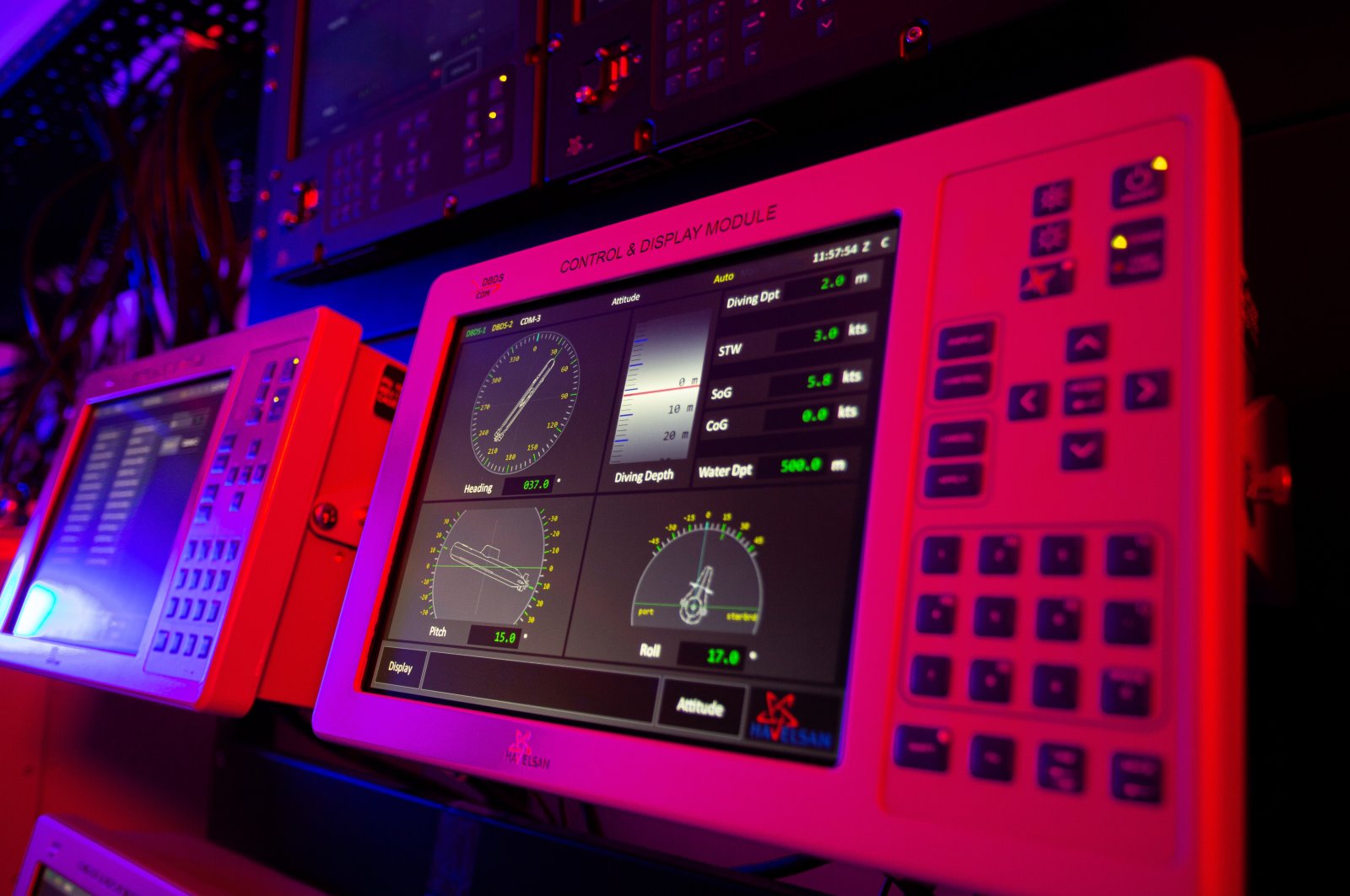 A major Turkish defense contractor has successfully conducted production and acceptance tests for the information distribution system for the last of six submarines the country is currently developing, a report said Sunday.

Havelsan has successfully completed another strategic period for the submarines Turkey is developing under its New Type Submarine Project, which looks to boost the capabilities of the country’s navy.

Dubbed the “heart” of the vehicles, the Submarine Information Distribution System (DBDS) was developed to meet the demanding criteria of the operational environment. Havelsan’s original product, the system is also said to have managed to surpass its counterparts around the world with its newly added capabilities.

Works started in 2011, and Havelsan’s software team has used real-time embedded software technology for the system.

A data recording system integrated with the system was also designed in line with the needs of the navy. Hardware and software updates for the new functions were completed on time and tested.

Beginning in 2022, one of the six new submarines will join the Turkish Naval Forces each year until 2027.

The country began construction of the first submarine, the PiriReis, four years ago, which is expected to be put into service in 2022.

The fleet of six Type-214 air-independent propulsion submarines is part of a contract signed with German ThyssenKrupp Marine Systems in 2009.

It will be possible for Reis-class submarines to set sail in a safer way and to conduct their operational duties more effectively thanks to the fact that the DBDS, which plays a crucial role in the Submarine Warfare System’s integration, will provide uninterrupted data flow while keeping its back-ups. The Submarine Warfare System consists of weapon, sensor and command control units)

Thanks to the DBDS’ new features, it will be possible to keep a record of and to store all critical data going through the system during operation for at least 50 days uninterrupted. In addition, the data saved in the operation will be able to be checked onboard or onshore.

It was decided that DBDS, which attracted the attention of foreign submarine construction and modernization programs in 2019, be used in the modernization of Agosta-class submarines which are in the Pakistani Navy's inventory.

DBDS draws attention as the third member of the Vessel Data Distribution Systems family of products, which was patented in 2013 and ranked first in the Turkish Electronic Industrialists Association’s Innovation-Creativity Competition in 2012.

It was also patented by the Turkish Patent Institute in 2014 as a Havelsan brand.

The system has been produced in its entirety domestically, from design to integration. The ratio of domestic contribution has come close to 75%, which was initially projected to be at 70%.

Having been subjected to long and extensive endurance tests as it will be put through harsh conditions in the submarine, the DBDS managed to overcome all these processes.

It is one of the three project packages developed by Havelsan for the New Type Submarine Project, one of Turkey's most important defense projects.

DBDS project includes a total of seven set system productions, six of which will be used in submarines and one in a test environment deployed on land.

As a domestic producer, Havelsan also contributes to the submarine project with nine batch packages and Mk. 48 torpedo integration, within the scope of the Warfare Management System.

When the construction of submarines is completed, the engineers of Havelsan will have their signatures on crucial components such as Warfare Management, Information Distribution and the Torpedo Fire Control System.