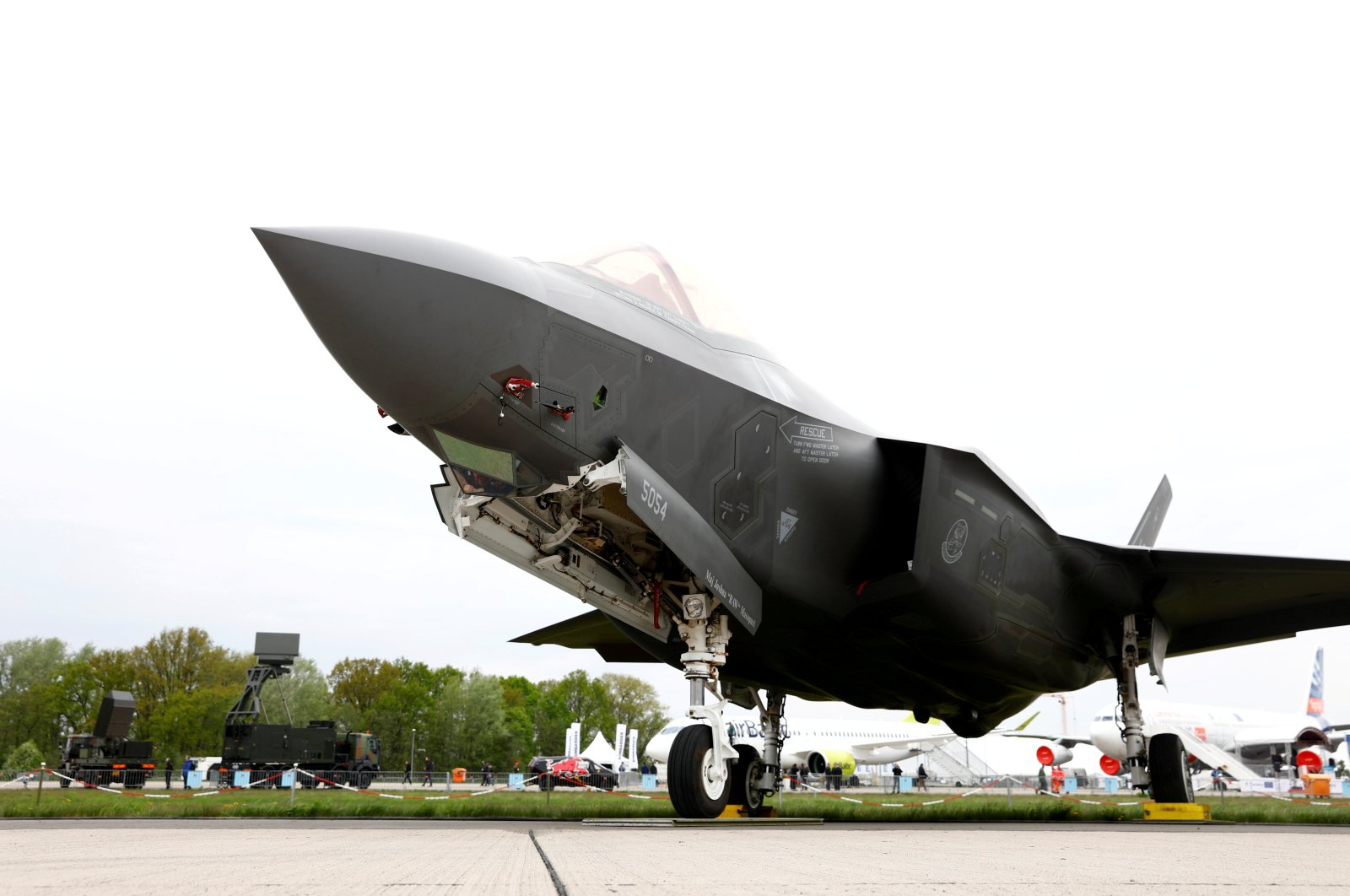 Ankara was suspended from the program nearly a year ago over its purchase of a Russian-made air defense system.

Demir was speaking at a panel organized by the Washington branch of the Foundation for Political, Economic and Social Research (SETA) on the defense cooperation between Turkey and the U.S.

He criticized Washington’s concerns on a NATO country’s use of a Russian system in terms of security, saying that Turkey has repeatedly stressed it will use the S-400 air defense systems as a single unit to protect its own weapon systems as well.

Turkey is ready for mutual work to find a solution for the concerns of Washington, Demir said, adding that Moscow has also explained its concerns in regard to the data of its S-400 systems, and Ankara is committed to protecting them.

The defense industry head stressed that it is not logical for Turkey to harm the program since it is a part of it, noting that, however, the U.S. is very close to agreeing to mutual dialogue.

"With the removal of our companies, there will be an increase of around $7 million to $9 million for each aircraft’s cost,” Demir said, which he pointed out all program partners would pay, not just Turkey.

Ankara has also repeatedly stressed that Turkey will continue manufacturing components for F-35 fighter jets through 2022, despite being unilaterally suspended from the program.

U.S. President Donald Trump recently confirmed that Turkey continues to produce key parts for the jet. Pentagon spokeswoman Jessica Maxwell said in late June that the U.S. will continue working with Turkish companies to produce some parts of F-35 jets until 2022.

Maxwell was quoted by Anadolu Agency (AA) as saying the companies would keep producing 139 components of the jets until 2022. “Our industry partners will carry out the continuing contracts,” she said, adding that the Pentagon was still looking for alternatives to Turkey.

Demir said now even third-party countries had contacted Turkey for those parts.

James Stavridis, the U.S.’ former Europe force commander, speaking at the same panel, said Turkey's geographical position is critical for the NATO alliance, and it is “also very important for the United States.”

Stavridis noted that Turkey has been successful in producing strong warfare systems, unmanned aerial vehicles being at the forefront, saying, “Turkey is extremely important for NATO’s fighting force with its military power and capacity that the country has reached today.” He noted that despite some tactical differences between the U.S. and Turkey, both countries need to understand each other in terms of strategic relations.

Washington announced last July, when the first Russian S-400 defense system units arrived in Turkey, that it was suspending Ankara from the Lockheed Martin F-35 stealth jet program and expected to “wind down” Turkey’s involvement by March 2020.

Ankara had planned to eventually acquire over 100 of the fifth-generation fighter jets, and Turkish firms have been manufacturing hundreds of components of the jet, from its center fuselage and engine propulsion system to parts for cockpit display systems and landing gear.

Turkish manufacturers are involved in building some 937 parts for the F-35, according to the Pentagon. About 400 of those parts are solely sourced in Turkey – meaning there is no other partner manufacturing those parts. The Pentagon had said the contracts would have been worth around $9 billion over the course of the program.

In its latest annual report, announced in May, the U.S. congressional watchdog, the Government Accountability Office (GAO), said the decision to expel Turkey from the program would be likely to compound already beleaguered supply chain issues.