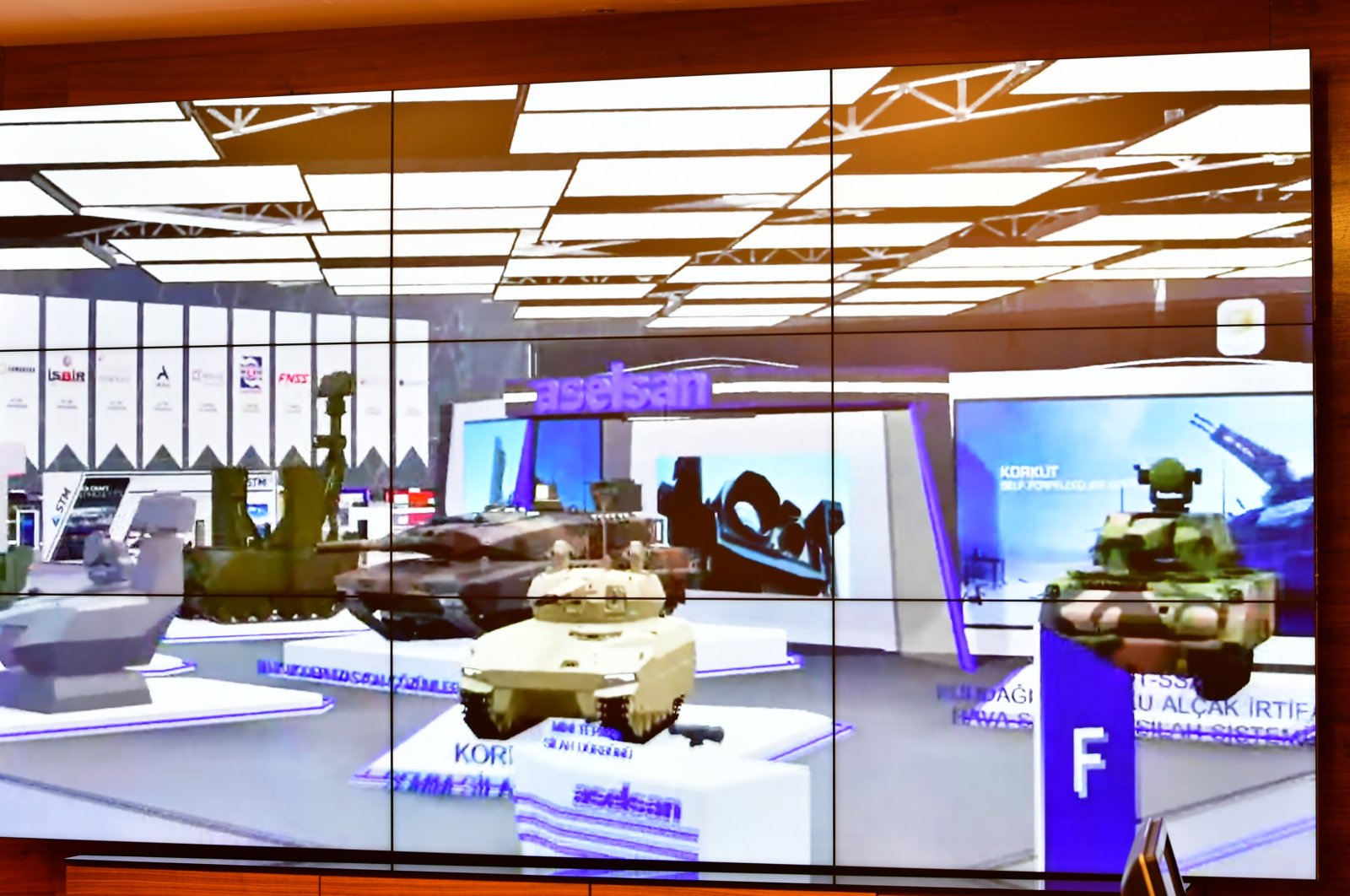 The five-month SAHA Expo, held through the application XperEXPO developed by Turkish technology firm BITES – an affiliate of the Turkish defense giant ASELSAN – will end on April 9, 2021.

The first week of the event will host virtual conferences with 300 participants.

Ilhami Keleş, the secretary-general of SAHA Istanbul, said companies exhibit their products through 3D stands in the expo.

Companies can also have virtual meetings with customers and exchange virtual invitations, catalogs and business cards.

The expo hosts 288 domestic and foreign companies and 355 3D-model products.

Delivering a speech during the opening ceremony, Turkish Industry and Technology Minister Mustafa Varank expressed that countries should develop unique technologies in order to gain their independence.

In 2005, there were no Turkish firms among the top 100 defense companies with the largest amount of global income, but now there are currently seven firms, the minister noted.

The support of the ministry was also instrumental for the success, he highlighted.

Also speaking at the event, Trade Minister Ruhsar Pekcan said the industry has managed to increase its exports by 10.4% year-on-year from January through October to $1.6 billion despite the coronavirus pandemic.

Exports of the industry amounted to some $2.4 billion in 2019, according to official data.

“From America to Asia, from Europe to Africa, the markets reached by our defense industry production are diversifying every day, and the market share and product diversity are deepening every day,” she noted.

SAHA Expo is the sixth virtual event with the support of the Trade Ministry, with the first five events hosting over 50,000 visitors, Pekcan said.

Virtual events will show Turkey's products and technological capacity to foreigners, she noted.

Haluk Bayraktar, the chairperson of SAHA Istanbul, said the event is the first virtual 3D defense expo in the world.

He also said the defense sector's efforts are critical for the country's army.

The event is also displaying the country’s first locally designed engines, TUSAŞ Engine Industries' (TEI) TJ300, and PG50 will be exhibited for the first time.

The turbojet engine TJ300 was originally designed to be used in medium-range ship repellent missiles, while with different configurations, it can also be used with several other platforms. It can produce a force of 1,300 newtons and nearly 400 horsepower, despite its compact diameter.

The TEI-PG50 engine is Turkey's first two-stroke aviation motor. It offers more power and a higher power/weight ratio than competing UAV engines in its class.

The fair was initially planned to be an in-person event in Istanbul but due to the COVID-19 pandemic was moved online.

The SAHA Istanbul Defence and Aerospace Cluster Association plans to organize the exhibition physically at Istanbul Expo Center on Nov. 10-13 next year.