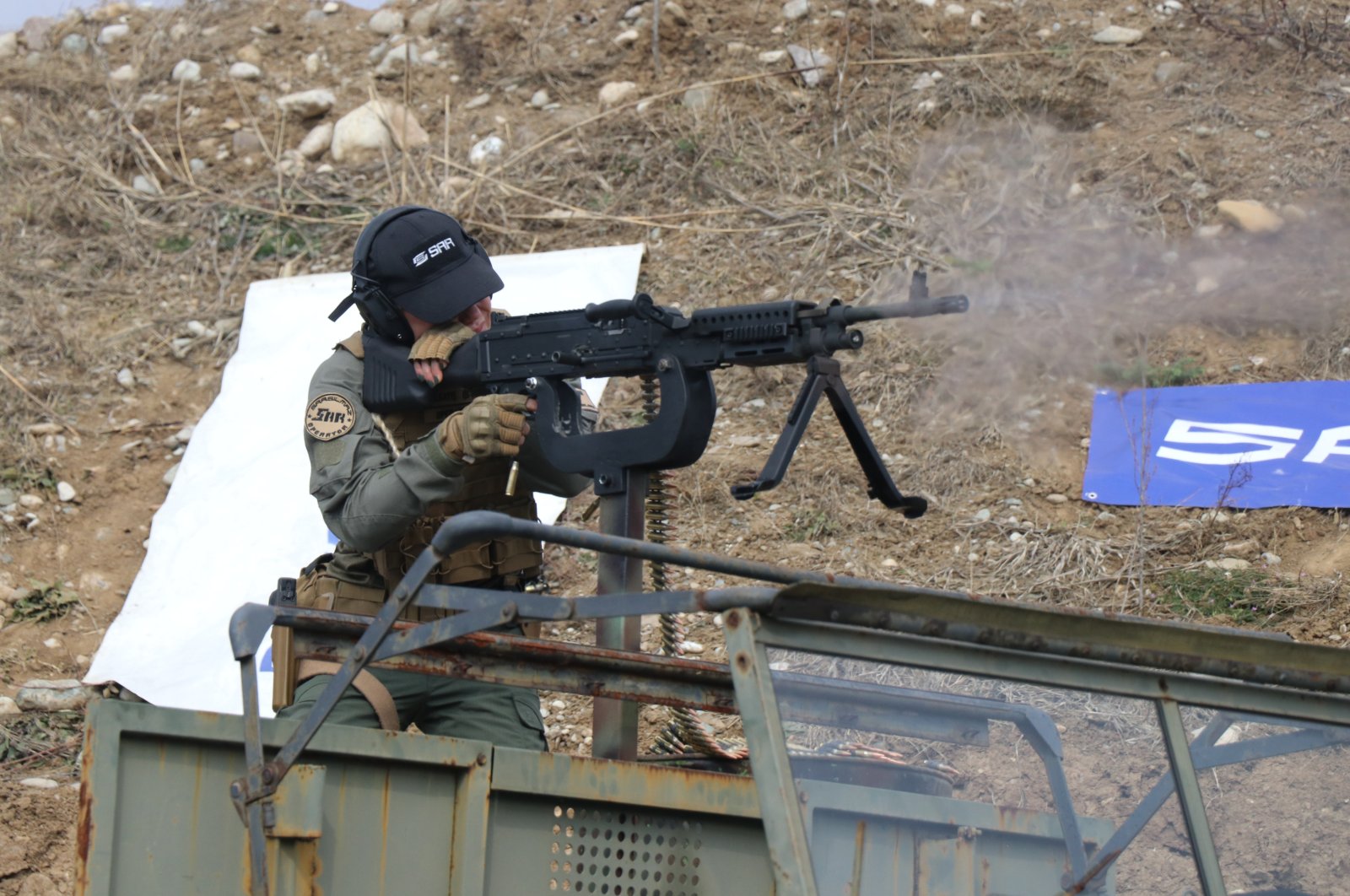 SAR 762 MT-type 12.7 mm heavy machine guns by Sarsılmaz, one of the prominent Turkish small-arms manufacturers, with a 1,200-meter range (3,900-feet) will contribute to Turkey's anti-terror efforts.

Speaking to Anadolu Agency (AA), Nuri Kızıltan, a senior executive at Sarsılmaz, remarked that the first batch of SART 762 MTs would soon be delivered to Turkish armed forces.

“This weapons will have an important role in our defense capabilities. It will also eliminate our dependency to foreigners. This is also a significant aspect. We are proud of that,” he said.

Underlining that the machine gun is indigenously made, Sarsılmaz praised the Turkish Presidency of Defense Industries' (SSB) contributions to improving the capabilities of the national defense sector.

He said the machine gun can be used by infantry teams and can be mounted on various armored vehicles, including main battle tanks.

“One of its most important features is its quick-changeable barrel. It will give opportunity to fire more frequently,” Kızıltan said.

Sarsılmaz has gained international recongtion with its high-quality weapons, which have recently been awarded many international honors.

The companies’ SAR9 pistol won the Reader's Choice Gold Award of U.S. Tactical Retailer defense magazine in February. It was its second award in the handgun category since the beginning of this year. Previously, in January, another version of the SAR9, the SAR9X Platinum, was awarded the 2020 Editor’s Choice Award of the U.S.-based On Target defense magazine.